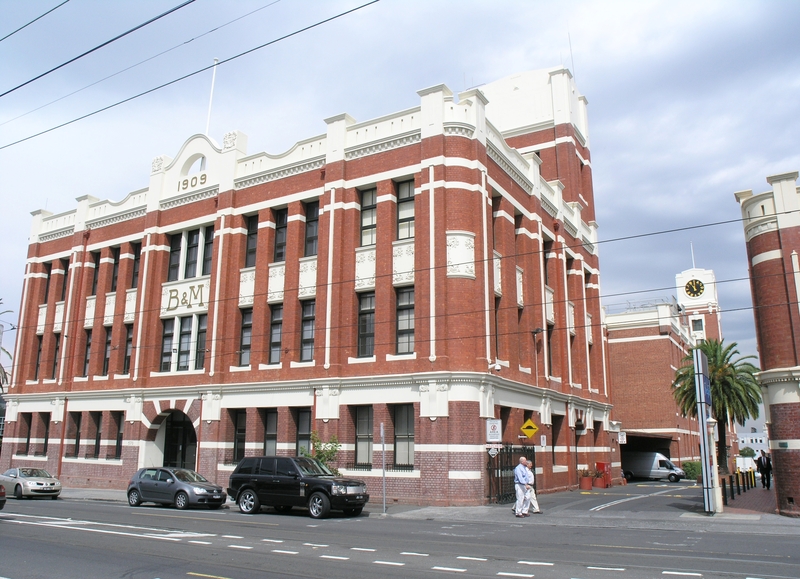 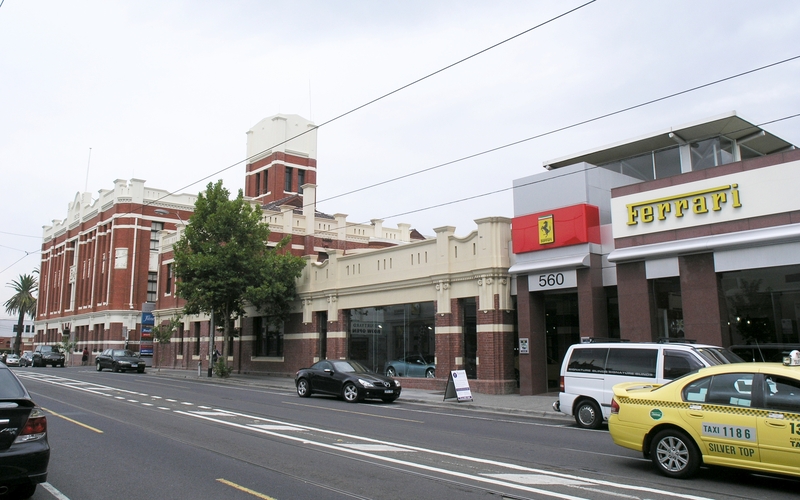 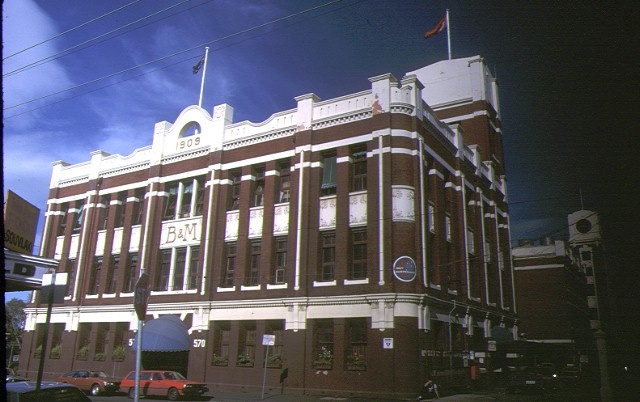 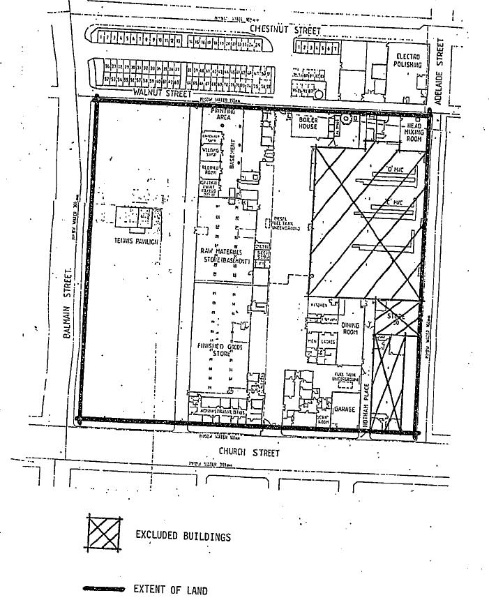 The former Bryant and May Industrial Complex in Richmond is a superb, largely intact Edwardian factory complex. The existing complex was built in 1909 to a design by William Pitt. The builder was Clements Langford. A further section was added behind it in 1910 and in 1917 a dining hall was constructed. The machinery for the factory was made in the USA, but none of it survives. A further building programme in 1921-22 included the western extension of the factory, a new chimney stack and boiler house, and offices and Brymay Hall, all designed by Klingender and Hamilton. The builder for the extension was T. Donald and Co. The 1909 offices were extended in 1934 by Arthur and Hugh Peck, architects. The 1920s saw the introduction of many staff amenities, including the tennis courts, basketball courts and a bowling green.

The former Bryant and May Industrial Complex is of historical, architectural and social significance to the State of Victoria.

The former Bryant and May Industrial Complex is of historical significance as evidence of the development of industry in Melbourne from the early 20th century. The history of the Bryant and May complex reveals a great deal about the history of manufacturing in Victoria. The English firm Bryant and May began manufacturing matches in Australia in 1885. It occupied two sites in Richmond and amalgamated with another British match manufacturer operating in the suburb before the growing size of its operations and workforce necessitated the construction of the existing complex. With 280 employees, Bryant and May had become a major employer, and in 1909, as a result of the merger and to accommodate new processes and increased production, a new factory was built adjacent to its old factory, a former brewery. These initial years show the importance of British capital in the development of Victoria's industry. The various changes in the buildings over the years can be directly related to the introduction of protective tariffs, their removal and the dumping of matches from overseas, and technological innovations. Machinery was regularly updated to cope with new processes and the declining use of wax matches. The consumption of matches generally had declined and together with strong overseas competition forced the firm to diversify and merge yet again. By the late-1980s, the company had vacated the factory, reinforcing the pattern of de-industrialisation of Melbourne's inner suburbs.

The former Bryant and May Industrial Complex is of historical significance as a rare surviving example of model factory conditions and amenities. The complex was run as a model factory and reflected the Quaker principles of the original English founders. Evidence of the amenities provided for its workers such as the tennis courts and dining room is still substantial. One of the first industrial nurses in Australia was employed at the factory from 1922.

The former Bryant and May Industrial Complex is of architectural significance for the quality and cohesion of its architectural development and for its association with the important Melbourne architect, William Pitt. The factory complex is one of the finest remnants of Richmond?s industrial heyday and its substantial intactness provides an excellent indication of industrial organisation and design of the early 20th century. Pitt designed the complex towards the end of an eminent career that was innovative, prolific and wide ranging. Other significant industrial buildings for which he was responsible were the Denton Hat Mills in Abbotsford and the Foy and Gibson complex in Collingwood.

The former Bryant and May Industrial Complex has social significance as an important long-term part of the Richmond and inner Melbourne landscape. The factory was initially important as a large employer in working class Richmond, but has over the years also become a prominent landmark for both local residents and other residents of Melbourne. Its clock tower has been a familiar sight to generations of train travellers and visitors to the Melbourne Cricket Ground, and the complex has featured in films and television programs set in Melbourne. Bryant and May's 'Redheads Matches', intimately associated with the factory, are still a well-known commercial icon in Victoria.