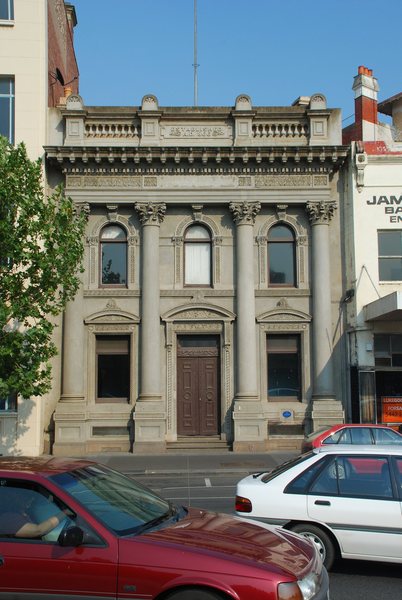 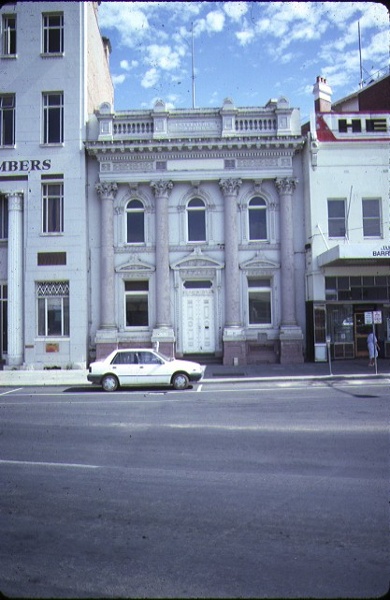 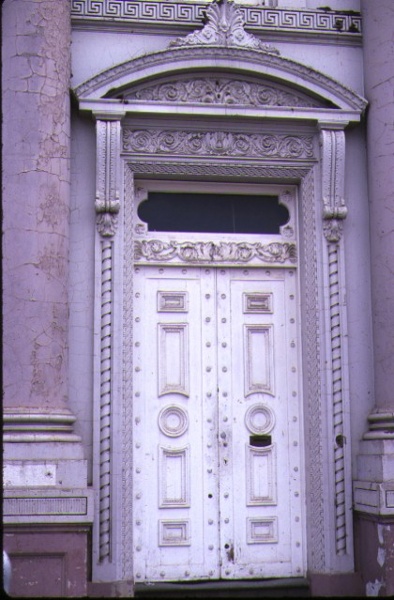 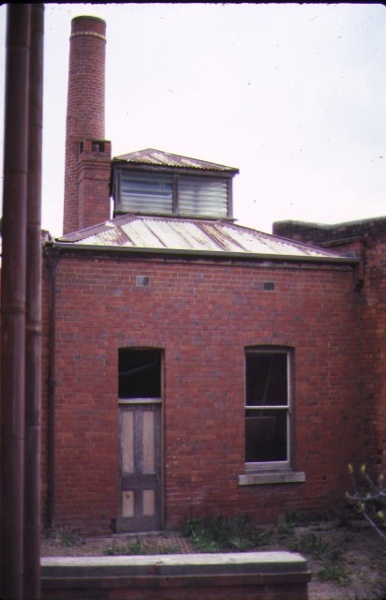 What is significant?
The former Commercial Bank of Australia was erected in View Point, Bendigo in 1875 to a design by local architects, Vahland and Getzschmann. It was one of a number of banks established in this location from the 1850s, and the street subsequently developed as a commercial centre of the town.

Economic growth occurred in Bendigo as a result of the town's successful alluvial goldfields, which were worked into the late 1860s, and the subsequent establishment of extensive quartz mines. Rich reefs ensured economic stability, with half the workforce employed in mining into the 1880s. A large number of banks were constructed in the town centre to support the mining activity and the majority of these were located in View Point. The former C.B.A. bank occupied premises in Pall Mall before a new site in View Point was purchased in 1874.

Occupying a triangular site, the former C.B.A. bank building has a rendered, two storey facade of three bays, designed in the Renaissance Revival style. Four giant order engaged Corinthian columns support an entablature and balustraded parapet above. Rectangular openings at ground floor level are surmounted by segmental arched pediments and windows of the first floor are arch-headed. Ornate detailing is a feature of the classical facade, including Roman guilloche moulding, typical of the Renaissance, ribbon moulding and a Greek key frieze.

The banking chamber itself is elaborately decorated and is lined with a colonnade of Corinthian columns and a coved lantern lit ceiling.

The building underwent extensive restoration in 1987.

How is it significant?
The former C.B.A. bank, Bendigo is of architectural and historical significance to the State of Victoria.

Why is it significant?
The former C.B.A. bank, Bendigo is of architectural significance as a fine example of the work of the prolific local architects, Vahland and Getzschmann. Together with a wide range of buildings designed by this firm, the C.B.A. bank stands as an important example of their work in Bendigo. It is an important element in the View Street streetscape, one of the finest precincts of nineteenth century buildings in Victoria.

The former C.B.A. bank, Bendigo is of historical significance due to its association with the development of Bendigo, a major centre for gold mining in the nineteenth century. The elaborately decorated building demonstrates the prosperity of Bendigo and the importance of the bank in a gold mining centre. It is illustrative of the civic development that occurred as a result of the mining industry and specifically the commercial development in this locality. View Point became the financial centre of Bendigo and this bank is one of at least seven erected along View Point from the 1860s.
[Online Data Upgrade Project 2004]