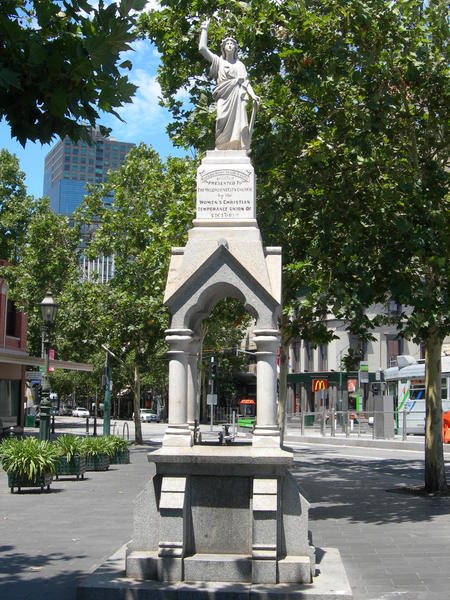 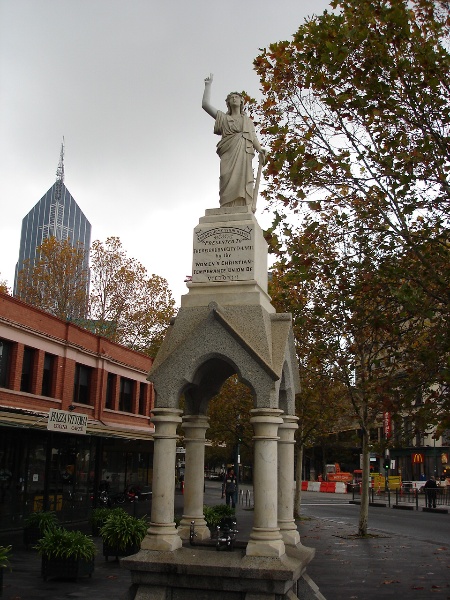 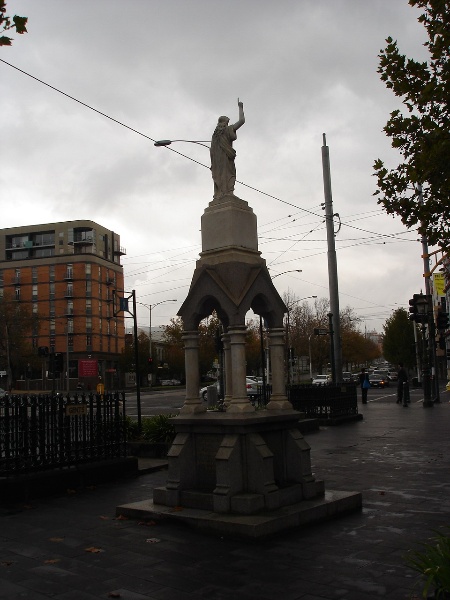 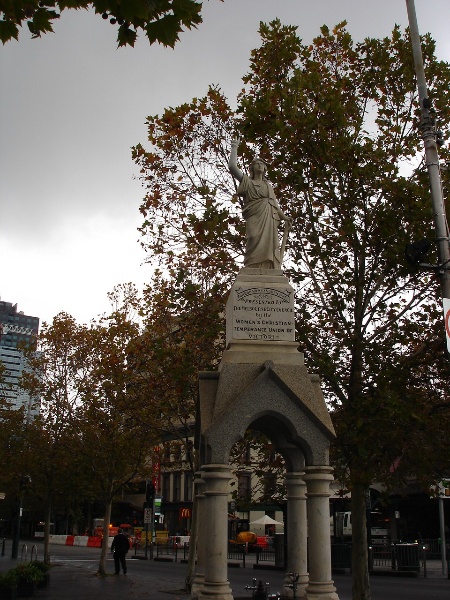 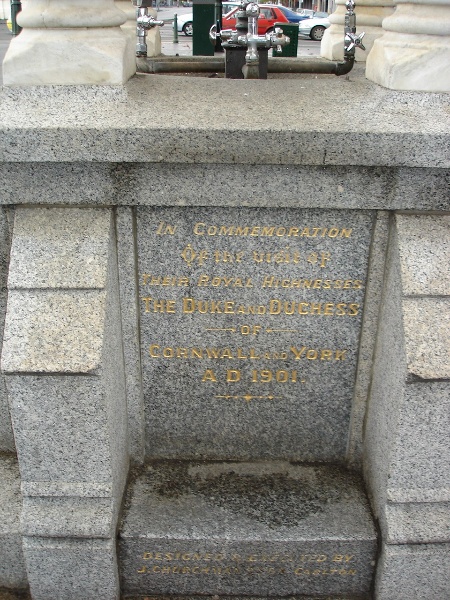 The Women's Christian Temperance Union drinking fountain which stands opposite the Queen Victoria Market in Elizabeth Street, Melbourne, near the corner of Victoria Street, was erected in 1901.

The Melbourne Branch of the Women's Christian Temperance Union (WCTU) was founded in 1887. The model was directly inspired by the WCTU that had been founded in the northern States of America in 1874. The American Branch sent out 'world missionaries' to help found branches in other countries. Mary Clement Leavitt visited Australia and New Zealand in 1885 and inspired the creation of a number of branches throughout the Australian colonies, in both rural and city areas, but the largest branch was in the Colony of Victoria. The WCTU was an influential organisation run for and by women and was involved in many social reform campaigns, as well as temperance, including, most notably, the vote for women. The WCTU realised that if women had the vote they could influence social policy and legislation. Meanwhile the Union was active campaigners with petitions, letter writings, education programs and meetings.

As a part of their temperance concerns, the Union agitated for the provision of clean drinking water in public places, in particular, drinking taps and fountains. These were usually sited outside institutions where large numbers of people congregated and were sometimes opposed by publicans who feared losing thirsty customers. In 1900 to commemorate Federation and to coincide with the visit of the Duke and Duchess of York (later George V and Queen Mary) the WCTU decided to donate a fountain to the City of Melbourne.This was duly accepted by Melbourne City Council. It was initially intended to locate this near the new central Flinders Street railway station but eventually was installed near the market. While the WCTU hoped that the Duchess would unveil the fountain, the inscription merely notes that the fountain was "in commemoration" of their visit.

The granite and marble fountain was erected for the sum of 250 pounds, and was designed and erected by J. Churchman and Sons rather than a celebrated sculptor. Churchman was a monumental mason who lived and worked near the Melbourne General Cemetery in Carlton. Churchman's involvement may explain the 'funereal' appearance of the fountain. It has a stone drinking bowl with a Gothic style canopy upon which stands a plinth and a figure of a woman in classical robes pointing towards the heavens. Inscribed on the fountain is the WCTU motto "For God, Home and Humanity". Inscriptions also note the dedication, "In commemoration of the visit of their Royal Highnesses the Duke and Duchess of Cornwall and York" , and the designer and manufacturer of the fountain. Bubbler taps were later installed in the fountain to avoid the transmission of disease.

The Women's Christian Temperance Union drinking fountain is of historical significance to the State of Victoria.

The Women's Christian Temperance Union drinking fountain is of historical significance for its association with the Temperance Movement in Victoria in the late 19th and early 20th Century. The fountain is a physical manifestation of the WCTU's concern to provide an alternative to alcoholic drinks.

The Women's Christian Temperance Union drinking fountain is of historical significance to the State of Victoria for its association with the Women's Christian Temperance Union which was the biggest and most influential of the various women's organisations in Victoriain the late 1890s. The WCTU introduced large numbers of women to political activity, linking temperance and women's suffrage as a means of achieving a variety of social reforms.