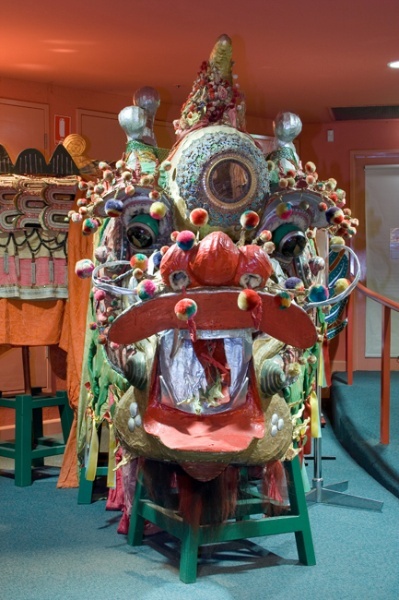 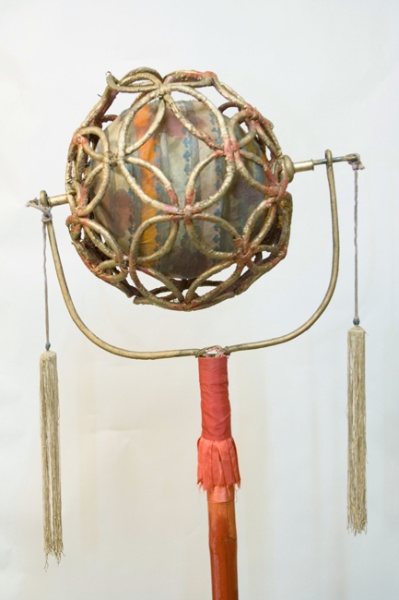 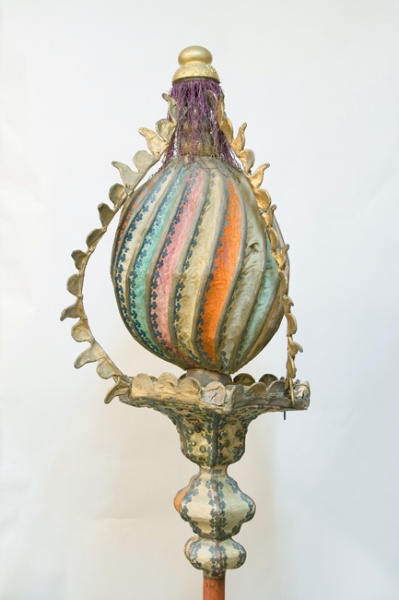 Loong is a ceremonial Chinese Dragon with its associated regalia of Pearl and Flame which is held in the collection of the Golden Dragon Museum, Bendigo.

Chinese participation in the Bendigo Easter Fair is a rare surviving cultural practice of Chinese involvement in similar events, which also took place in Melbourne, Beechworth, Ararat, Ballarat and other gold mining towns in the nineteenth century.

According to Chinese tradition the dragon is a mythical creature with the attributes of a number of animals. The dragon has associated regalia in the form of a pearl (or teaser) and a flame. In procession, dancers carrying Loong's pearl and flame preceded the dragon. The pearl was intended to entice the dragon to join the procession and encourage him to play while the flame symbolised the power of the dragon. The pearl and flame were imported from China, possibly in the nineteenth century.

The Easter Fair has since 1871 raised money for the Bendigo Benevolent Home and Asylum and the Bendigo Hospital. The Chinese took part in the annual Easter Fair celebrations from 1879, providing traditionally dressed actors and dancers for the procession in the streets of Bendigo. From 1892, a dragon provided a focus for the Chinese contribution to the festivities and was extremely popular with the whole community. Two large dragons and one small dragon participated in the Federation celebrations held in Melbourne in May 1901. It appears that one of the large dragons was Loong and the other large dragon may be the one now held at the See Yup temple in South Melbourne.

There is slight doubt as to the date the present Loong was made and imported from China as there were a number of dragons in use in Bendigo and Melbourne at the time, and there are contemporary newspaper reports from Bendigo and Melbourne of dragons and regalia being imported in 1892, 1901 and 1906. Ceremonial dragons are fragile items made of organic materials and some of the dragons described in contemporary sources no longer exist. However the State Library of Victoria holds a photograph of a dragon in front of Parliament House at the Federation celebrations. This photo is securely dated to May 1901 and was definitely taken during the Federation celebration. The details of the dragon's decoration and regalia are almost identical to the existing Loong. The only minor differences seem to be loss of ornament on the chin and sides of the face which are likely the result of later restorations. Therefore Loong almost definitely dates from 1901 at least and may be earlier.

Whether Loong dates from 1892 or 1901 does not diminish his significance as a rare surviving artefact relating to the Chinese in Victoria.

Loong is a five clawed or imperial dragon. His head is made from papier- mâche and coloured silk over a bamboo frame, with applied mirrors, paint, coloured paper, metals, pom poms, wire, silk, padded silk, cotton and feathers. The body is made from a bamboo frame covered in fabric (probably not original) with scales made from mirrors, coloured padded silk, cardboard, papier-mâche and a three layered loose fabric skirt with silk tassels. It was intended to be carried by a large number of dancers in procession. The dragon was constructed in sections, and was originally about sixty metres in length but is now about forty metres. The dragon has associated regalia in the form of a pearl or teaser and a flame. In procession, dancers carrying Loong's pearl and flame preceded the dragon. The pearl was intended to entice the dragon to join the procession and encourage him to play while the flame symbolised the power of the dragon. The teaser is made of wood, silk, cane and wire, decorated in red and gold with streamers on the pole and a red wooden handle. The flame was imported from Canton and is made of papier-mâche, silk, wire and wood, decorated with green, red and gold stripes resting on an inverted bell-shaped holder on a bamboo pole. The holder is decorated with peonies, symbols of spring.

Loong, the Chinese Dragon, and its regalia of Pearl and Flame satisfies the following criterion for inclusion in the Victorian Heritage Register:

Loong, the Chinese Dragon, and its regalia of Pearl and Flame are significant at the State level for the following reasons:

Loong, the Chinese Dragon, and its regalia of Pearl and Flame are significant for their association with the history of the Chinese in Victoria. They demonstrate the customary Chinese practice of joining in local performances and processions to raise money for local charities, and the use of the Dragon over a long period in the Easter Fair Procession in Bendigo. (Criteria A and G)

Loong, the Chinese dragon, and its regalia of Pearl and Flame are also significant for the following reasons, but not at the State level:

Loong, the Chinese Dragon and its regalia of Pearl and Flame are significant as rare surviving artefacts of historic and continuing Chinese cultural practices of dragons participating in Bendigo community parades. Loong retired from the annual Bendigo Easter Parade in the late 1960s due to his age and fragility but is still very occasionally paraded. The traditional ceremonies of blessing and awakening Loong before parades also continue and were last performed with Loong at the start of the year of the dragon in 2012 when Loong together with his Pearl and Flame were paraded in order for him to inspect the refurbished temple precinct.