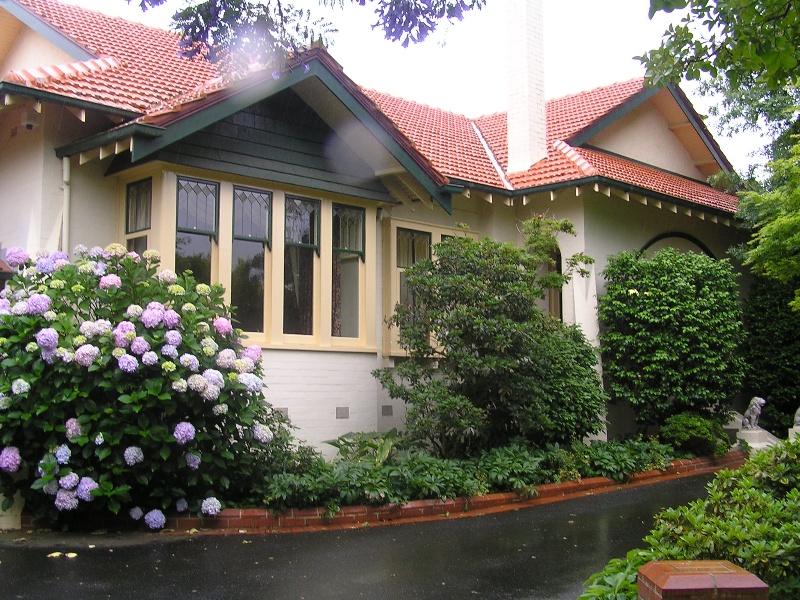 1199 Burke Road is of local historical and architectural significance. It is an interesting example of a residence of the late 1910s which adopted aspects of the bungalow form, being emphatically single-storied, informal, comfortingly domestic in bearing, elegant in expressing horizontality and line, providing for the car, generous in its fusion of porch and verandah, open in its internal plan. Stylistically, however, it demonstrates a continuing attachment to the Federation and Arts and Crafts detailing of the early twentieth century.

The Sackville Street Precinct, Kew, is an area of heritage significance for the following reasons:

- The place contains a number of individually significant mansions generally dating from the late Victorian period, set on generous allotments. These are supported, visually, by a series of smaller houses which range in date from the Victorian era to the Federation and interwar periods. There are several pleasant houses from the post- WWII period.

- As is the case for Harcourt Street Hawthorn (HO151), the area is important for its ability to demonstrate a pattern of early mansion development supplemented by smaller houses added from the Federation through to more recent periods.

- The area is notable for its imposing envelope of street trees which arch over the street for most of its length, and for its large and mature gardens.