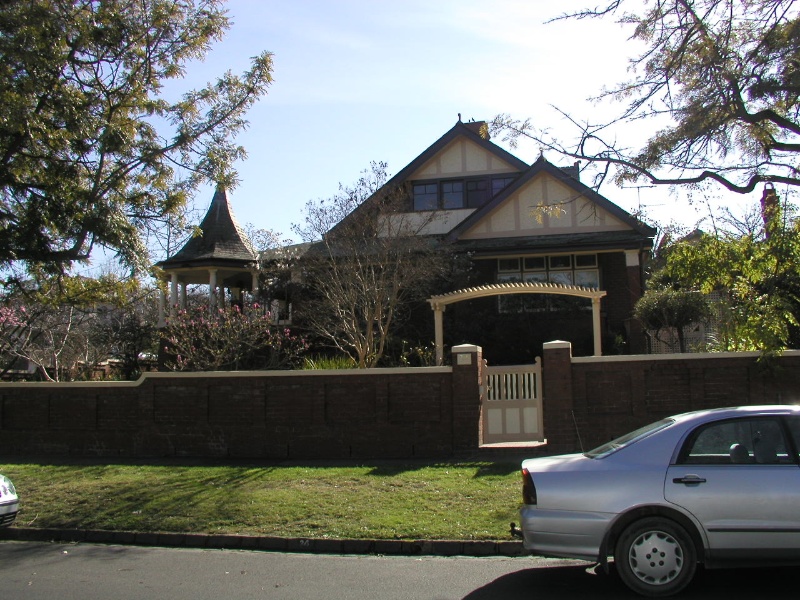 34 Stevenson Street, Kew is of local historical and architectural significance as a good and externally highly intact example of a brick attic-storey house of the late Federation period, its simplified form suggestive of the shift toward the interwar bungalow forms. The house addresses its corner inventively through the use of a tower element, and otherwise features broad, simple and bold massing for its day. Its attic storey treatment predates interwar attic bungalow designs common in the Kew and Camberwell areas. The house retains its original fence, albeit modified at one end.