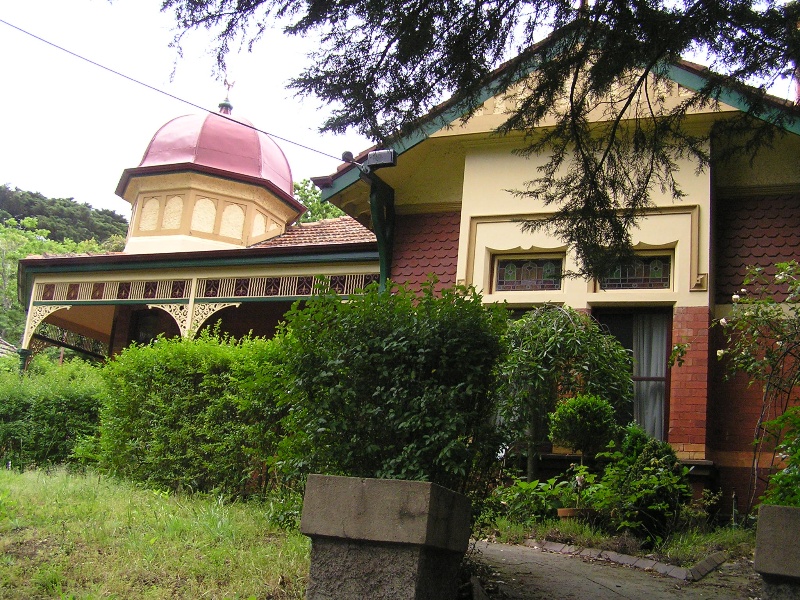 Designed in 1891 by little-known architect, J Charlesworth, Kantara, 622 Riversdale Road, Camberwell, is of local historical and state architectural significance as an early example of Australian Federation villa design. Kantara shows all the frontal characteristics of an Australian Federation house, but does so in the earliest period of Federation architecture. As an early expression of the new Federation architecture, it is paralleled by relatively few other published designs. The design draws together a range of generally compatible themes; of particular note are the integral verandah roof and dramatized corner tower (cupola) expression, both usually only seen in much later Federation designs, and the detailing to its main bay. The building is intact as viewed from the street and has a sympathetic garden setting which may retain elements of an early garden layout.