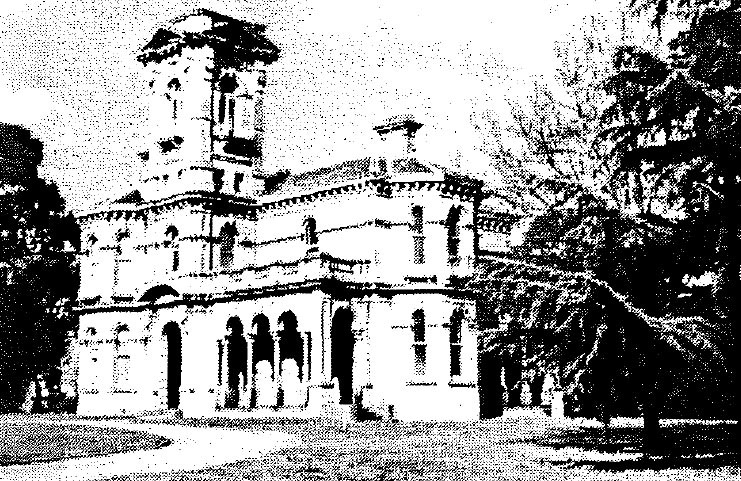 Architecturally: Considered with Frognall, both as fully developed examples of the Italianate style, Parlington is among the best of its style and scale group : both being distinguished by the high integrity, application of ornate cement detailing and the dynamic composition employed in both buildings as aided by their towers and overall three-dimensional treatment: of State importance.

The building also has significance for its intact unpainted rendered facade and intact interior with its elegant staircase, splendid stained and frosted glass, the servants' bells throughout and original gas fittings in the hall and front room also the intact stable and coach house block with its original timber stalls and feed-boxes. The curved carriage drive with its ovaloid lawn design as shown on a 1905MMBWdrainage plan still remains, providing part of the original setting.

Historically: Parlington, with its distinctive tower illustrates well the lifestyle of the affluent merchants and businessmen who flocked to the suburbs of Camberwell, Canterbury, Surrey Hills and Glen Iris during the boom years of the 1880s following the extension of the railway system.

Parlington's site has associations with 19th century railway development through its occupancy by William Elsdon, Chief Engineer of the pioneer Melbourne and Hobson's Bay Railway Company in the 1850s and then of the site in the 1870s prior to the extension of the railway to the Camberwell area.

The house has associations from the 1890s until the turn of the century with the pioneer Australian brewer, Albert Terry, who died at Verulam (the earlier name for Parlington) in August 1907: of State importance.

Distinguishable As A Pre-Subdivision House, In A Largely Edwardian Context And, Importantly, identifiable as the near twin of Frognall, each visible from the other's tower.