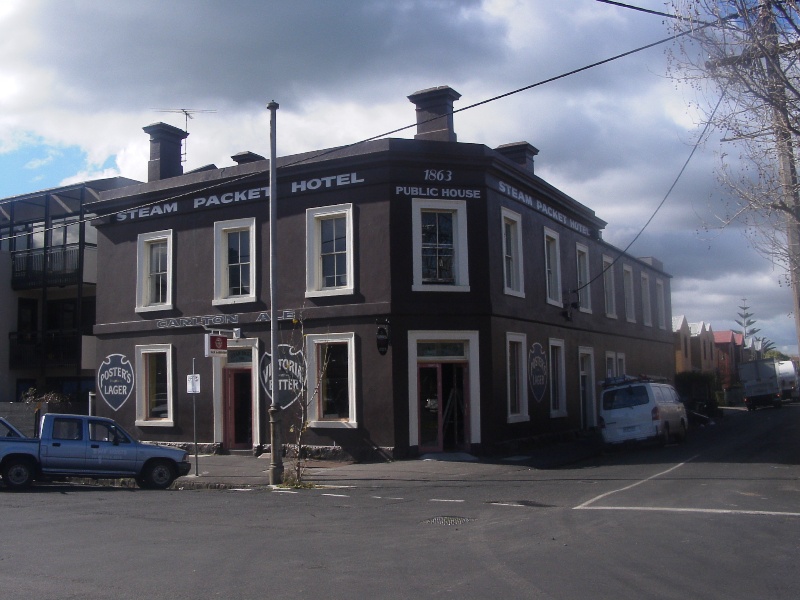 The Steam Packet Hotel, designed by Alfred L Smith and constructed in 1862-63, at 13 Cole Street, Williamstown.

The Steam Packet Hotel is of local historic, aesthetic and social significance to the City of Hobsons Bay.

Historically, it is significant as one of the earliest surviving hotels in Williamstown and is notable for its continuous use as a hotel since it was constructed in 1862-63. It is representative of the development associated with the Port of Williamstown during its most prosperous period in the mid to late nineteenth century and demonstrates how hotels were established in proximity to the commercially important waterfront. (AHC criteria A4 and H1)

Aesthetically, it is significant as an intact example of a traditional hotel with typical form and corner siting and is notable for its early construction date and near original condition. It makes an important contribution to the historic character of Cole Street and the Government Survey precinct. (AHC criteria E1 and F1)

Socially, it is significant for its strong associations with the local community as a social centre and meeting place over a long period and demonstrates the importance of hotels in the early development of port communities like Williamstown. (AHC criterion G1)