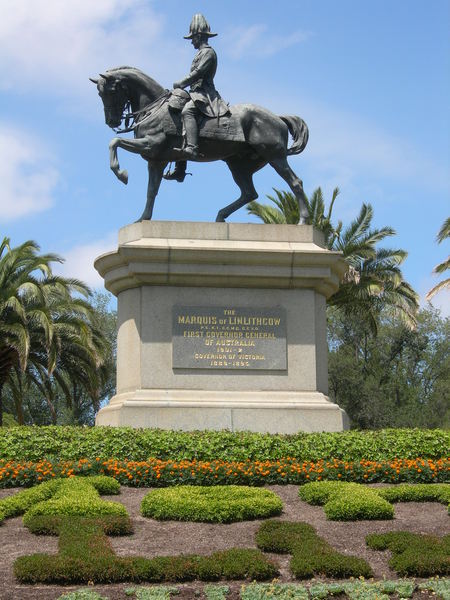 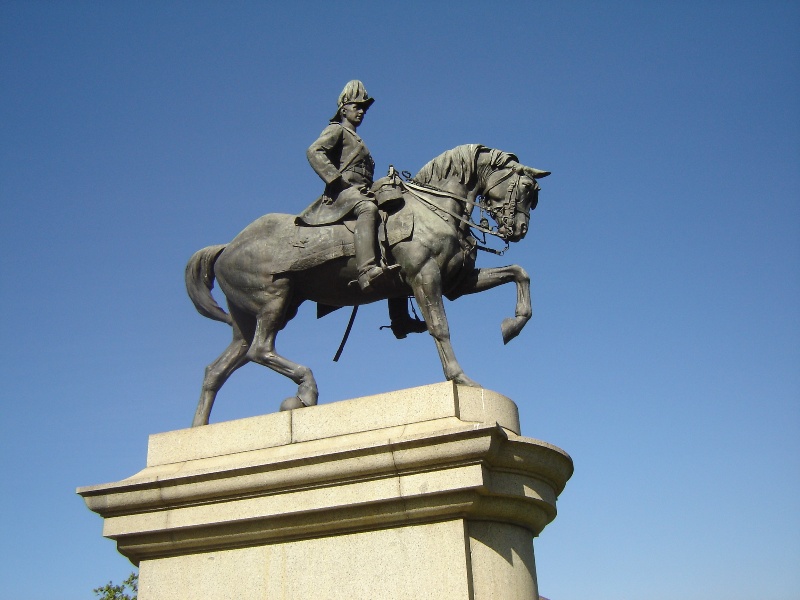 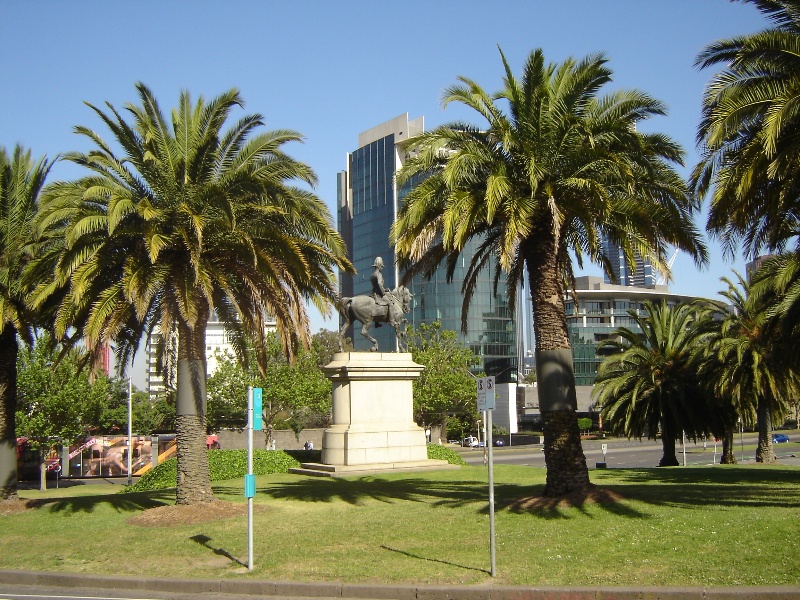 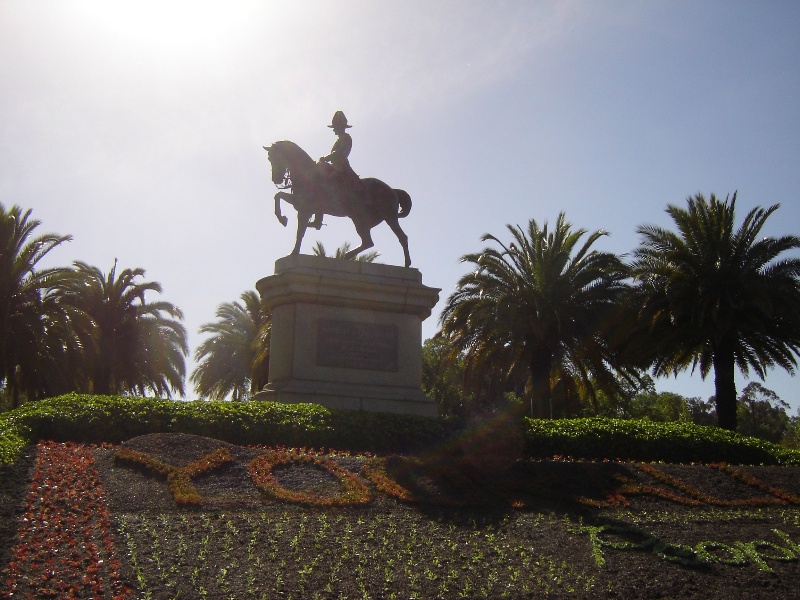 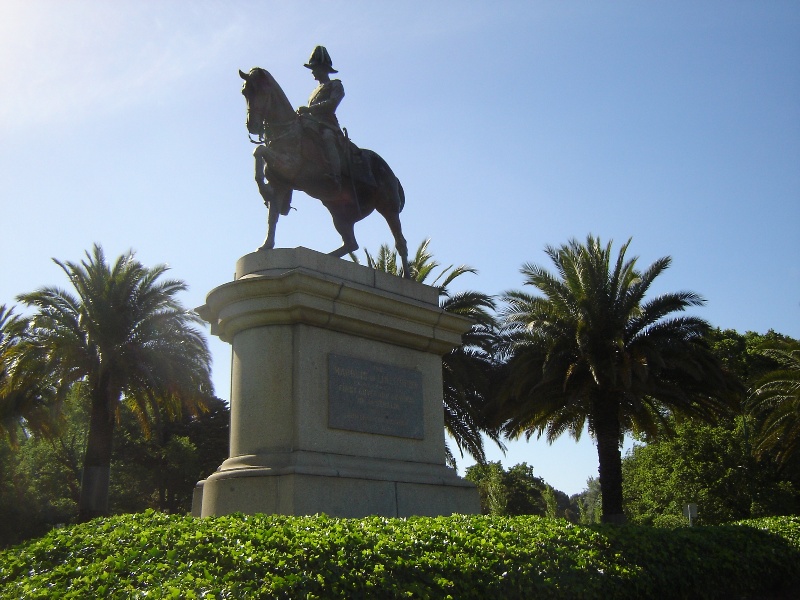 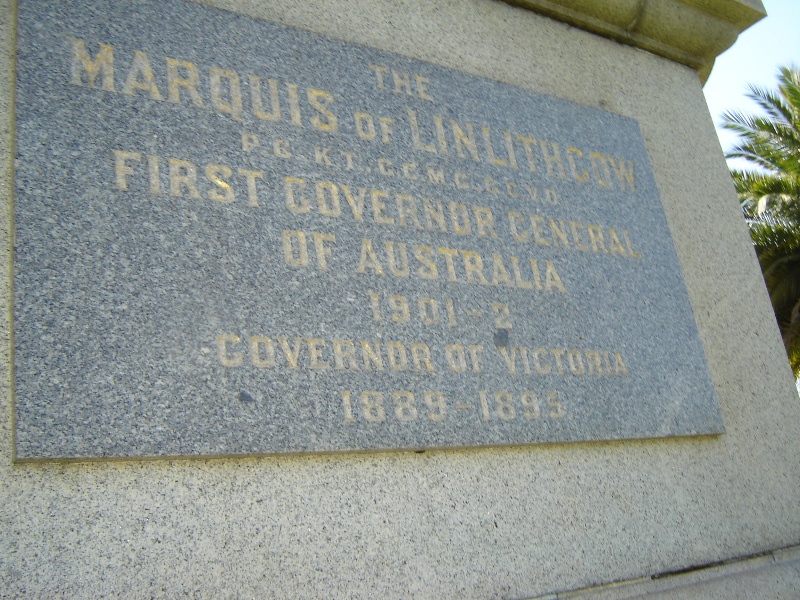 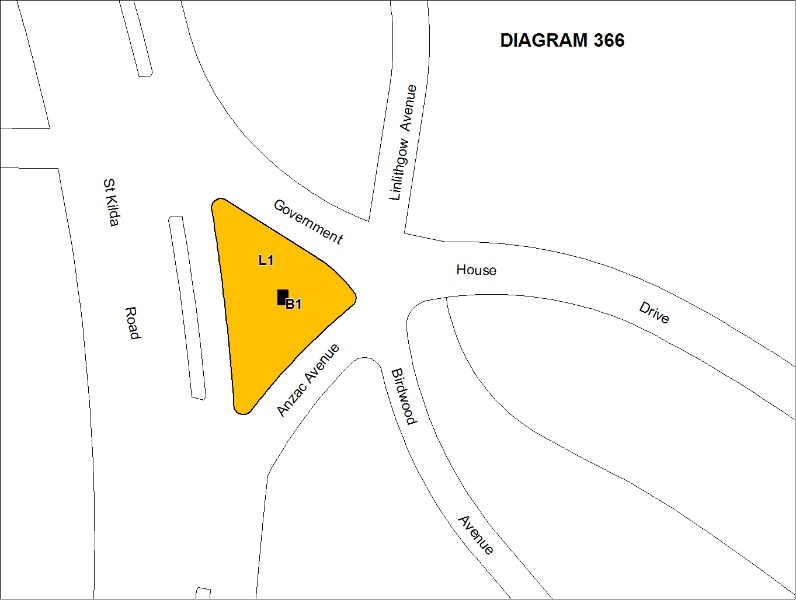 The Marquis of Linlithgow, John Adrian Louis Hope Hopetoun, the Seventh Earl of Hopetoun (1860-1908) was the Governor of the Colony of Victoria from 1889 to 1895 and the first Governor General of Australia (1901-1903). His appointment as Governor reflected the change in the role of Governor from public servant and administrator in the early years of the colony, to the representative of the constitutional monarchy by the end of the nineteenth century. When Governor of Victoria the Earl of Hopetoun was a popular figure in Victoria making speeches, cutting ribbons, hosting entertainments and visiting rural towns. His years as Governor General were not as successful. He originally asked the Premier of New South Wales (William Lyne) to form the first Commonwealth Government. Lyne did not have popular support and Hopetoun then commissioned Edmund Barton to form government. Later Hopetoun resigned over the refusal of the commonwealth parliament to raise his salary and expense allowance. The title of Marquis of Linlithgow was bestowed after his return to England.

After his death a public meeting was held in Melbourne and it was agreed that a fund be created for the erection of a Statue "which would be a lasting monument to our veneration and regard for the late Lord Linlithgow". A statute would "fittingly record the admiration of everyone for our first Governor General". It was also intended to commemorate the establishment of the Commonwealth.

A committee was formed of many prominent citizens including the Lord Mayor of Melbourne. A call for subscriptions was made to all municipalities, banks, insurance companies, Scottish and Caledonian societies, sporting clubs and ladies societies. Subscription for small amounts usually under ₤5 were received from organisations such as the Nurmukah Caledonian Society and the Commonwealth Ladies Rifle Club. The Committee also organised a competition for the design of the statue. The Committee received ten designs from Australian and British sculptors. W Birnie Rhind, from Scotland, was awarded the commission after agreeing to the overall cost of ₤1500. Rhind was already represented in Australia by his statue of Colonel Light in Adelaide erected in 1905.

The Marquis of Linlithgow memorial is an equestrian portrait in military uniform as Commander in Chief of Australia. The bronze figure of the Marquis has been placed on a substantial classically inspired pedestal made of Harcourt granite. Rhind aimed to provide a "correct likeness" of the Marquis which was approved by his family.

The Marquis of Linlithgow Memorial was unveiled on 16 June 1911.

The Marquis of Linlithgow Memorial is of historic and aesthetic significance to the state of Victoria.

The Marquis of Linlithgow Memorial is of historical importance as a commemoration of the first Governor General of Australia and his role at the time of Federation.

The Marquis of Linlithgow Memorial is of aesthetic significance to the State of Victoria as a part of the beautification of Melbourne with appropriate parks, gardens and memorials.