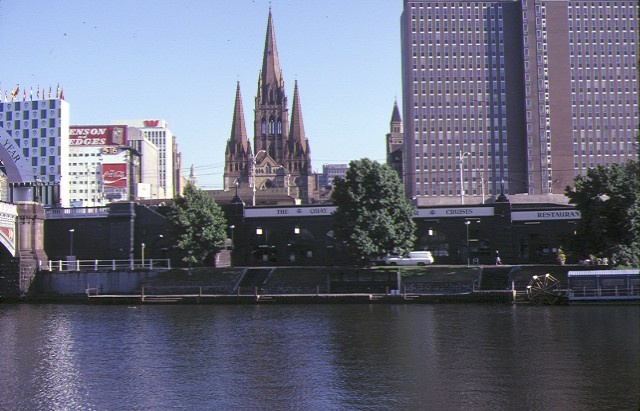 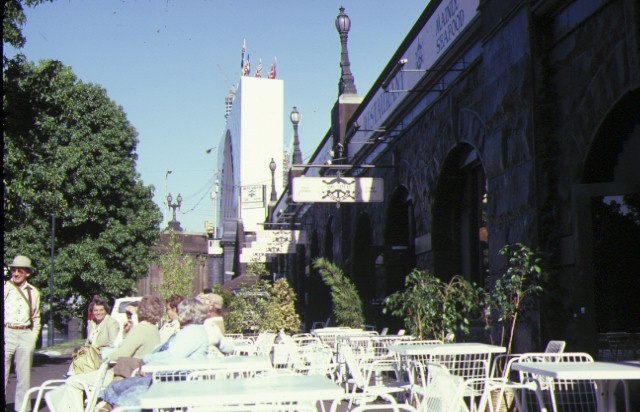 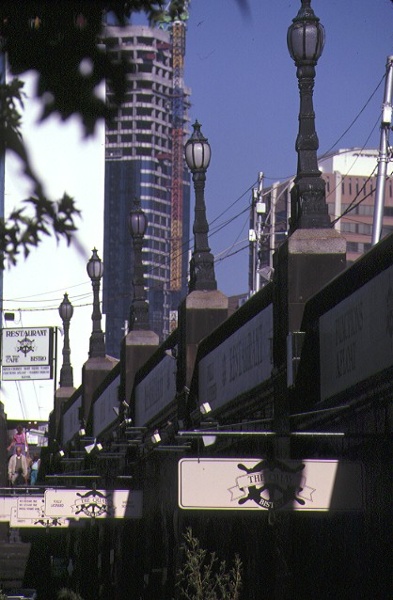 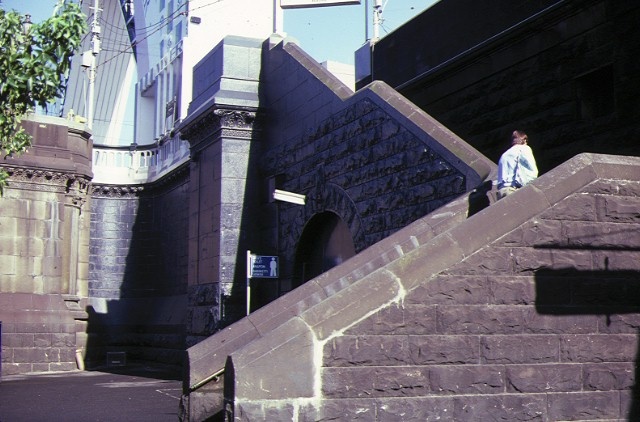 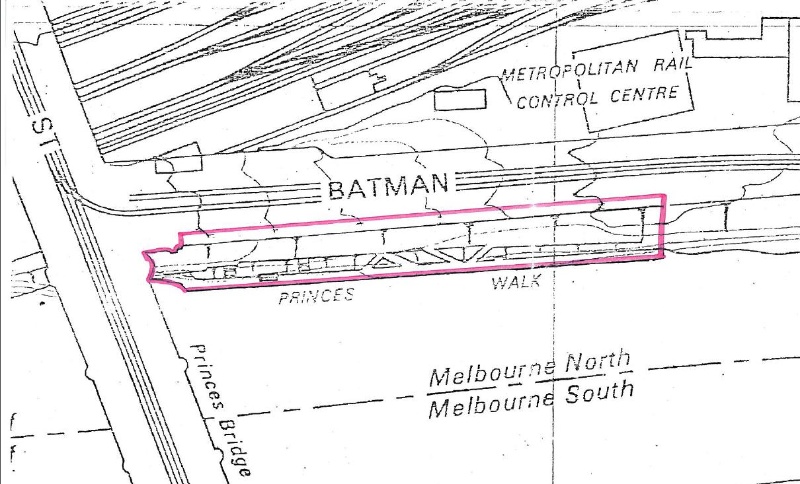 The Princes Walk Vaults were constructed for the City of Melbourne in 1889/90 by AW Mckenzie. The vaults are part of the major works involved in the construction of the new Princes Bridge. The previous Princes Bridge, dating from 1850, had to be replaced as part of the widening of the Yarra River to deal with flood problems, and to deal with increased traffic from the southern suburbs. Construction associated with the vaults included the rail connection of the Princes Bridge and Flinders Street Railway stations, and the realignment of Yarra Bank Road, now known as Batman Avenue. The realigned road was carried up and over the vaults to intersect with St Kilda Road. The retaining wall is approximately 200 metres long. The twenty barrel vaulted cells with openings facing the river are constructed of brick and are faced in coursed rusticated Malmsbury basalt. The ten supporting piers are capped with Harcourt granite and support cast iron light standards designed in a similar fashion to those of Princes Bridge. The stairway design is from Grainger's original design for Princes Bridge.

The Princes Walk Vaults are of historical and aesthetical significance to the State of Victoria.