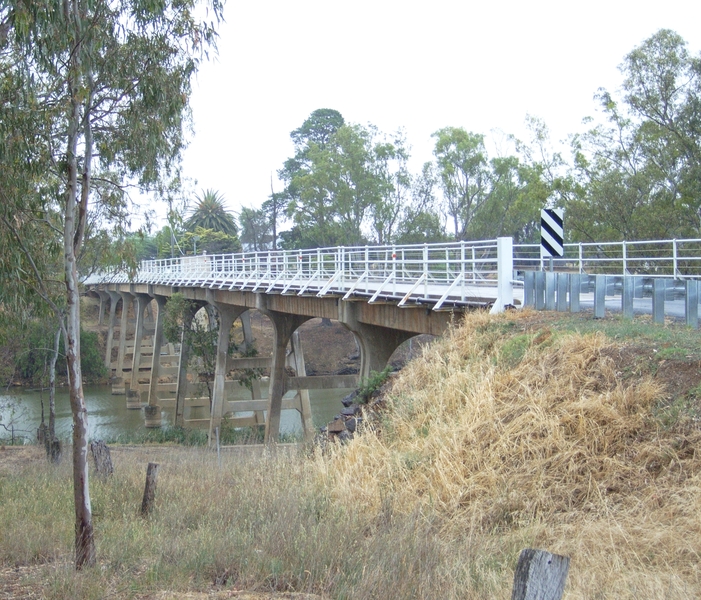 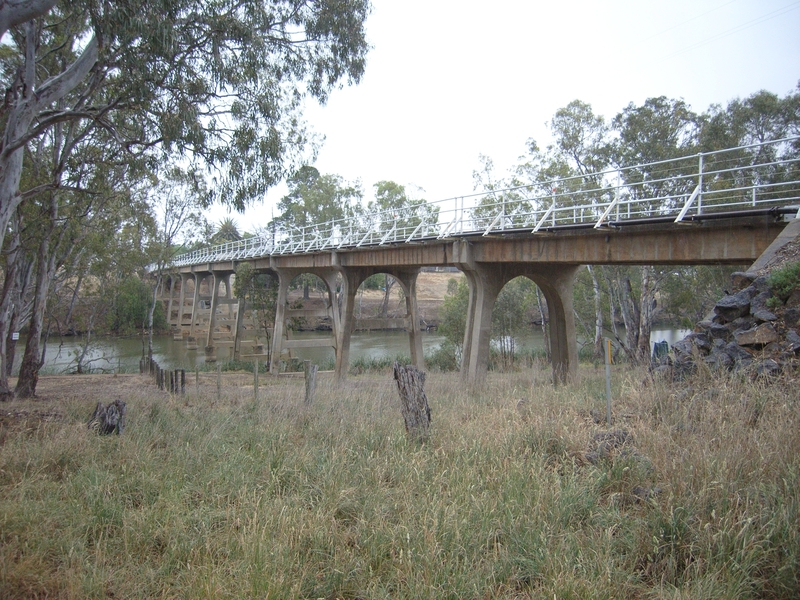 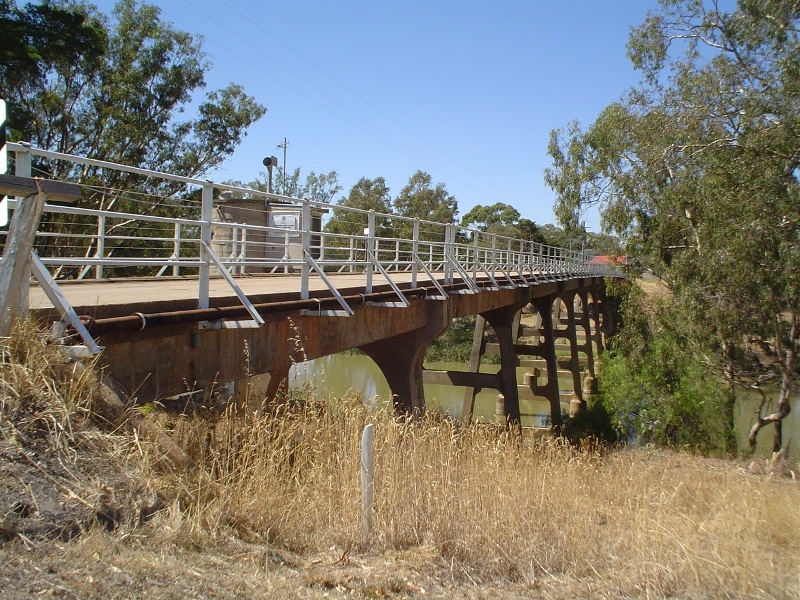 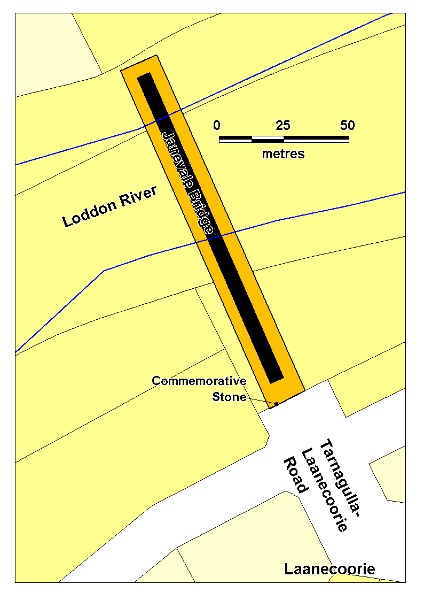 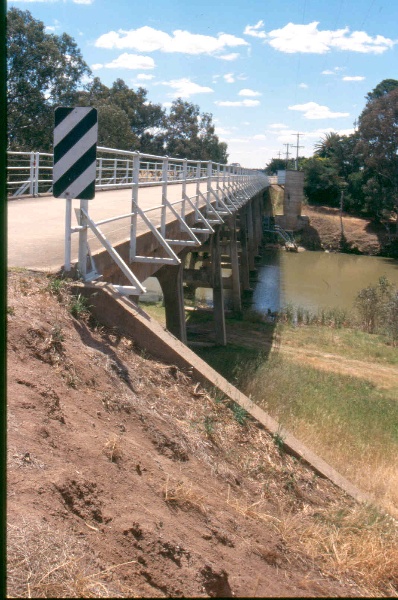 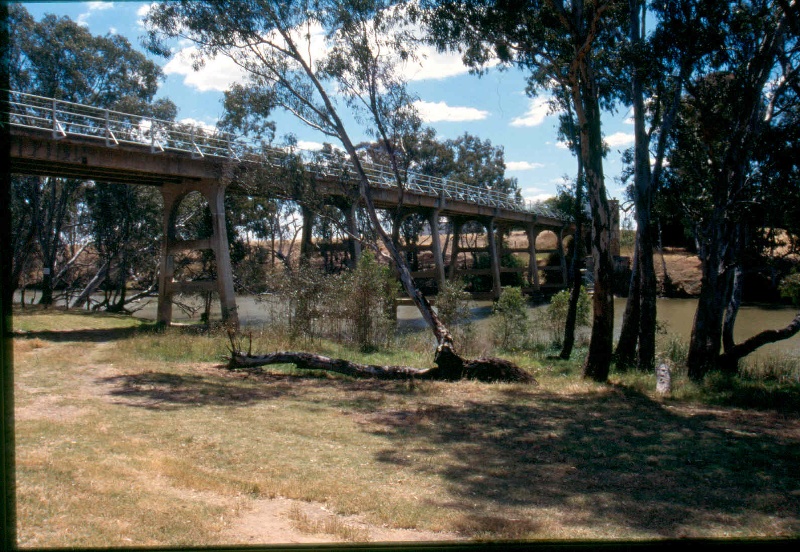 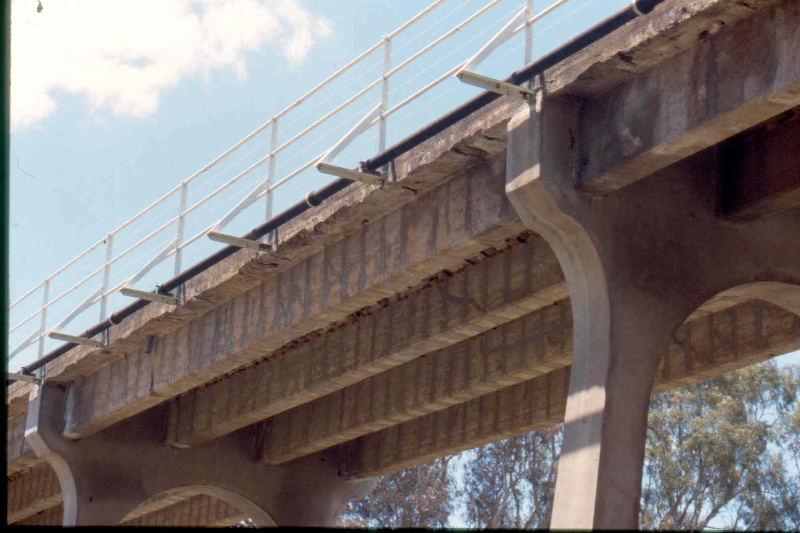 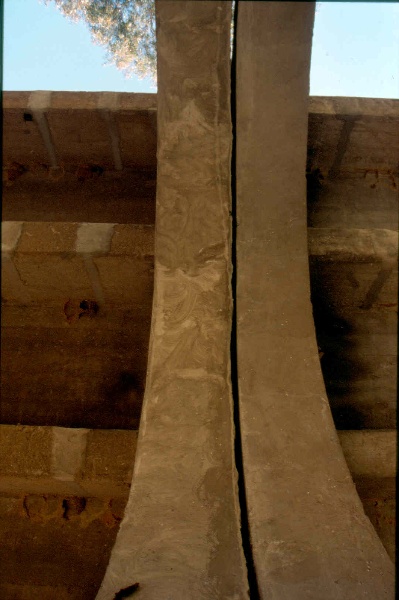 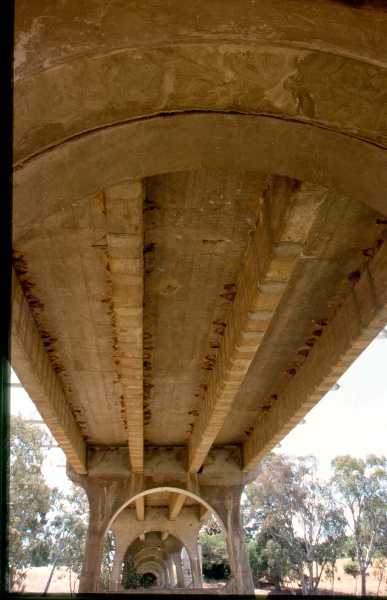 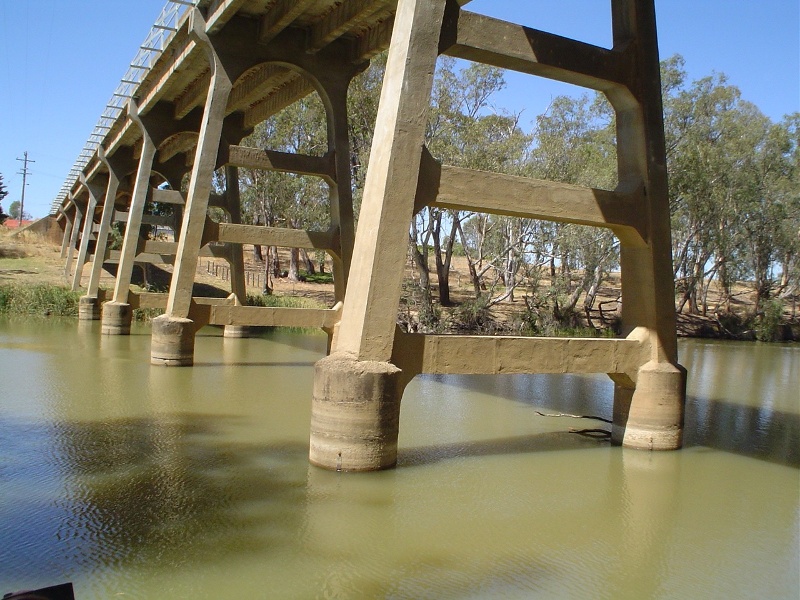 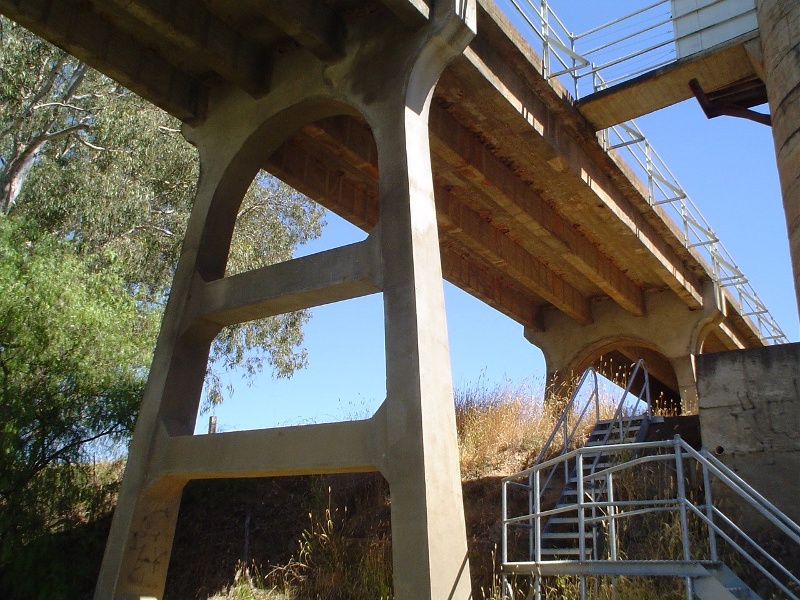 What is significant?
The first Janevale Bridge, a large timber structure over the Loddon River at Laanecoorie, was built in the 1870s to connect the Mining District of Tarnagulla with Bendigo. It was one of several timber bridges that were lost in the Marong Shire during the widespread floods in Victoria in 1909. The Marong Shire Engineer consulted engineer John Monash regarding the cost for replacement of the Bullock Creek Bridge Melbourne Road, and the Janevale Bridge, with reinforced concrete structures. Monash with JT Noble Anderson had acquired the licence to construct the patent Monier arch in Victoria in 1897, and built a number of Monier arch bridges around the state in the following years. Monash formed the Reinforced Concrete and Monier Pipe Construction Co Pty Ltd in 1905. By this time he was experimenting with reinforced concrete girder bridges, the technology of which was still in its infancy worldwide.
Monash was an early developer and promoter of T-girder reinforced concrete design, which made a more economical use of materials than the Monier arch bridges, and was more suited to low approaches. The first application in Stawell Street Ballarat East soon failed, but the 1905 St Kilda Street Bridge over the Elwood canal is still in service. The 400 foot long Broken River Benalla Bridge using T-girder construction had been completed in 1910. By 1915 Monash's firm had built around 70 T-girder bridges in Victoria.

Monash put forward a cost estimate of £4000 for construction of a reinforced concrete girder bridge at Janevale, which was similar to the Shire Engineer's estimate for a timber bridge. The Public Works Department considered both prices too low, but Monash, in conjunction with Read, proceeded to develop a design with 40 foot spans. Tenders were called for timber and concrete bridges, and Monash's tender was eventually accepted. The bridge was a joint project with the Bet Bet Council. Work commenced in October 1910. The bridge was tested satisfactorily in July 1911 and the official opening, attended by 600 people, was on 10 August 1911. The Shire Engineer was given credit for the design. The new bridge was longer than the previous longest of its type in the State, at Benalla (also by Monash), by 20 feet. By 1912 cracks were discovered in the bridge but Monash asserted that they were no more extensive than expected. Further tests were conducted. In the 1930s the Country Roads Board introduced additional shear reinforcement to counter extensive cracking.

The reinforced concrete girder bridge has 10 spans of 42 feet (12.8m) with four girders per span and a deck width of 18 feet (5.49m). Evidence of later addition of stirrup reinforcement to the girders is clearly visible. The slender pier legs are splayed and form an arch at the crosshead. There are up to three transoms on the tallest piers. The four river piers are founded on concrete cylinders and the chamfered upstream faces are protected with embedded heavy iron T sections. The first and ninth piers are doubled to allow an expansion joint, and the eight central spans are continuous. The handrails are of iron on iron standards. A commemorative granite block at the southwest approach once supported an iron lamp and is engraved with the names of Shire Councillors. The bridge is still in use but now has a 12 tonne load limit.

How is it significant?
The Janevale Bridge is of technological, architectural and historical significance to the State of Victoria

Why is it significant?
The Janevale Bridge is of technological significance as the largest reinforced girder bridge designed and built by John Monash and the Reinforced Concrete & Monier Pipe Construction Co. and the largest bridge of its kind built in Victoria, and possibly Australia prior to the First World War. Although representative of early T-girder construction, this bridge also exhibits the rare use of splayed trestle piers in reinforced concrete, reminiscent of the traditional timber trestle bridges, and is quite a departure from Monash's earlier designs in Victorian bridges. Monash's T-girder bridges were influential in the development of the technology of girder construction which was to come into general acceptance from 1915 onwards.

The Janevale Bridge is of architectural significance as a functional design displaying a degree of elegance which is rare in early reinforced concrete bridges in the State. The bridge also forms part of an aesthetically pleasing river landscape.

The Janevale Bridge is of historical significance for its association with Sir John Monash, soldier, engineer and administrator, who, at the time of the bridge's construction, directed the Reinforced Concrete and Monier Pipe Construction Company, the company at the forefront of reinforced concrete construction in Victoria.

The Janevale Bridge is of historical significance as part of the transport link between the Tarnagulla gold mining district and the regional centre of Bendigo.