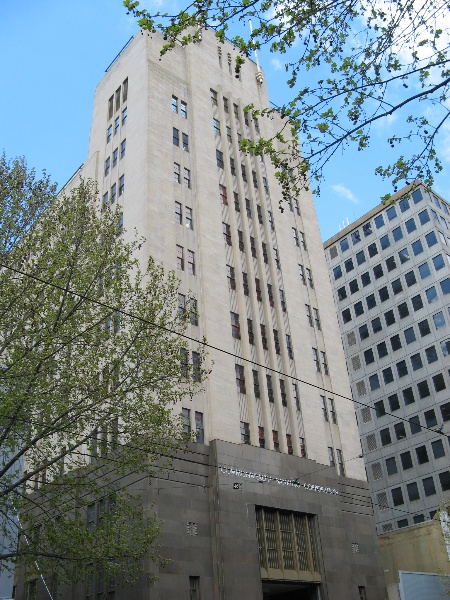 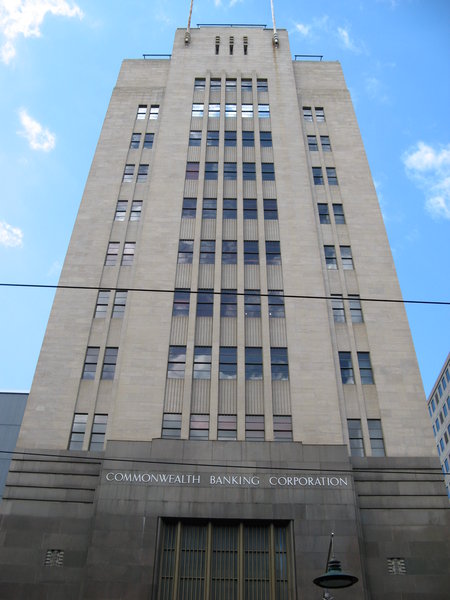 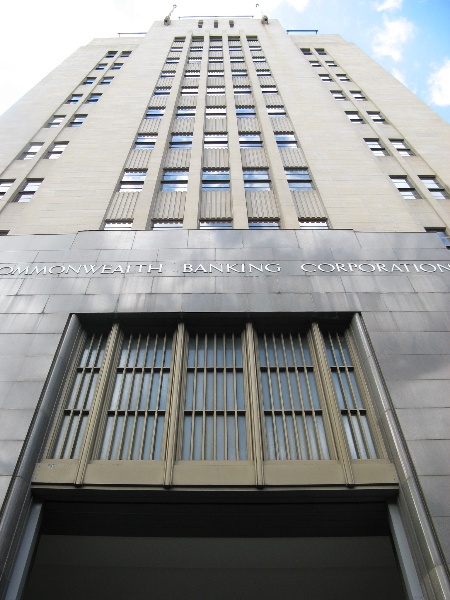 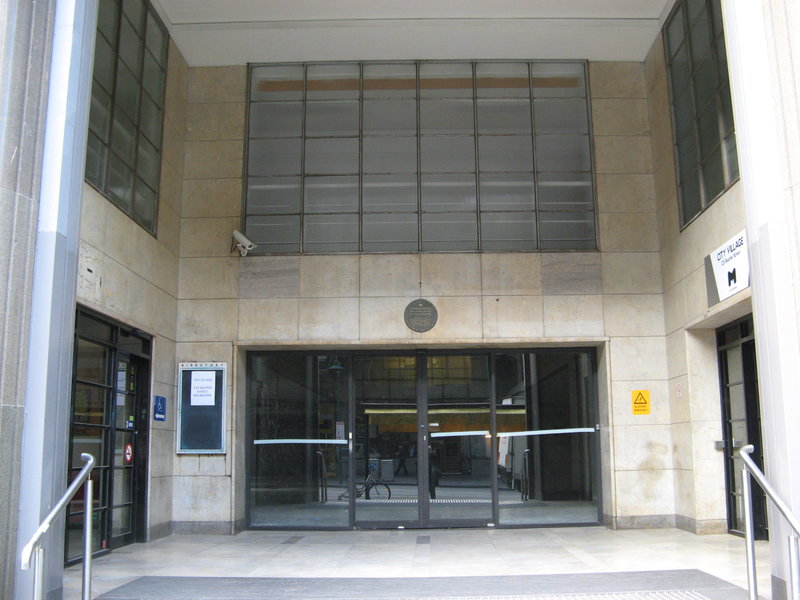 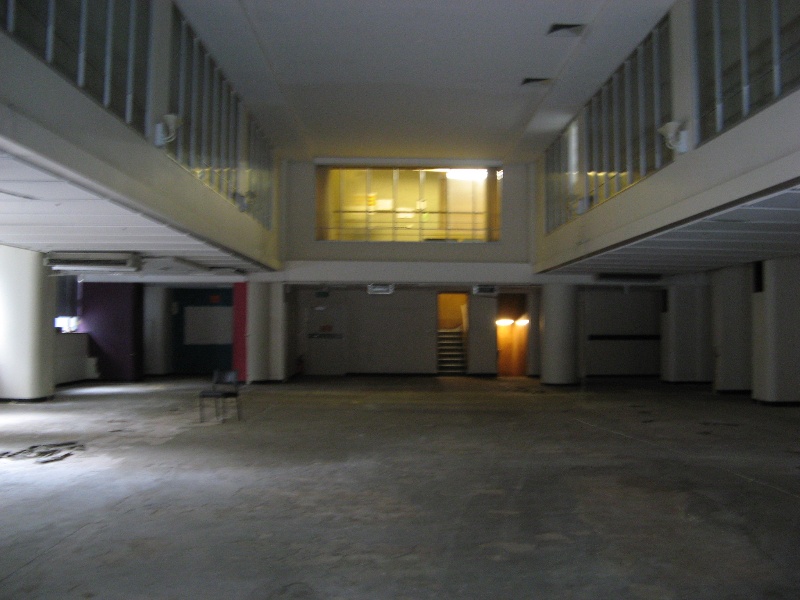 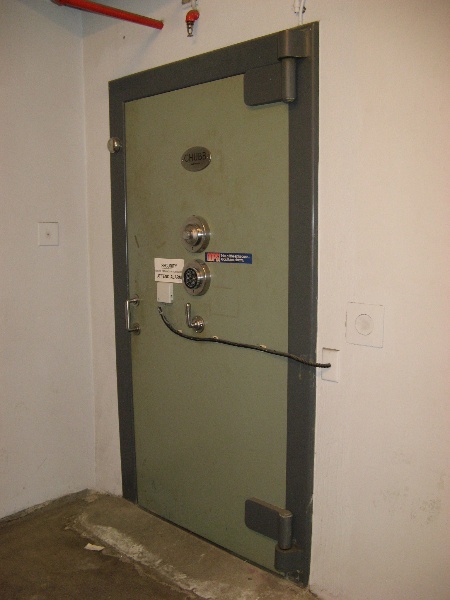 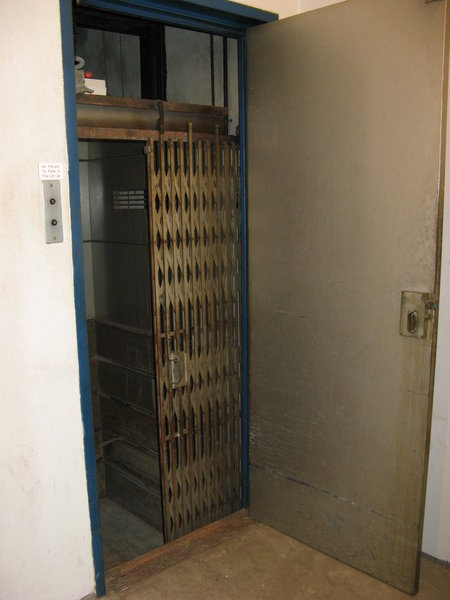 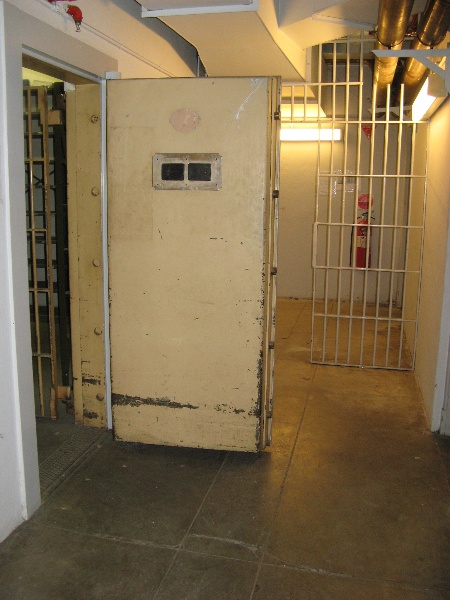 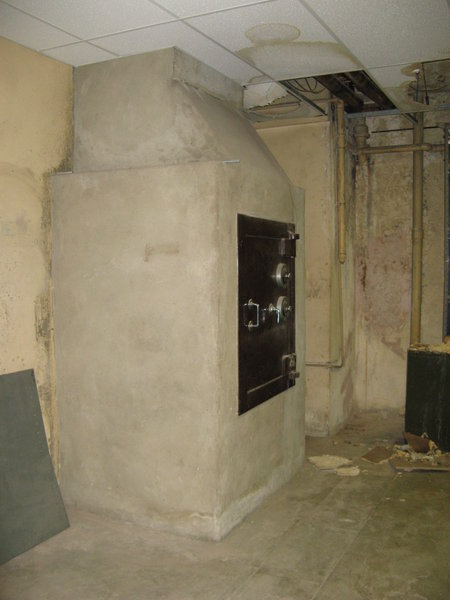 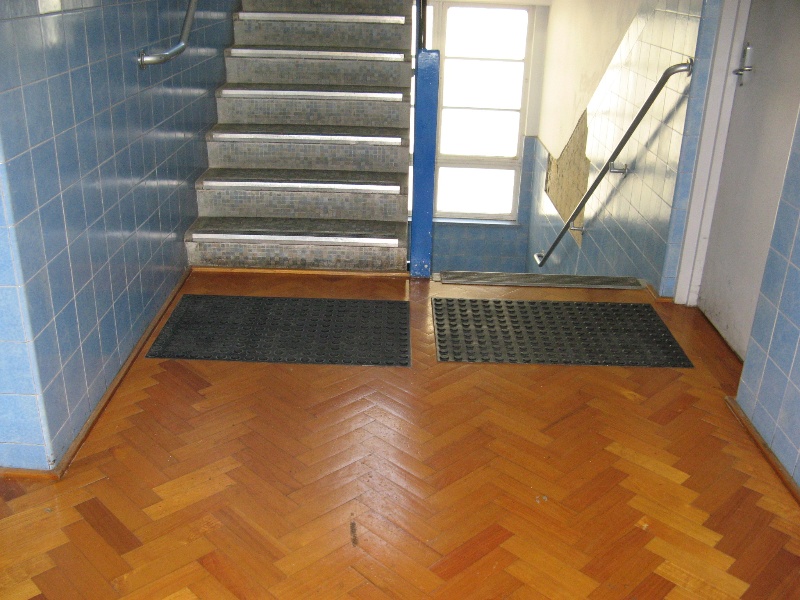 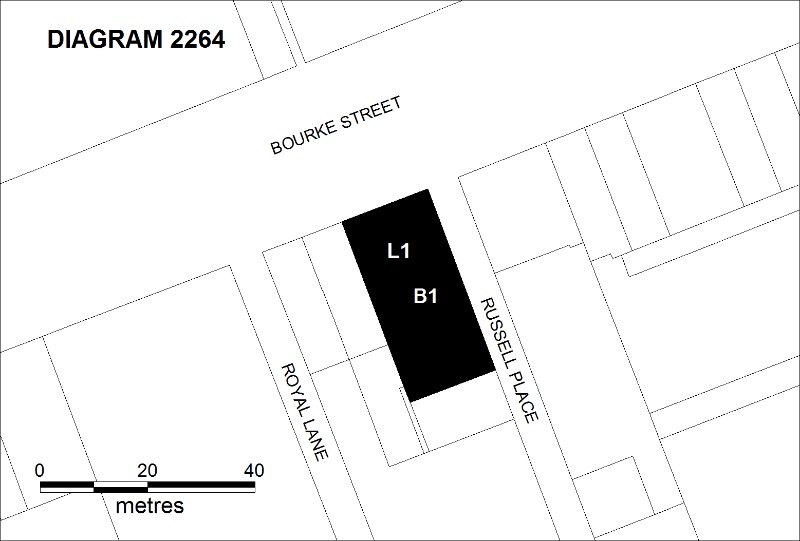 The former Commonwealth Bank of Australia building is an office building constructed in 1939-1941 to plans by the Works & Services Branch (Victoria) of the Commonwealth Government's Department of the Interior under the Works Director H M Rolland. The builder was Lewis Construction Pty Ltd. The Commonwealth Bank had been founded in 1911 by the Australian Government and during the following decades amalgamated with many of the State Banks. In the 1930s it embarked on an intensive building program and opened many new branches, rather than relying as before on post office agencies. With the need to minimise imports and the use of materials essential to the war effort locally-made materials and non-ferrous metals were used wherever possible in the construction. The building conformed to Melbourne's 132 foot (40 metre) height limit, but was topped by a tower-like element containing services which brought the total height to 170 feet (51.8m). The bank occupied the ground floor, basement, mezzanine and first floor of the new building and the other floors were occupied by other federal government departments based in Melbourne. In 1988 the entire building was acquired by the Melbourne City Council as additional office space. An elevated walkway was built to connect the building to Council House in Little Collins Street and floors two to nine were refurbished. All of the Council departments were relocated in 2006 and the vacated floors were made available as subsidised office space for not-for-profit organisations. The Commonwealth Bank was privatised in 1991-96 and in 2009 vacated the lower floors.

The former Commonwealth Bank of Australia building is an eleven-story office building in an Inter-war Stripped Classical style. It has been described as a Modernist interpretation of the Commercial Palazzo form, with a plinth-like base, a vertically-extended main section and a simplified attic storey. The prominent plinth, which has a row of incised horizontal grooves along the top, is clad with polished Dromana granite which contrasts with the paler Stawell sandstone used for the upper levels. The monumental recessed marble-lined entrance vestibule has a prominent metal-framed highlight window above and above this the words COMMONWEALTH BANKING CORPORATION in metal lettering (replacing the original COMMONWEALTH BANK OF AUSTRALIA in the bank's then-characteristic Gothic-style lettering). The slightly projecting central bay of the facade is flanked by two narrower recessed bays. Above the plinth a dominant vertical character is given to the facade by the continuous stone mullions which define a series of narrow window bays. These window bays contain dark-coloured metal-framed double-hung sashes alternating with recessed stone spandrels enlivened with incised vertical grooves. Internally many of the features in the lower levels once used by the bank survive, including the large double-height banking chamber on the ground floor; in the basement iron bar security grilles and doors, heavy steel strongroom doors, a Chubb night safe, and a bullion lift; and on the mezzanine and first floor levels many of the original parquet floors. The stairwells are also largely intact, some with timber panelling or marble cladding, but most with original floor and wall tiling and handrails. The floors above the first floor have been refurbished and apart from the stairwells contain none of the original features.

The former Commonwealth Bank in Bourke Street is of architectural and historical significance to the state of Victoria.

The former Commonwealth Bank of Australia building is historically significant for its associations with the Commonwealth Bank of Australia, which was formed in 1911 by the Australian Government as the national bank for the new nation and operated as a government bank until the 1990s. The Bourke Street premises are a reflection of the intensive phase of physical expansion undertaken by the Bank in Victoria during the 1930s. It was constructed during the first years of World War II and is significant as a remarkable construction achievement in the face of wartime limitations on the availability of labour and building materials, with deliberate attempts made to utilise wherever possible only local materials and non-ferrous metals. It was one of the largest construction projects in Melbourne at the time.

The former Commonwealth Bank of Australia building is architecturally significant as an outstanding and substantially intact example of the Commercial Palazzo type which also reflects the progressive styles of the 1930s: the abstraction of classical elements of the Stripped Classical style, and the dominant vertical expression of the Streamlined Moderne style. It was one of the tallest buildings in Melbourne at that time and remains a dominant and striking element in the city streetscape.