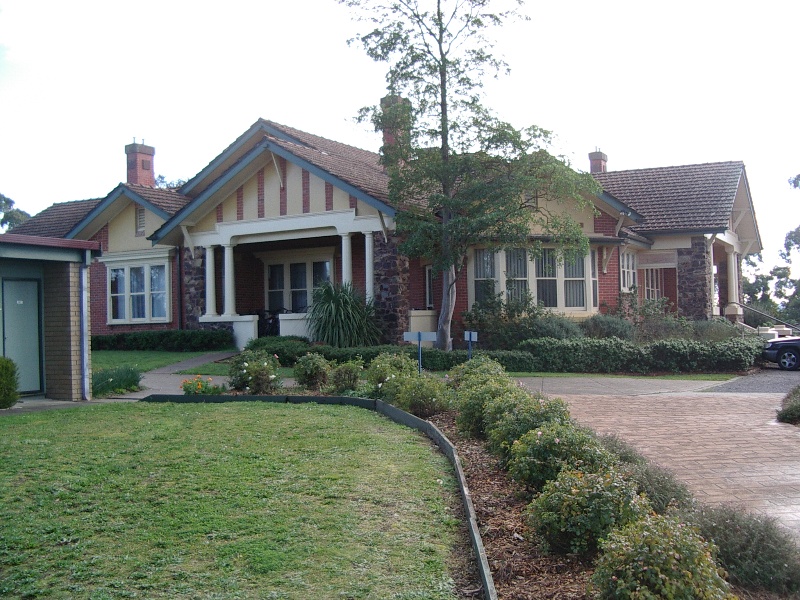 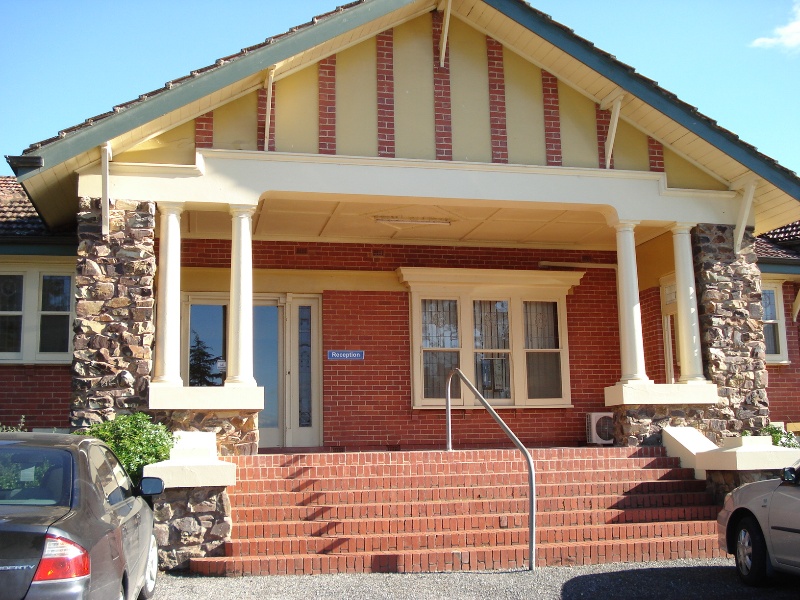 "Brocklesby", constructed in 1928, was located on a large landscaped site overlooking the township of Lilydale and the surrounding country side to the east and North. The site is now occupied by the Bible College of Victoria campus for which many substantial buildings surrounding the original building have been constructed - to the extent that the original landscaped setting of "Brocklesby" has been essentially replaced with a variety of buildings of small to very large scale.

The original building, presumably built as a large dwelling is in single storey Interwar bungalow style. It later became a charitable Rest Home for women recovering from illness, but there is no apparent physical evidence of change for this function. It remains essentially intact at the centre of its site although it is now surrounded by recent structures and its former views are blocked. It is notable for its symmetrical built form under a massive roof with gabled porticos facing the main east entry and the east and west ends. Diagonal rooms set into the returns of the cruciform roof form create additional complexity and interest to the external form and the internal layout. The interiors of the main rooms are also very intact with an eclectic range of high quality timber panel details, built in cupboards, fireplace surrounds and fibrous plaster ceilings. The whole of the building, externally and internally, is of high integrity and excellent condition and is a notably comprehensive example of design themes of the Interwar period.

"Brocklesby" is of historic and architectural significance to the Shire of Yarra Ranges.

"Brocklesby" is historically significant as an Interwar example of the development of the region by wealthy newcomers to the area, drawn by the beauty of the countryside and the fine views that could be obtained from elevated sites. The area had long had appeal to this class, stemming from its substantial and wealthy wineries and rural properties and its occupation by such prominent citizens as Dame Nellie Melba and her father, David Mitchell. The original owner of the property, Mrs. Ann M White, had come from a major rural property, Devon Park near Dunkeld, and was sufficiently wealthy to donate the building and site for charitable use and provide a large endowment for its operation. The site can be compared with the hill top to the east of Lilydale above the intersection of the Maroondah and Warburton Highways which was also occupied in the interwar period and on which another major architectural contribution to the area was added by the prominent architect, Marcus Martin - in this case in Spanish Mission style.

"Brocklesby" is architecturally and aesthetically significant as major example of the Interwar bungalow style in the municipality expressed in a notably grander scale than the typical domestic bungalow. It illustrates in intact form a wide range of the external and internal themes of the style in a complex but controlled built form.

It is recommended that "Brocklesby" and its immediate area be added to the Schedule to the Heritage Overlay of the Yarra Ranges Planning Scheme, with Internal controls included.