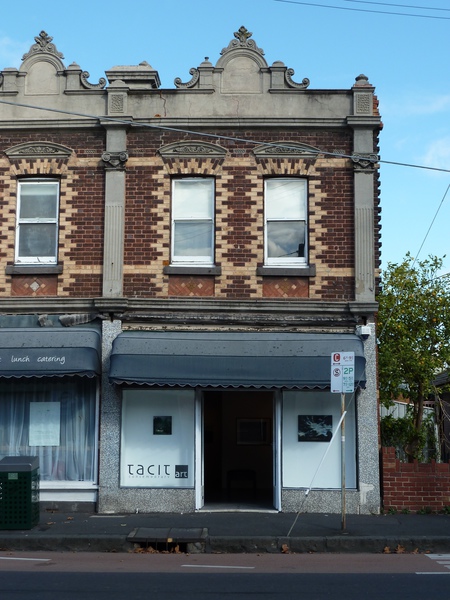 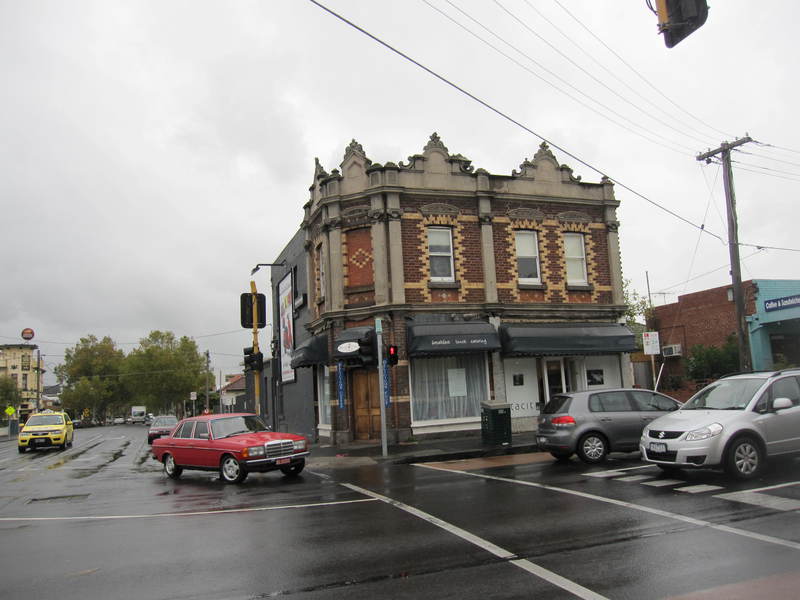 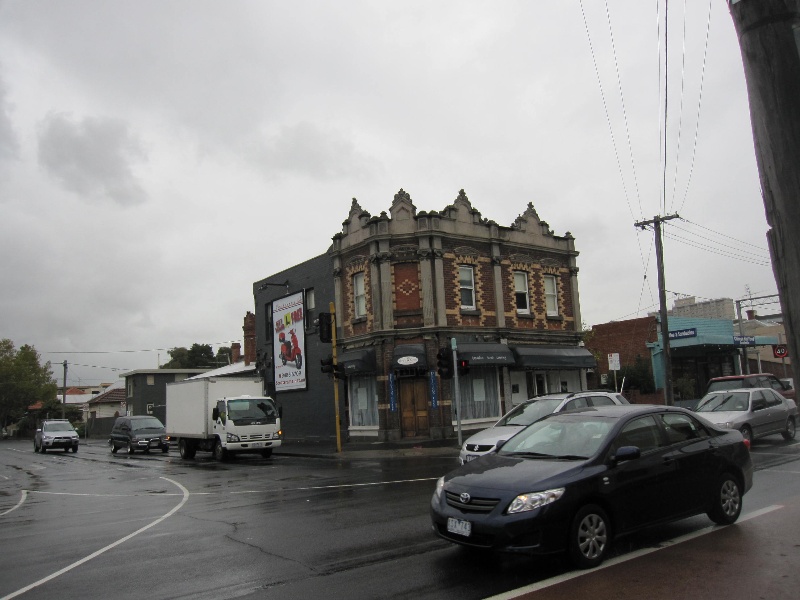 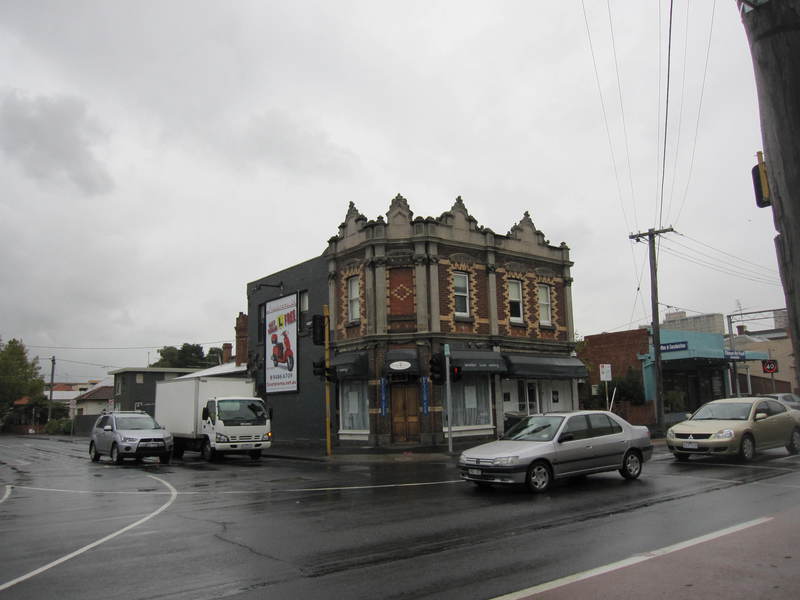 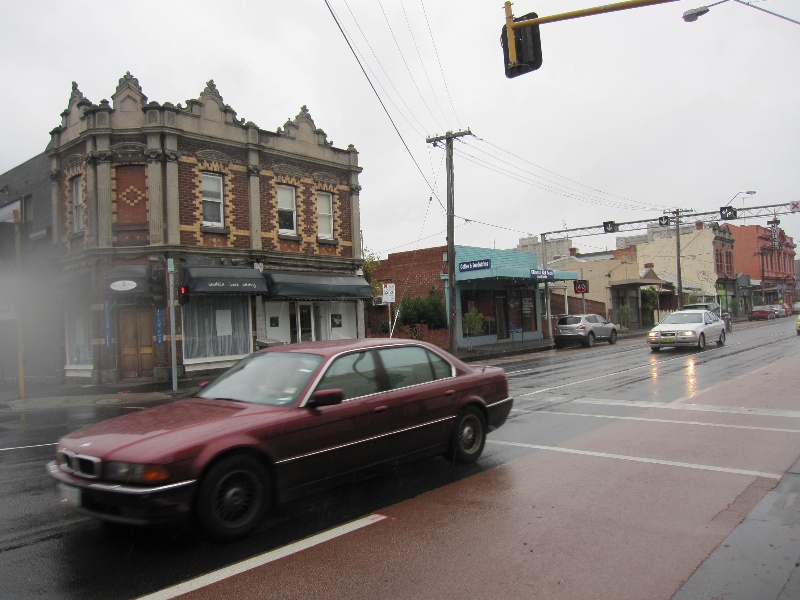 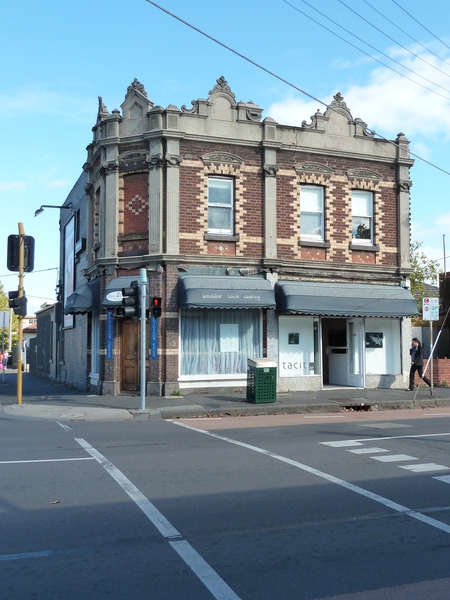 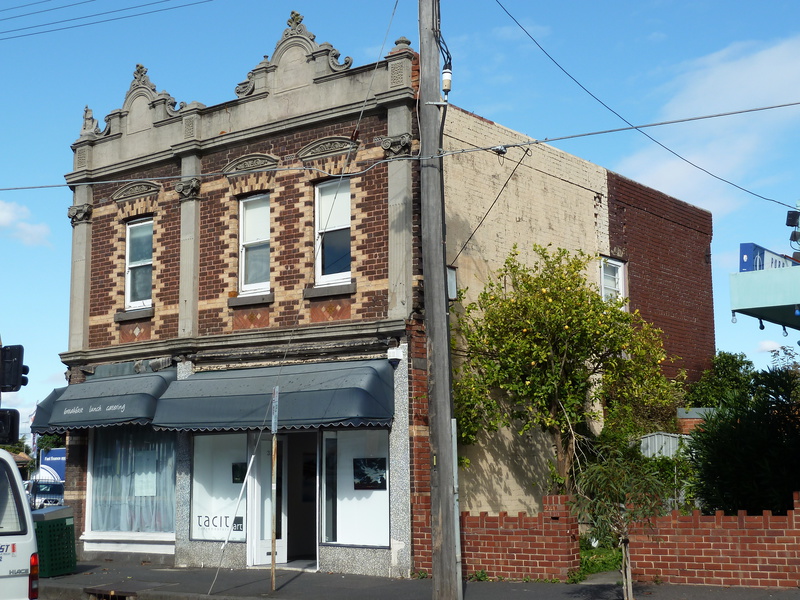 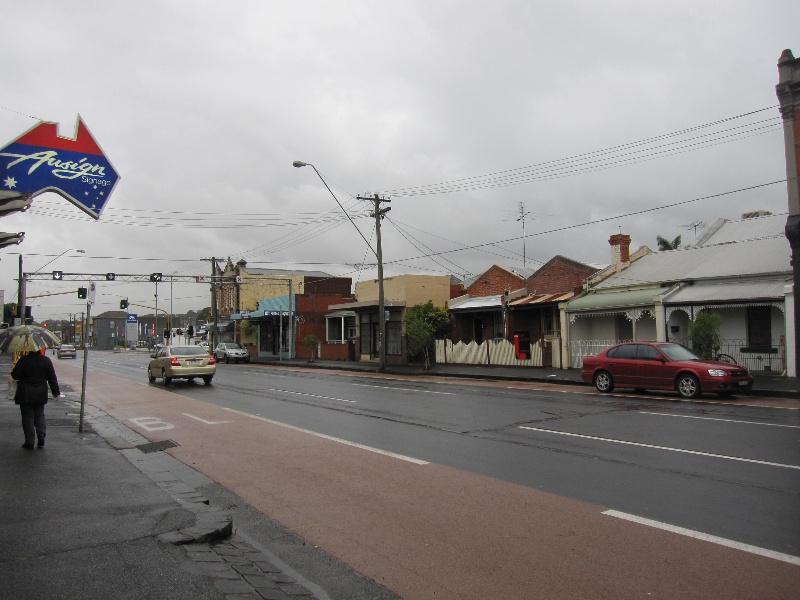 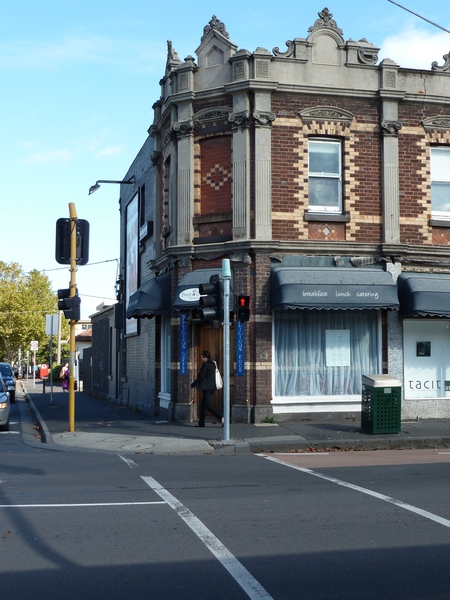 What is significant?
Nos 323-325 Johnston Street, Abbotsford, is a pair of two storey polychrome brick parapeted Victorian shops, at the corner of Johnston and Nicholson streets, constructed in 1892. Each building has a hipped roof concealed behind the parapet, with the first floor divided into bays by heavy pilasters. The building has a chamfered corner; the shopfront to no. 325 appears to be of longstanding, while that to no 323 has been modified. The polychrome brickwork to the first floor is in four colours and richly patterned. The first floor windows have elaborate surrounds, while the cement render pilasters are in ionic form. The parapet, which returns from the north facade to one bay of the east facade, is also in dressed cement render, and has raised central mouldings to the pediments, finial pedestals, scroll brackets, and floral scrolls. On the south side is an L-shaped single storey brick component, which may be contemporary with the original construction date of the property, or at least early.

How is it significant?
Nos 323-325 Johnston Street, Abbotsford, is of local historical and aesthetic/architectural significance.

Why is it significant?
Nos 323-325 Johnston Street, Abbotsford, is of local historical significance. The two storey brick parapeted Victorian combined shops and residences date from 1892. The building was constructed following the introduction of the cable tram service to Johnston Street in 1887, and the opening of the nearby railway station in 1888. The building was also placed at the junction with Nicholson Street, the latter being one of Abbotsford's significant streets in the nineteenth century, accommodating substantial residential, commercial and factory developments.

Nos 323-325 Johnston Street is of local aesthetic/architectural significance. It is a substantially externally intact building, distinguished by a prominent corner location and elaborate Boom style first floor architecture. The polychrome brickwork is particularly rich, and has survived unpainted allowing the four colours and patterning to stand out. The cement render of the first floor pilasters has also survived unpainted, enabling the originally intended contrast with the brickwork, and the pilaster detailing, to remain legible. The prominence of the parapet is also enhanced by its return to Nicholson Street, with each bay of the building distinguished by the dramatic pediment treatments.