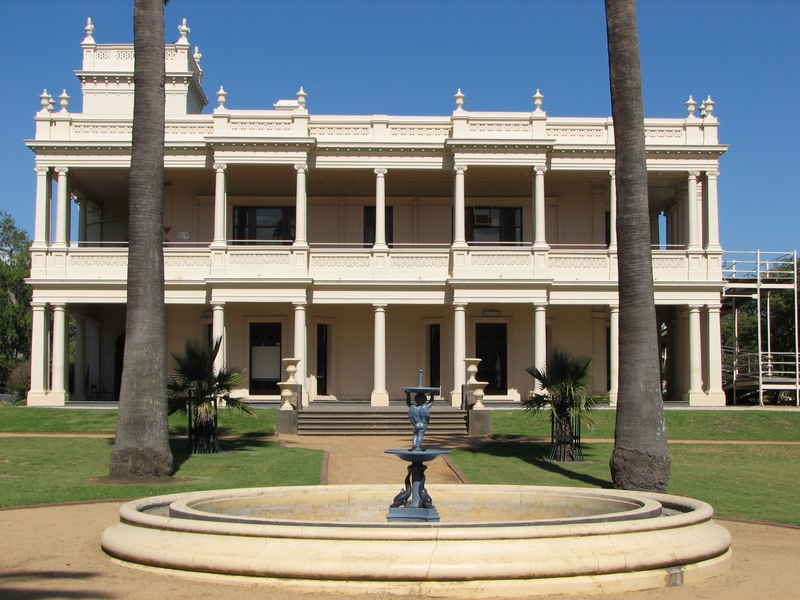 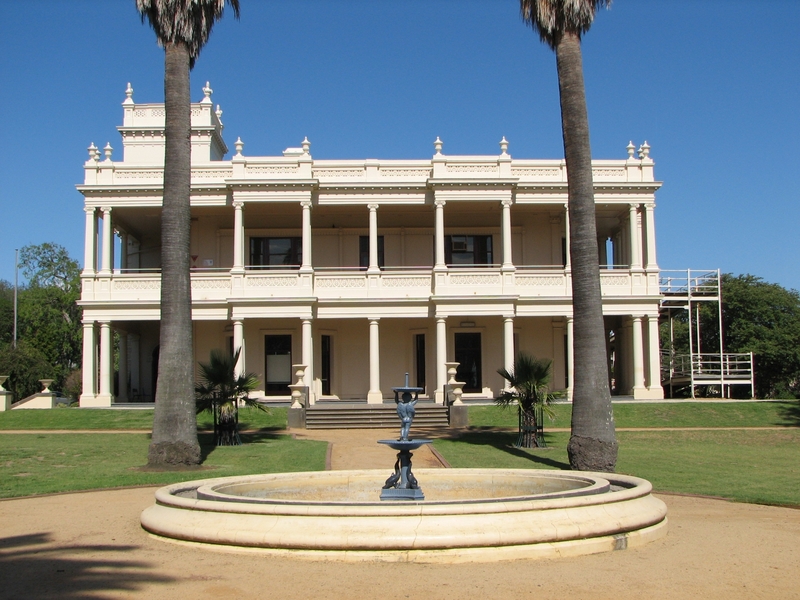 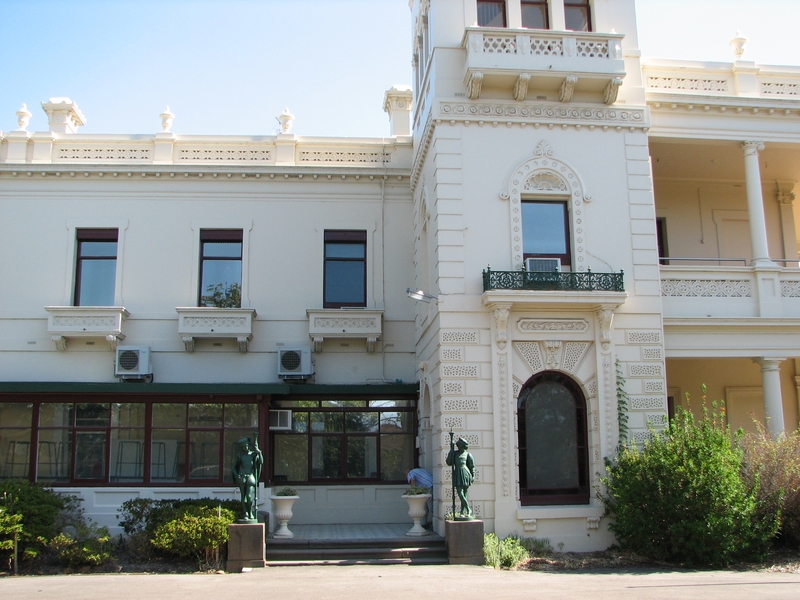 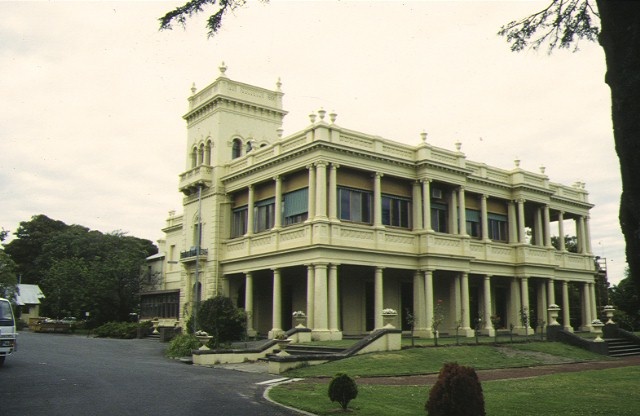 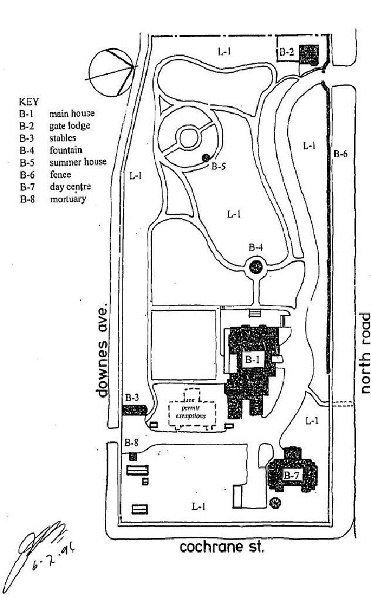 Kamesburgh (Anzac Hostel) is a large two storey, rendered brick, Italianate mansion set in an extensive formal garden. The internal decorative scheme which is now almost totally covered by later layers of paint was the work of the Paterson brothers. There is a gate lodge beside the formal entrance gateway and a long wrought iron and bluestone fence on North Road. The original stables still exist. Kamesburgh was built in 1874 for businessman William Kerr Thomson by builder David Mitchell to the design of architect Lloyd Tayler. The property was bought by the Repatriation Department in 1919 with a gift of £25000 from the Baillieu brothers for the care of severely incapacitated soldiers. In this period the building was converted with the addition of a lift and an enlargement of the service wings. The Repatriation Department also constructed an occupational therapy building (the day centre) and a mortuary. Anzac Hostel has continued to provide care for disabled servicemen continuously since 1919.

Kamesburgh (Anzac Hostel) is architecturally, historically and socially important to the State of Victoria.

Kamesburgh (Anzac Hostel) is architecturally significant as a fine example of an Italianate mansion with Renaissance/Classical overtones set on an unusually large suburban block and in a finely designed formal garden. It is the most important extant residential work of the noted Victorian architect Lloyd Tayler. It is important for the probable existence under later layers of paint of a rare hand painted decorative scheme by the Paterson brothers, a small fragment of which remains visible in the boudoir. There is a remarkable disappearing wall in the library, as well as unusual vented cornices.

Kamesburgh (Anzac Hostel) is also of architectural interest for the sensitive manner in which it was adapted for use as a hostel for incapacitated soldiers without disturbing the significant fabric to any great degree.