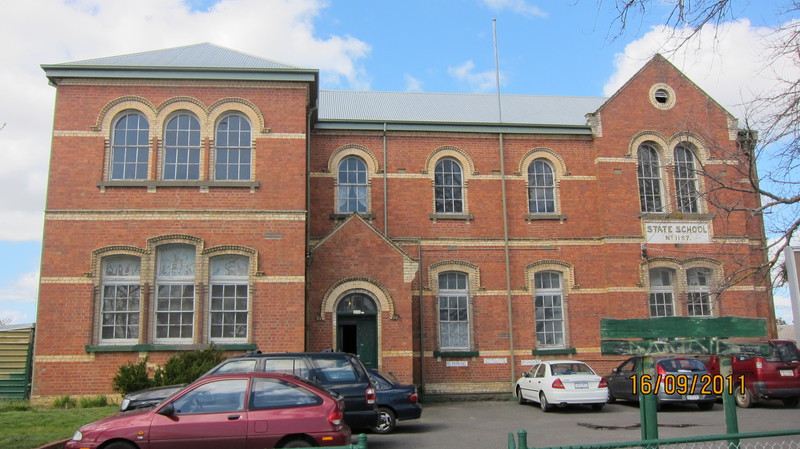 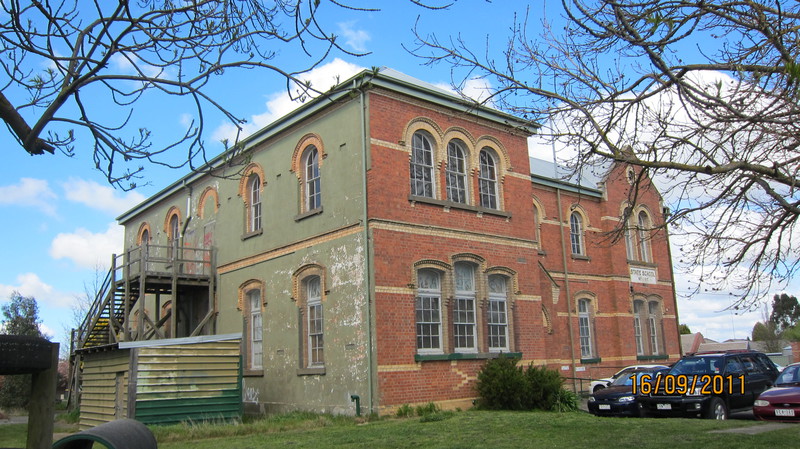 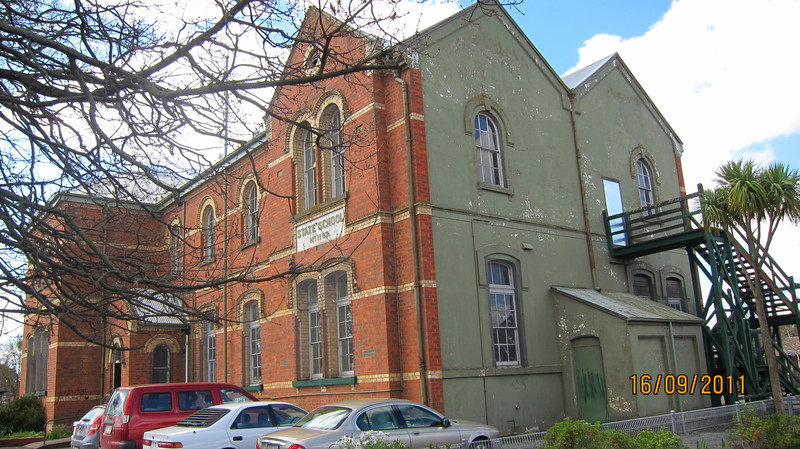 The former Sebastopol State School No.1167, located at 185-187 Yarrowee Street Sebastopol, built in 1873-4 and designed by architect William Elleker to the extent of the land, and including the mature trees planted on the north boundary and Yarrowee Street boundary.

The Sebastopol school is T-shaped in plan, featuring a hipped-roof section running east-west, intersected by a long gabled section projecting south. The facade features a parapeted-gable entrance porch located at the intersection of the projecting hipped-roof northern wing. A shallow parapeted gabled bay window projects from the southern end of the facade. The ground-floor windows have segmentally arched heads with label moulds created by dog-toothed cream bricks and there is an X diaper pattern in cream bricks at the base of the projecting hipped-roof wing. A beltcourse divides the two floors of flat and moulded cream bricks, with a narrow cream brick cornice at the top. The first floor windows are round headed, with label moulds. A band of cream bricks runs at the springing level of the arches. Also of significance on the site are Quercus robur (English Oak), Ulmus procera (English Elm) planted on the boundary of Yarrowee Street, and although later, still significant, a row of Cupressus torulosa (Bhutan cypress) planted on the northern boundary fence. Semi-mature Fraxinus (Ash) are interplanted with the Elms and Oaks.

The former Sebastopol State School No.1167 is of local historic, social and architectural significance.

The former Sebastopol State School No.1167 is of historical significance as a large school complex established to provide education to the children of Sebastopol following the discovery of gold and the development of the township. In 1875 the school recorded the highest number of enrolments in Victoria. (Criterion A)

The former Sebastopol State School No.1167 is of social significance for its role within the community since the 1870s. The school now functions as a community facility used by local groups, including the Sebastopol Historical Society and Museum. (Criterion G)

The former Sebastopol State School No.1167 is of architectural significance as an example of a standard state school design by architect William H Elleker, prepared for the newly formed Department of Education. It also provides evidence of state school designs that were intended to be enlarged over time as the school population grows. (Criterion D)

The architect was W H Ellerker, not Elleker. The latter spelling occurs a few times in contemporary reports on his works, but the vast majority use the former spelling.