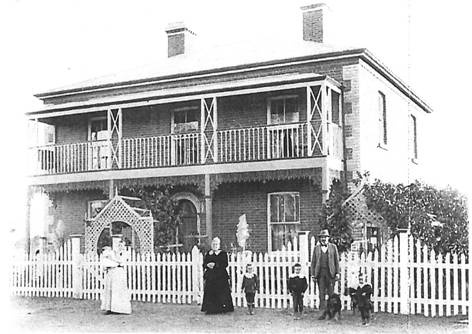 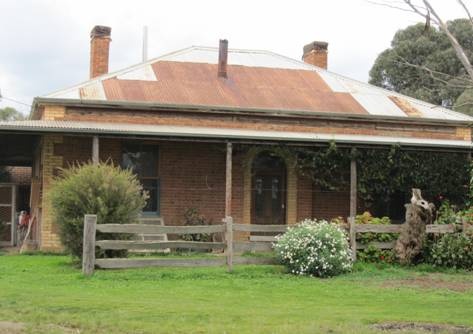 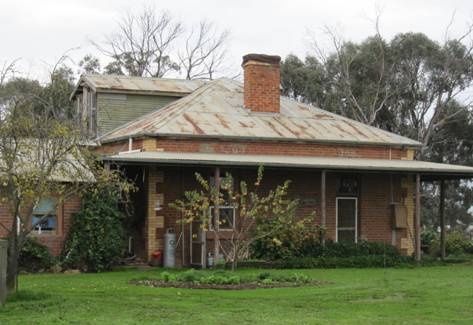 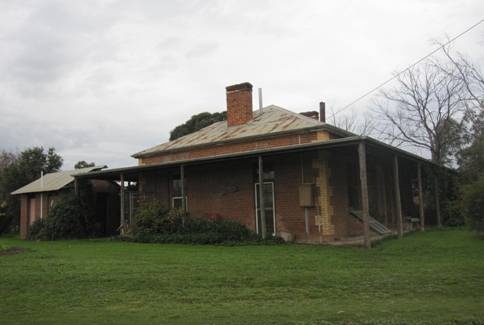 Ark Hall was built c. 1865 as a two-storey property, and was reconfigured to its present form in the mid-1940s. It is a symmetrically composed dwelling built of red/orange face brick relieved by cream bricks at the corners, resembling quoins, and around the central round arched doorway. Double hung sash windows flank the central door, with two panes to each sash, divided by glazing bars. The post-supported skillion roofed verandah and shallow hipped roof are clad with corrugated steel sheeting. These are non-original elements, as are the rectangular brick chimneys to the east and west faces of the roof, all added/rebuilt during the works to adapt the house to a single storey form. Each chimney stack is topped by bands of projecting cream bricks. The verandah, which may date to the 1945-47 works, is deeper than the original, and returns around the side elevations, again unlike the original. A band of timber at the top of the front elevation is the springing point of the original balcony. A gabled dormer clad with corrugated sheet metal fixed horizontally projects from the rear (south side) of the roof. Openings to the side elevations have been modified.

Ark Hall, built c.1865, on the Calder Alternative Highway at Lockwood, is of historical interest for providing evidence of settlement in the peak phase (1860s) of development of the Lockwood district, which was an important agricultural community supplying produce to the Bendigo goldfields. The property was built for successful market gardener and farmer John Wallis, whose landholding eventually extended to 400ha. Its original scale also reflected Wallis' commercial success, and eminence in the local community, where he was a councillor of the Shire of Marong in 1871 and President of the Board of Advice to the Shire. Ark Hall is additionally of interest for the 1940s reconfiguration of the building, after the upper level was damaged in a violent storm and removed, demonstrating a desire to retain and repair what would have been a severely damaged structure.