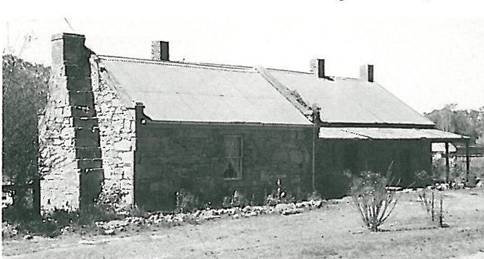 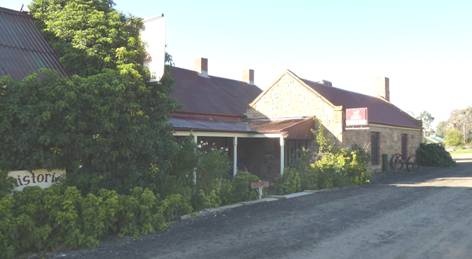 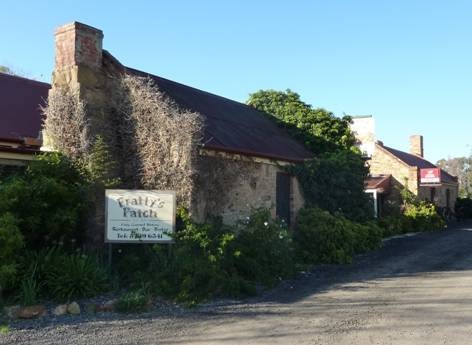 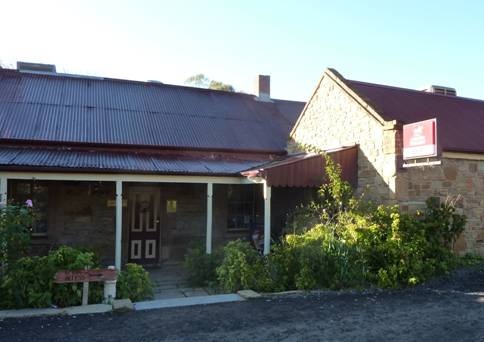 Pratty's Patch, built from 1865 to c. 1980s, is located on Monsants Road, Maiden Gully. The original/early building components are on the west of the site and comprise a number of transverse-gabled stone buildings, all built of random (irregular) coursed rubble and roofed with corrugated galvanised sheet steel. To the east of these components are large additions, including the addition at the north end which dates from post-1985, together with a collection of outbuildings further east again (rear of property). The date of construction of all the building components has not been established. The west elevation to Monsants Road comprises a central verandahed residential component, which is believed to date from the 1860s or thereabouts, flanked by two projecting blocks. The north block is believed to date to 1863.[i] It has one window to its west elevation and parapeted ends and a brick and stepped chimney stack to its north elevation. The balancing block to the south has been constructed since 1985. The recessed central component, with verandah, has a symmetrical frontage with central front door and two flanking windows which appear to be of long-standing. The property has a limited setback to Monsants Road and a treed setting to rear.

Pratty's Patch, built from 1865 to c. 1980s, is of historical significance (Criterion A) for its association with the 1860s gold rushes phase of development at Myers Flat (Maiden Gully). The dwelling was originally built for Irish settler John Fellows and his family from 1865; Fellows was involved in a number of commercial pursuits including working as a grocer, vet and dentist. The property was later acquired by Peter 'Pratty' Monsant, a Spaniard who worked the surrounding acreage and played a prominent role in community life. Since the mid-1980s the property has been significantly extended and adapted as a restaurant. Architecturally (Criterion E), the 1860s components echo the form of long, single-storey transverse-gabled houses with connected verandahs, which were common in south-eastern Australia by the 1840s. The original components are also significant as an example of a 1860s stone villa in the local area. While the property has evolved from humble origins to be a structure of some scale and presence, and the additions and alterations since 1985 have broadly followed the template established by the 1865 component, these later (evolved) elements are not of heritage significance. The original 1860s building components also remain as prominent historic structures in the Maiden Gully area.