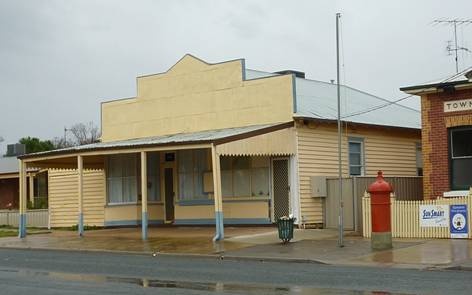 North and west elevations of the former store (pair of shops). 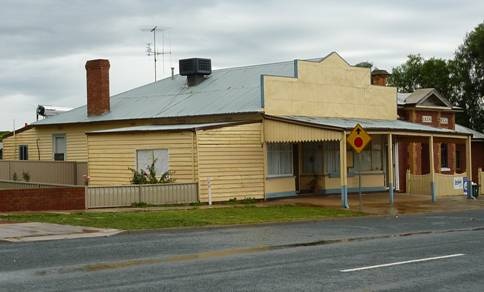 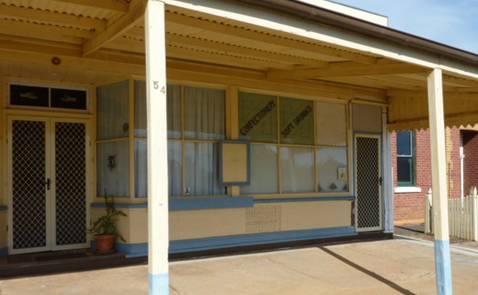 The property at 54 Inglewood Street, Raywood comprises a 1920s single-storey parapeted timber building, with two former stores to the street frontage, beneath a timber-posted verandah over the footpath, and premises to the rear. The parapet has a high stepped form and the shop frontage is asymmetrical, with two entrances, and large display windows divided by timber glazing bars. The significant components include the 1920s building, the two stores and premises to the rear.

The 1920s former Morgan's Store, with dual shops and rear quarters at 54 Inglewood Street, Raywood, is of local historical, social and aesthetic/architectural significance.

The former Morgan's Store is historically significant (Criterion A) for being among the last-surviving retail premises in Raywood, which operated for over 80 years before closing in c.2005. The property's location near the intersection of Inglewood Street and the Bendigo-Pyramid Road, and adjacent to the Town Hall, also recalls the historic centre of the township. The property is of social significance (Criterion G) as a store which was used for its original purpose from the 1920s to 2005. The social significance of the building is enhanced by its large scale and prominent siting in Raywood's historic town centre. The former store is also of aesthetic/architectural significance (Criterion E) as a substantially externally intact early twentieth century retail building in the township. The prominent main street siting of the property, and the presentation of the shops and building to the street, including the zero setback and generous verandah over the public footpath, are typical of numerous historic shop buildings, and commercial streetscapes, in Victorian goldfields towns (Criterion D). The high stepped parapet and deep verandah are particularly expressive of the building's retail origins. Other elements of note include the asymmetrically arranged shop frontage with dual entrances, one of which is recessed, the display windows with large square panes; and stall boards with pressed metal sheeting.