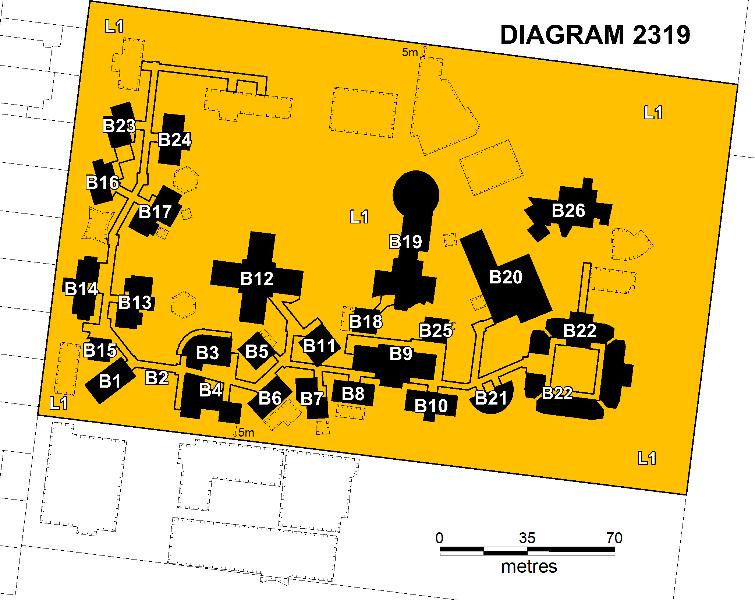 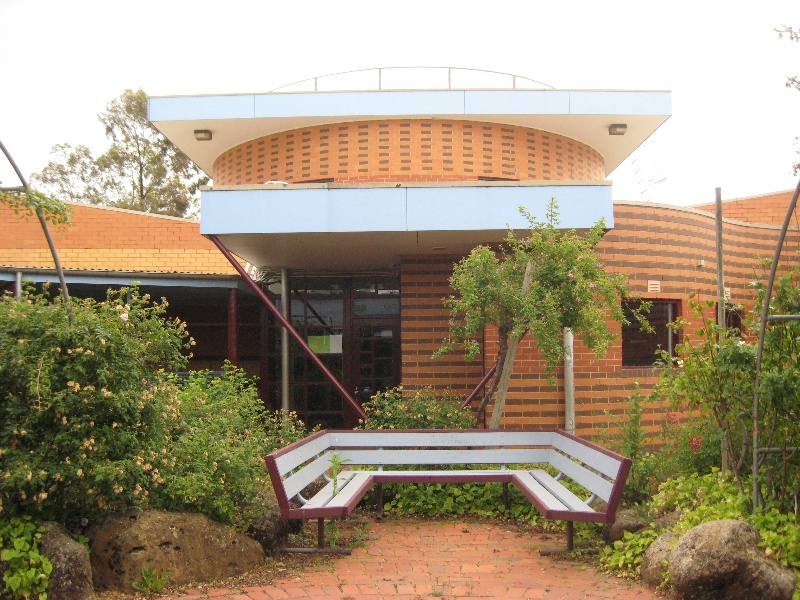 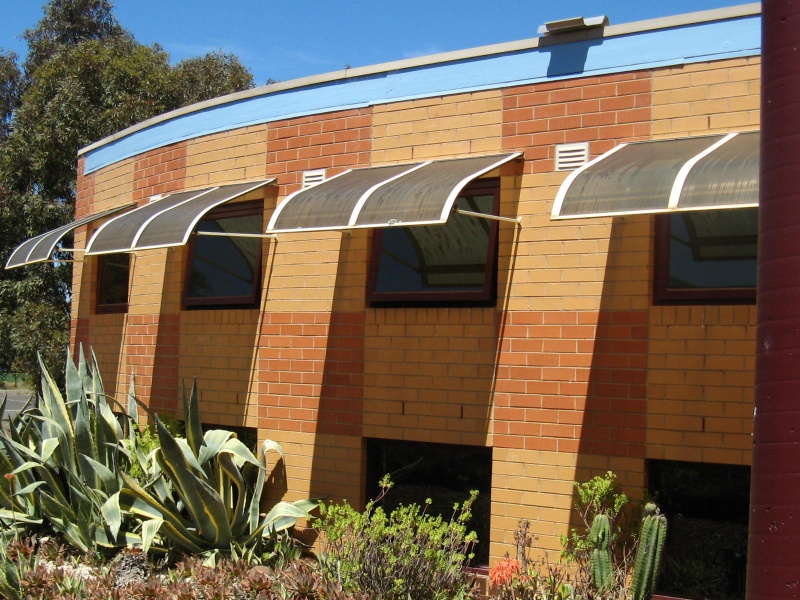 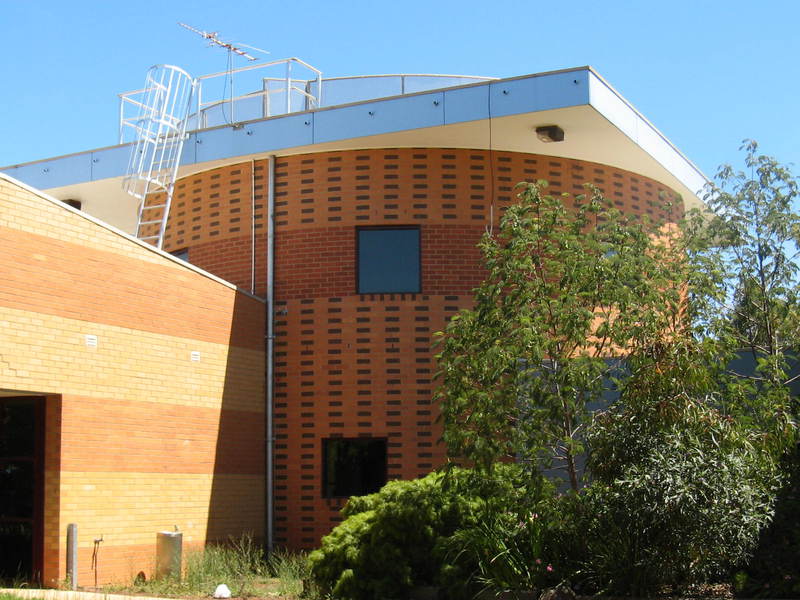 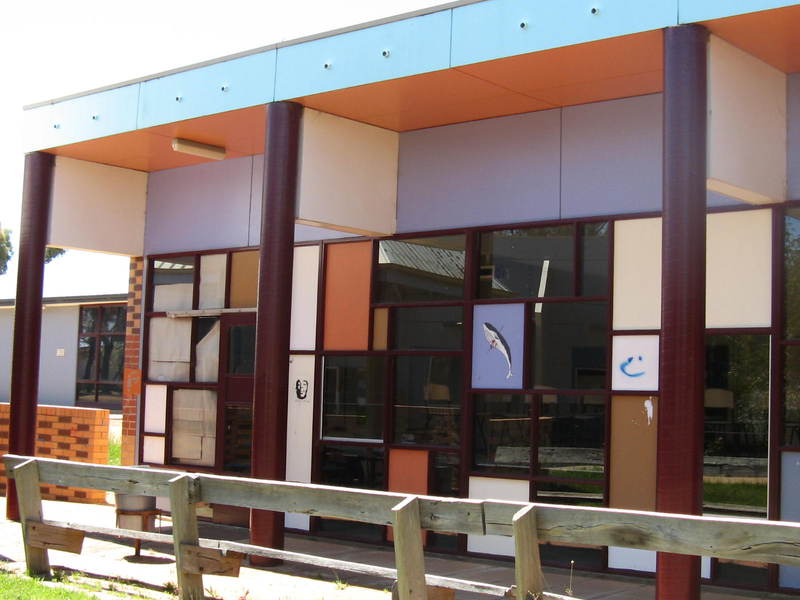 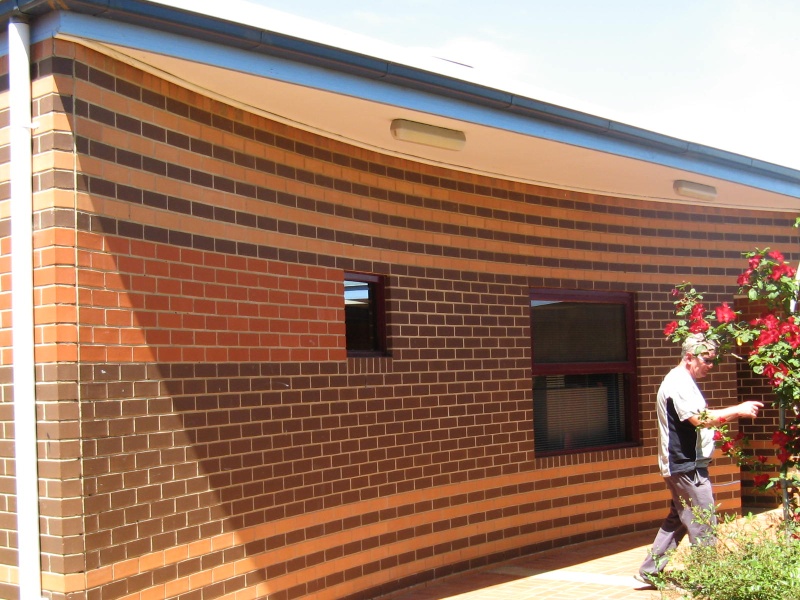 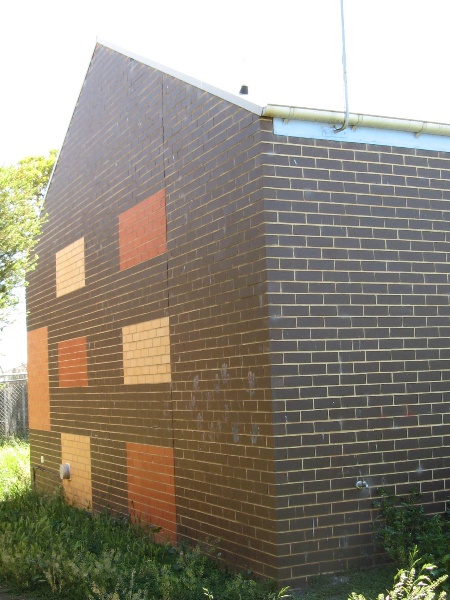 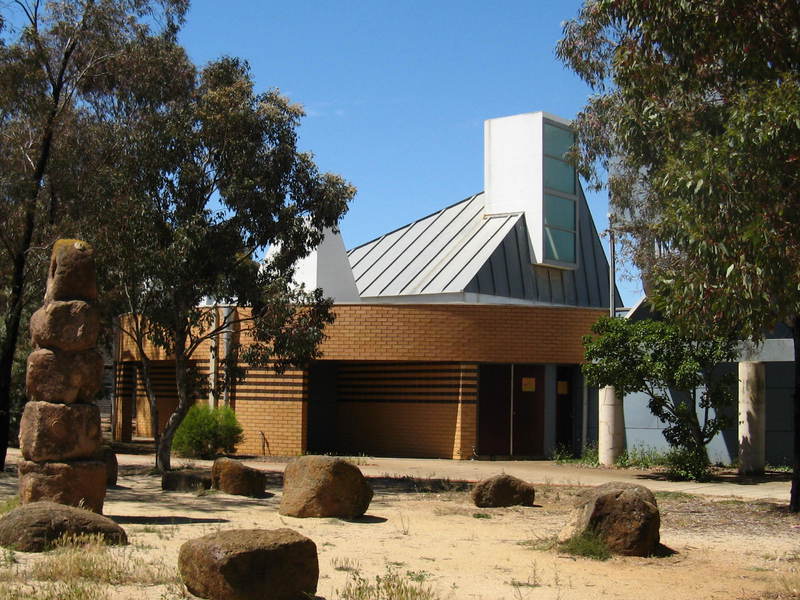 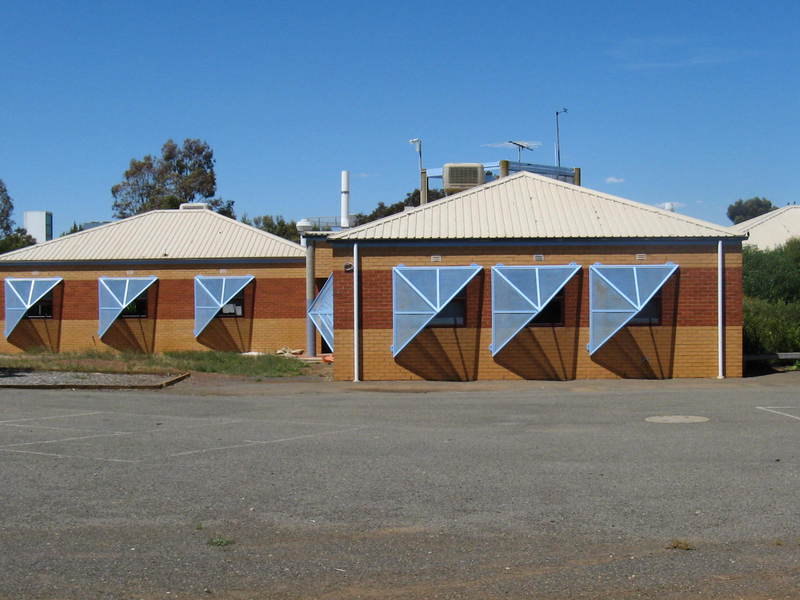 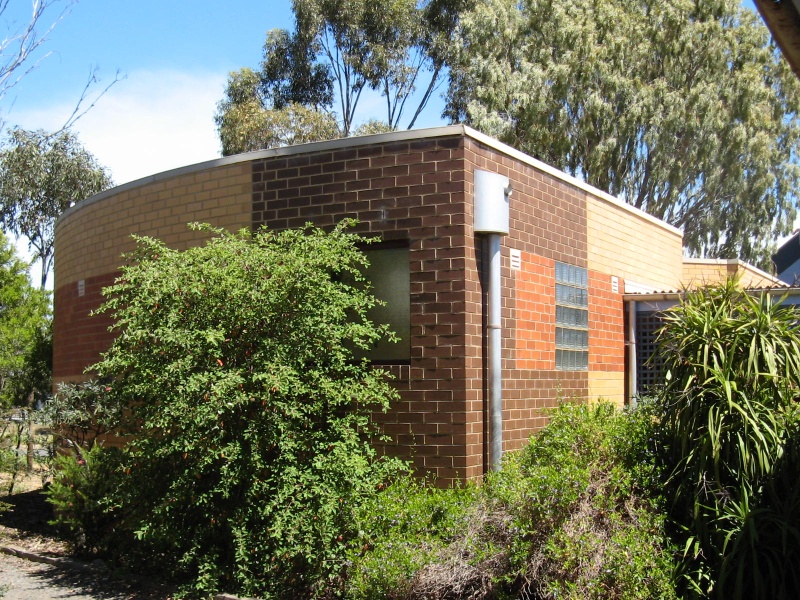 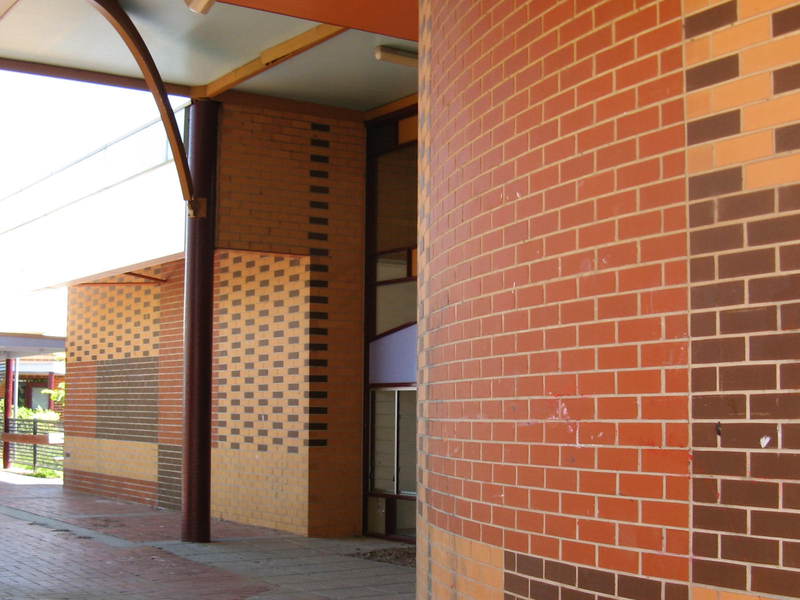 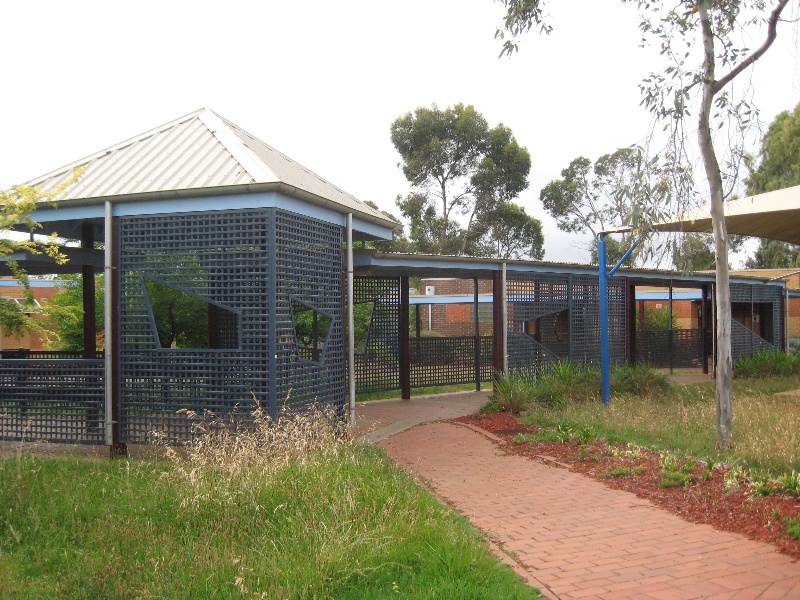 The former Mowbray College Patterson Campus at Melton is a cohesive complex of low-cost Post-modern style school buildings designed by the architect and critic Norman Day between 1982 and 1997.

Mowbray College was an independent community school established by local residents in Melton in 1983 and named Mowbray College to honour early settlers in the area, who came from Melton Mowbray in England. A school advisory committee formed in 1980, appointed Alan Patterson as founding headmaster and purchased a former knitting mill at Melton to use for classes. The school was to follow the ideas of the German educator Kurt Hahn (1886-1974), with a greater emphasis on pastoral care, individual initiative and social concerns than was usual in schools at the time. Classes began in 1983 at various sites in the town and moved into the mill building later that year. In 1982 Patterson had commissioned the Melbourne architect Norman Day to design new school buildings, and together they developed a master-plan based on a village concept, with low-cost domestic-scale classrooms and communal buildings connected by walkways. The buildings were designed by Norman Day + Associates in the Post-modern idiom of the 1960s-1980s. It was intended that the students would find the school environment as familiar as their homes, and the buildings were closely related to their suburban context in materials, scale and form. The school was built in stages with the close participation of the school community, and with the architecture evolving as the school developed. The school received wide coverage in the architectural press, and in 1988 Day was awarded the inaugural national Lustig & Moar Architectural Prize for the buildings and the Australian Library Promotion Council/RAIA Library Design Award for the library building. Day's period as school architect ended in 1997 and several buildings designed by others were added to the site after that date. The campus was renamed the Patterson Campus in 2002 in honour of the former headmaster. The school closed in 2012 and was taken over by Heathdale Christian College.

The former Mowbray College Patterson Campus is a complex of inventive and exuberant Post-modern style buildings based on the local suburban typology. The buildings are mostly of multi-coloured brick in shades of brown, red, orange and apricot laid in a variety of patterns. The school was conceived as a village community with a series of self-contained classrooms as 'houses', each with their own front door, back door and garden. The library building with its prominent rotunda with a square roof is the focus of the school, and together with the art, art technology, science and administration buildings are the main 'public buildings' of the complex. Each building is made distinctive through varied roof forms and the bold colours and patterns of the brickwork. The buildings are set amidst landscaped gardens with sculptures and murals and are linked by lattice-screened walkways that serve as the streets, with meeting places at the intersections.

This site is part of the traditional land of the Wurrundjeri people.

Criterion H Special association with the life or works of a person, or group of persons, of importance in Victoria's history

The former Mowbray College Patterson Campus is significant at the State level for the following reasons:

The former Mowbray College Patterson Campus is notable as a rich and innovative example of architectural Post-modernism. It is considered to be an exemplar of the style in Victoria, and references and celebrates the surrounding suburban building typologies, forms and materials. It is an inventive and intact example of 1980s school design and planning and an important example of the reforming school designs of the period. It is significant as a large collection of buildings in a consistent style and constructed within a relatively short period of time which were designed to provide an informal and humanised educational environment reflecting contemporary educational ideals and drawing on the notion of the school as a village. (Criterion D)

The former Mowbray College Patterson Campus is an inventive and rich complex of school buildings, which has been described as 'Melbourne's most joyful set of postmodern structures'. It is widely regarded as an innovative and influential project, which received considerable attention in the architectural press and was the recipient of several major architectural awards. (Criteria E and F)

The former Mowbray College Patterson Campus is a notable example in Victoria of the work of the influential architect, critic and academic Norman Day, and reflects Day's interest in contextual design and the principles of Post-modernism. (Criterion H)