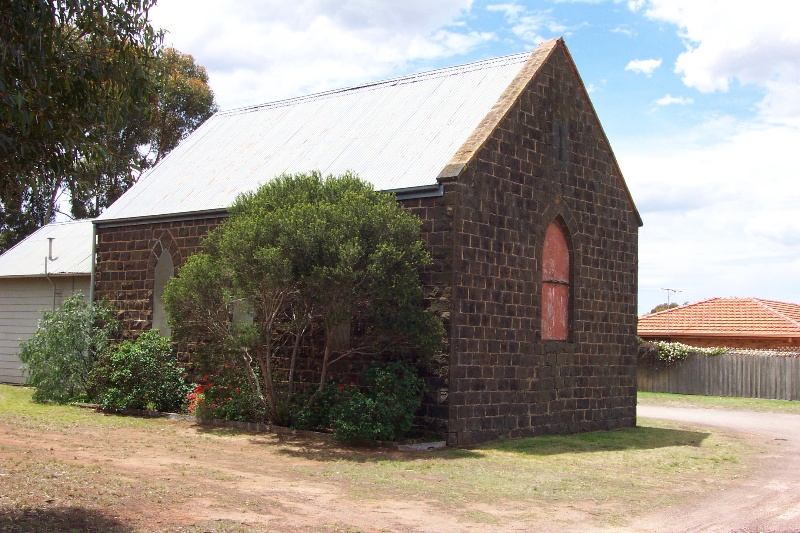 The former Wesleyan Methodist Church at 66 - 76 Palmerston Street is architecturally significant at a LOCAL level (AHC D.2, E.1). Although there is a recent small gable addition at one end, the Church building still demonstrates original design qualities of a Victorian Primitive Gothic Revival style. These qualities include the parapeted steeply pitched gable roof form and coursed, squared rubble bluestone wall construction. Other intact or appropriate qualities include the corrugated sheet metal roof cladding, pointed arched timber framed windows openings (albeit currently blocked up), and the small vertical lancet in both gable ends.

The former Wesleyan Methodist Church at 66 - 76 Palmerston Street is historically significant at a LOCAL level (AHC A4, B2). It is the oldest surviving church in the Shire of Melton, and as an expression of the importance of religion in the period. It also represents the post gold-rush period of community consolidation in which many small bluestone buildings were erected in townships on Victoria's basalt plains. Its modest size and simple style probably reflect the size, beliefs, and affluence of the congregation that built it.

Overall, the former Wesleyan Methodist Church at 66 - 76 Palmerston Street is of LOCAL significance.