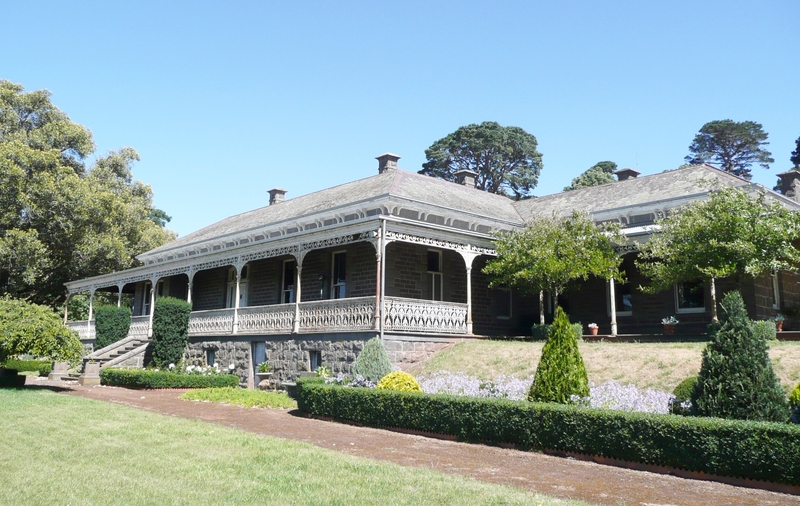 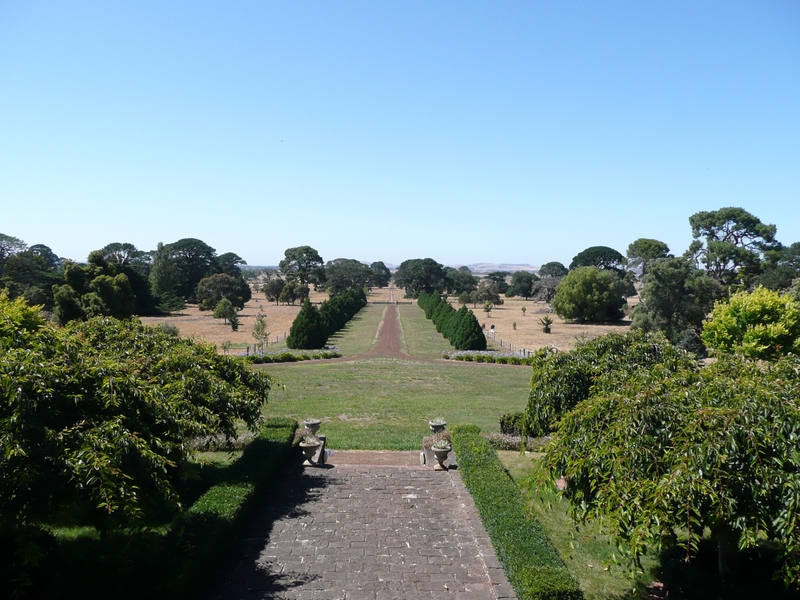 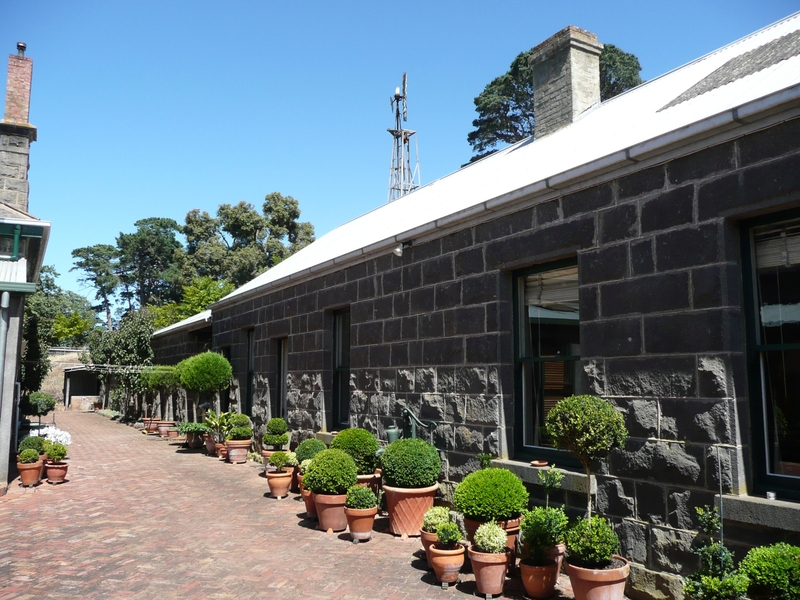 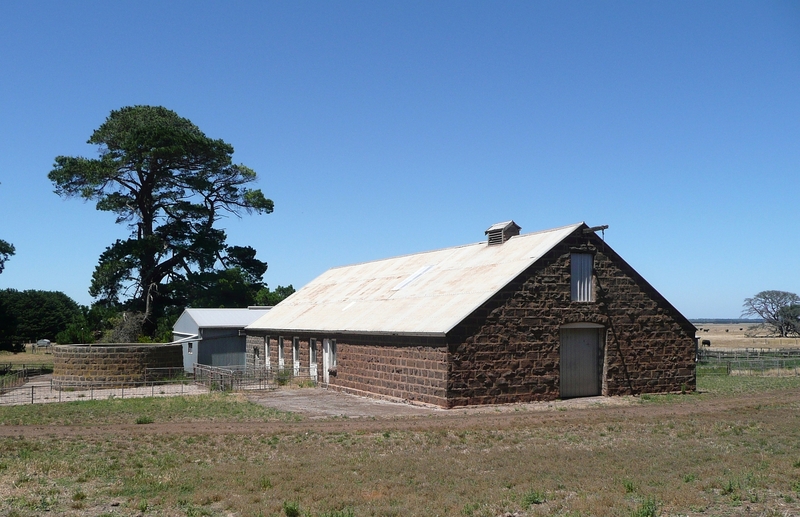 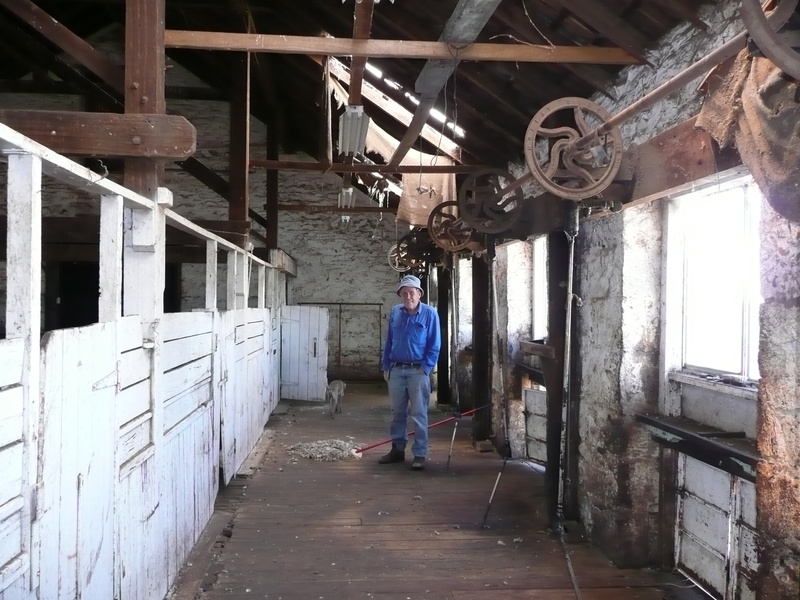 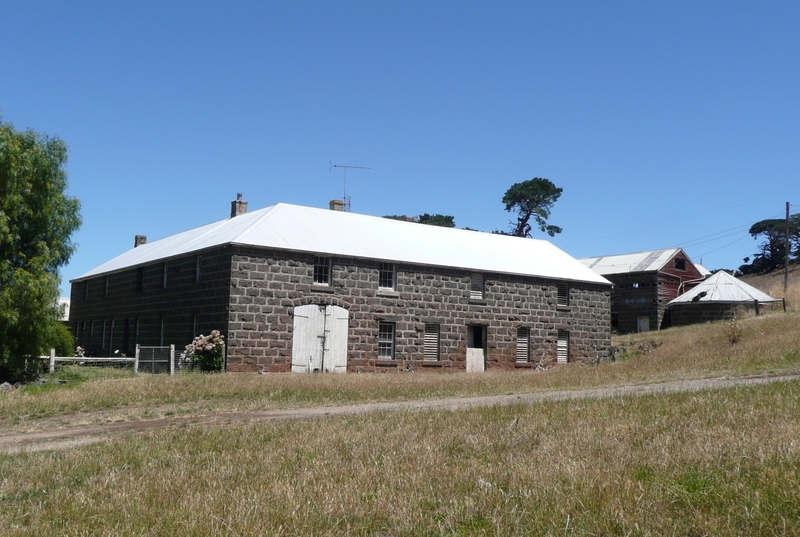 'What is significant?
Meningoort was part of a larger squatting run taken up by Scottish immigrants Peter McArthur and Nicholas Cole in 1837. The run was divided in 1842 or 1843 and McArthur took over the Meningoort section. In 1851, he built a rectangular verandahed bungalow on a terrace cut from the side of the extinct volcano Mount Meningoort. A view of the house and grounds was painted by Eugene von Guerard in 1861. In 1887, the house was partially rebuilt and enlarged to a design by Melbourne architect Charles D'Ebro. Side wings, set back from front of the house on each side, were added to the original house, enclosing a courtyard at the rear; the original house was then rebuilt between these wings. In 1903, D'Ebro delivered an address to the Royal Victorian Institute of Architects titled "Design of Australian Country Houses". Meningoort illustrated many of the features discussed in this paper, particularly the good accommodation provided for the servants.

Meningoort is a grand, single-storey bluestone Italianate homestead with a decorative cast-iron verandah across the front and sides, and a corrugated iron roof. A verandah around the rear court shelters the back entrances to the house. In the symmetrical central part of the house the principal rooms are located at the front, and the bedrooms are located along a transverse corridor behind these. One of the rear wings contains family bedrooms, dressing rooms and nurseries. The other wing contains the kitchen offices, a housekeeper's room, servants' dining room and laundry, with additional servants' bedrooms in an attic above. The interior is intact, and much of the original furniture, notably in the dining room and Peter McArthur's study, remains in the house. At the rear of the house are two long rectangular bluestone buildings; the one at the rear of the courtyard containing a billiard room, WC, school-room and servants? sitting room, the other five more service rooms, including a dairy. South of the house are a large bluestone woolshed, two-storey bluestone stables, and a number of other timber and stone outbuildings.

The approach to the house and its setting are spectacular. The homestead is sited on the south-east slope of Mount Meningoort, directly facing Mount Leura. It has an unusual axial approach along a long avenue of red-gums to a circular driveway surrounded by a high hedge in front of the house, and two flights of stone steps lead from this up to the house. The homestead garden is shaped by hedging and low plantings, with large mature species in extensive park-like surrounds. Aspects of the original landscape plan have survived, including the terracing and a number of mature species, including pines and conifers.


Meningoort has remained in the possession of the McArthur family since its construction. The family has made a long and distinguished contribution to public life. Peter McArthur was one of the most prominent pastoralists in the Western District until his death in 1897. His son Sir Stewart McArthur (d.1935) was a Supreme Court judge and a Knight Bachelor. Sir Gordon Stewart McArthur (1896-1965) was a Member of the House of Representatives for thirty-five years; Gordon's son Fergus Stewart McArthur (b.1937) was an MHR until 2007.

How is it significant?
Meningoort is of architectural, historical and scientific (horticultural) significance to the State of Victoria.

Why is it significant?
Meningoort is of historical significance for its association with the period of early pastoral settlement in western Victoria, the site being first settled in 1837; and particularly for its association with early pastoralists Peter McArthur and Nicholas Cole. This significance is enhanced by its being maintained in near original condition, and being held by the same family since its construction. Its collection of furniture is intrinsic to the history of the homestead and the wider property.

Meningoort is of architectural significance as an important example of a Western District bluestone pastoral homestead.Its grand scale and setting reflects the wealth and importance of the Western District pastoralists, and the ongoing and prominent role of pastoral families such as the McArthurs in the social and political life in Victoria.The station outbuildings, especially the bluestone woolshed and stables, are significant as fine examples of working buildings, ranging from the architect-designed to the rustic vernacular, and for their contribution to an understanding of the complex workings of the pastoral station.

The remnant homestead garden, and the broader landscaped grounds, is of horticultural and aesthetic significance for its park-like and picturesque setting, which was characteristic of pastoral homesteads in Victoria. The bold landscaping treatment at Meningoort reflects the visual importance given to the siting of the homestead in the early pastoral period, and the place of the homestead in the natural landscape. Meningoort is also significant for its garden elements, including the terrace, and collection of mature species that includes conifers and an Oak tree (Quercus sp.). The property's aesthetic significance is enhanced by the fact that it was painted by Eugene von Guerard in 1861, one of the many pastoral landscapes von Guerard painted in western Victoria in the 1850s and 1860s.
[Online Data Upgrade Project 2004]