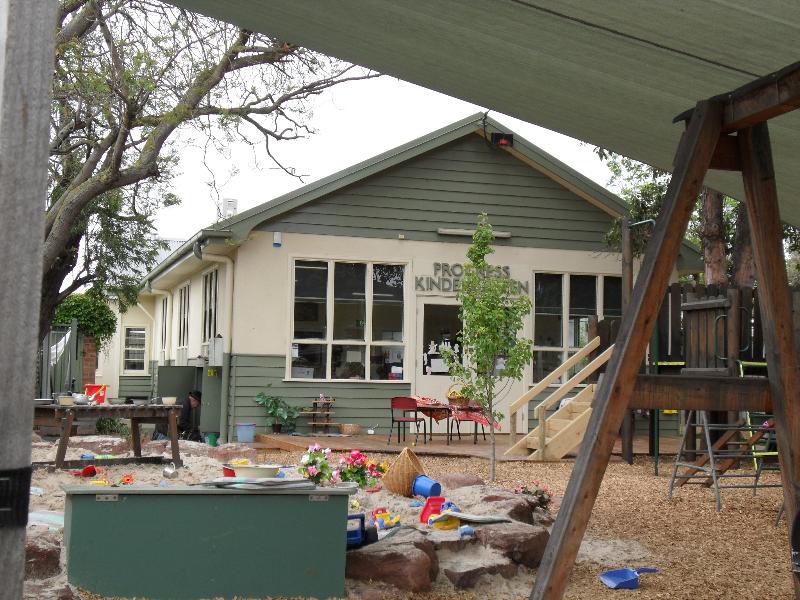 What is significant?
The Progress Kindergarten, constructed in 1953, at 11 Brown Avenue, Ascot Vale is significant. It is a simple gabled building clad in weatherboards and rendered cement sheet, with weatherboards used in the gable ends. The symmetrical facade has large square windows on either side of the double entry doors, which have the 'Progress Kindergarten' sign in raised letters above. There are further large square windows in the front and side elevations and smaller windows with horizontal glazing bars in the rear section.

Non-original alterations and additions and other buildings on the site are not significant.

How is it significant?
The Progress Kindergarten is of local historic, architectural and social significance to the City of Moonee Valley.

It is socially significant as a building that has been used as a child care centre since 1953. (Criterion G)