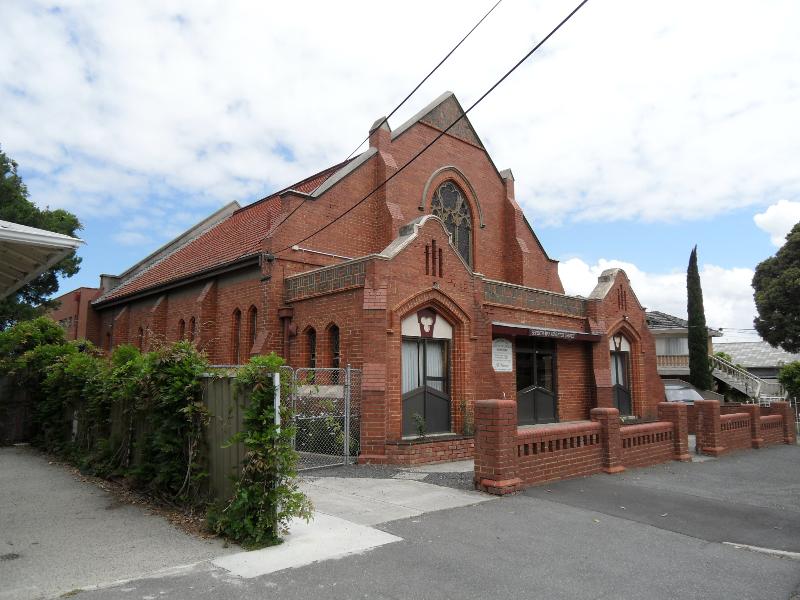 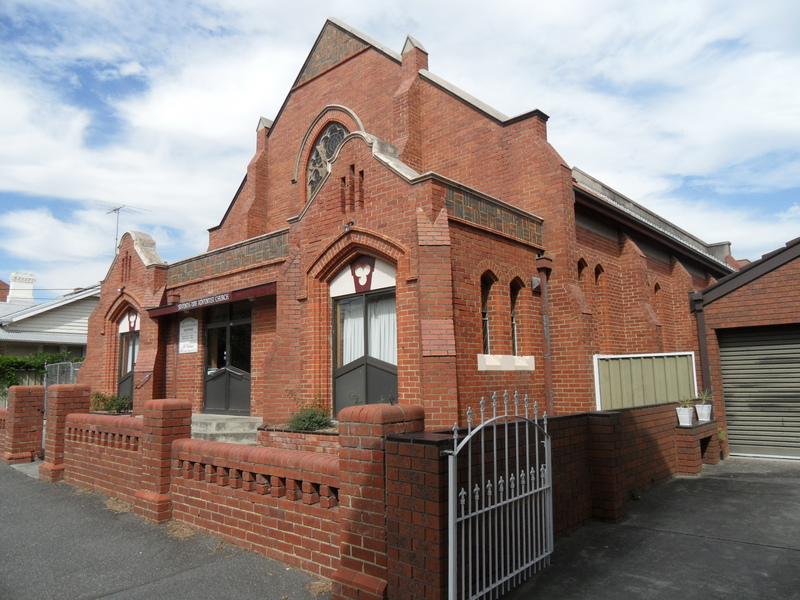 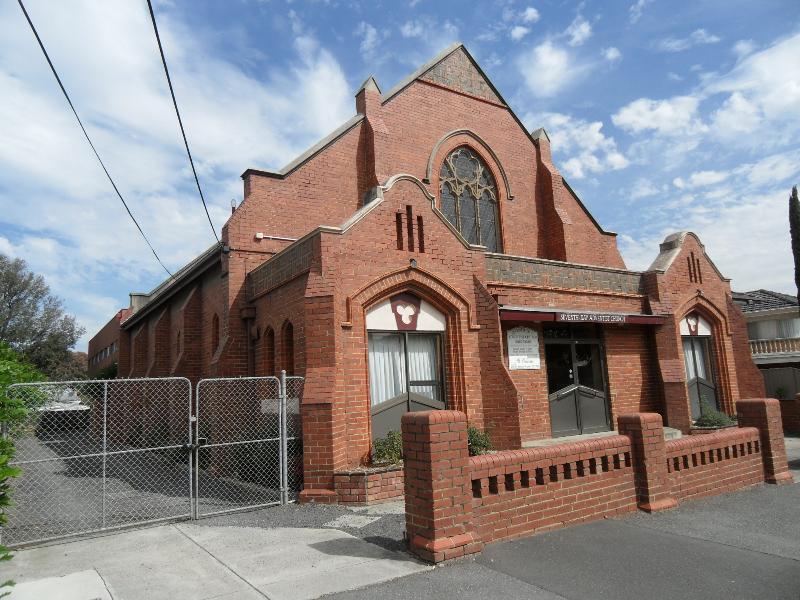 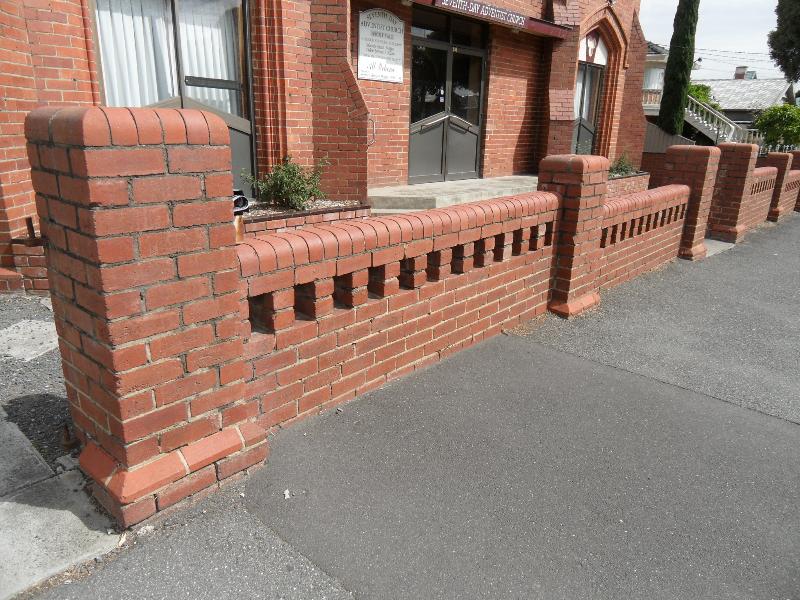 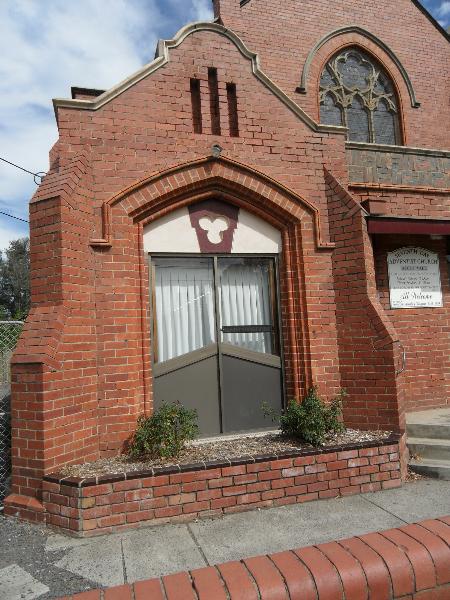 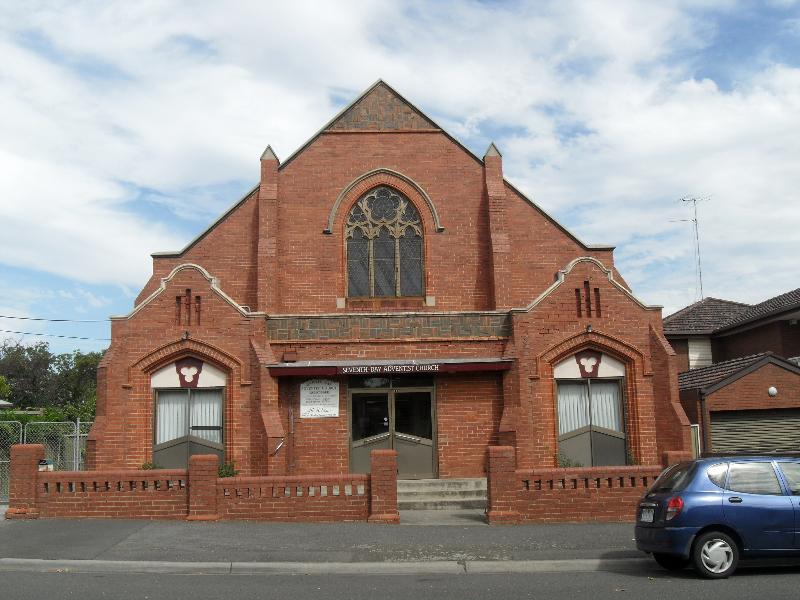 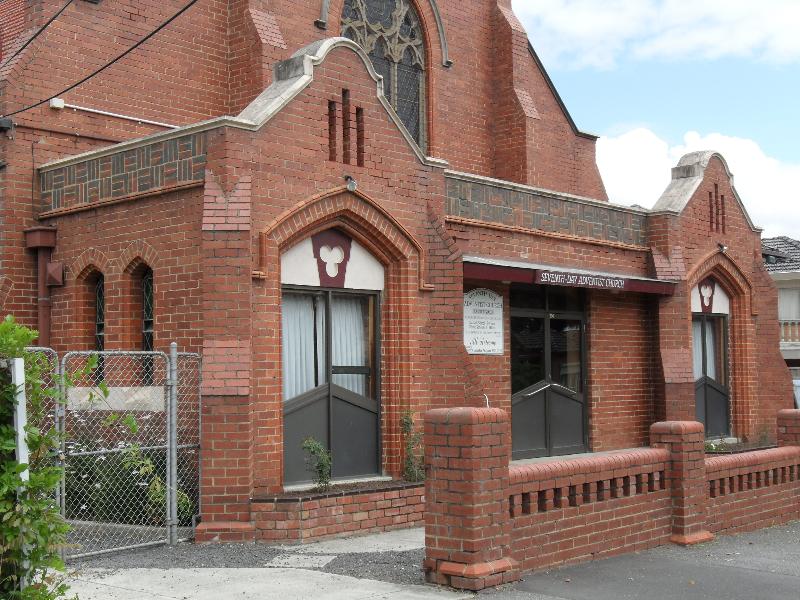 What is significant?
The former Ascot Vale Methodist Church (now Seventh Day Adventist Church), 43 The Parade, Ascot Vale, is significant. The 1926-27 church replaced an 1887 building across the street at 68 The Parade which was then used as the Sunday School (demolished). The new church was designed by architect FW Thomas. It is a red-brick building with accents in patterned clinker brick. The traditional gabled nave has a large tracery window with stepped buttresses around it, while Tudor arches are used for the wide front porch. The entry doors were originally located to either end of the porch, set below Flemish gables, but the entrance is now at the centre of the porch.

The 1920s front brick fence is also of significance.

Later additions and alterations to the place are not significant.

How is it significant?
The former Ascot Vale Methodist Church is of local historical and architectural significance to the City of Moonee Valley.

Why is it significant?
It is historically significant as tangible evidence of the importance of the Methodist Church in Ascot Vale in the 19th and early 20th century, and the separate identity of the Methodists prior to the creation of the Uniting Church of Australia. (Criterion A)

It is architecturally significant as an Arts & Crafts Gothic church with the free use of historical and creative details that characterises that style. Details of note include the Flemish gables to the front porch, with the incised vertical detail typical of the style, the subtle palette of materials - plain and moulded red brick with clinker brick in a basket-weave pattern, stepped buttresses used on the gable and splayed from the corners of the porch, as well as the finely finished front fence in matching red brick. (Criterion E)