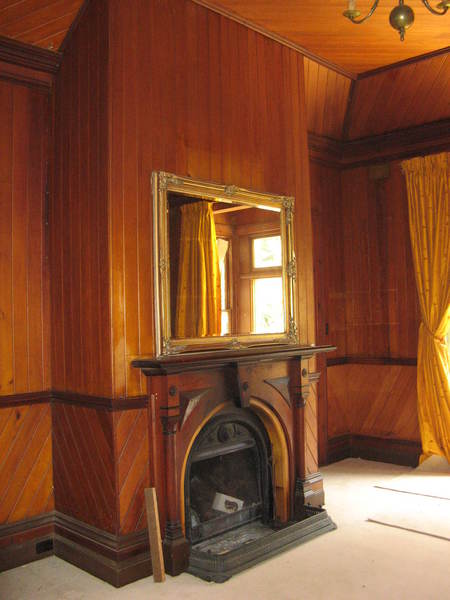 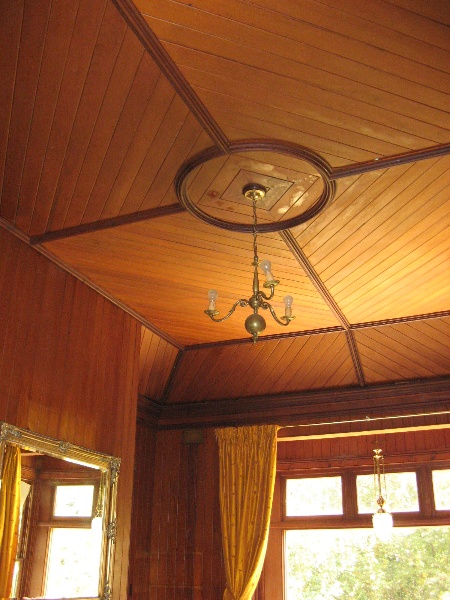 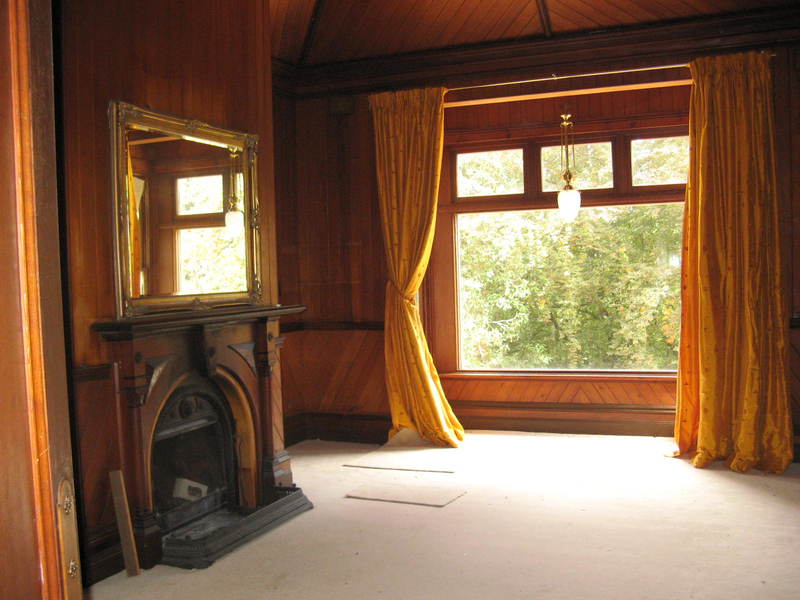 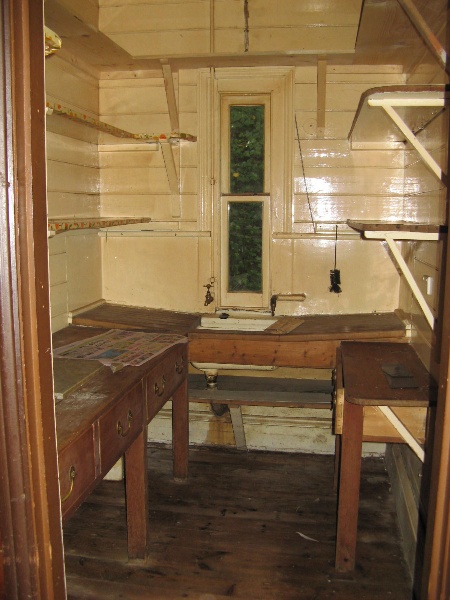 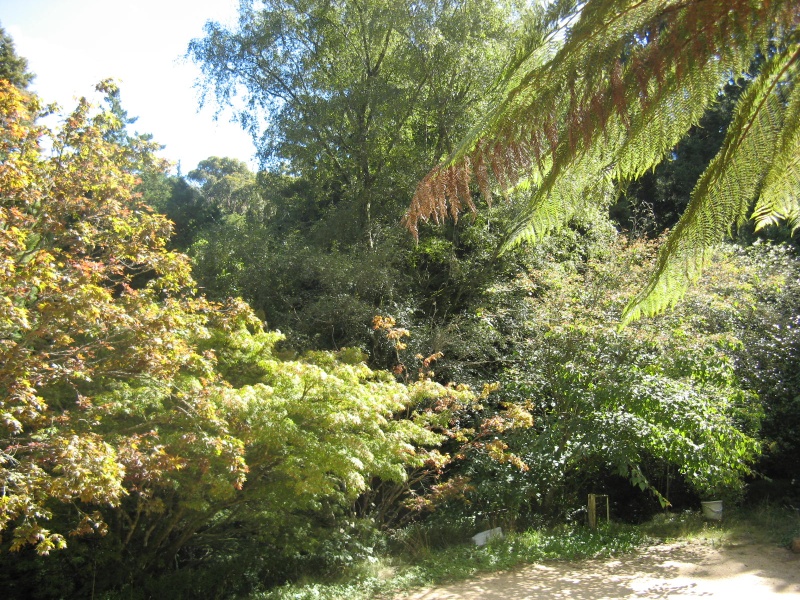 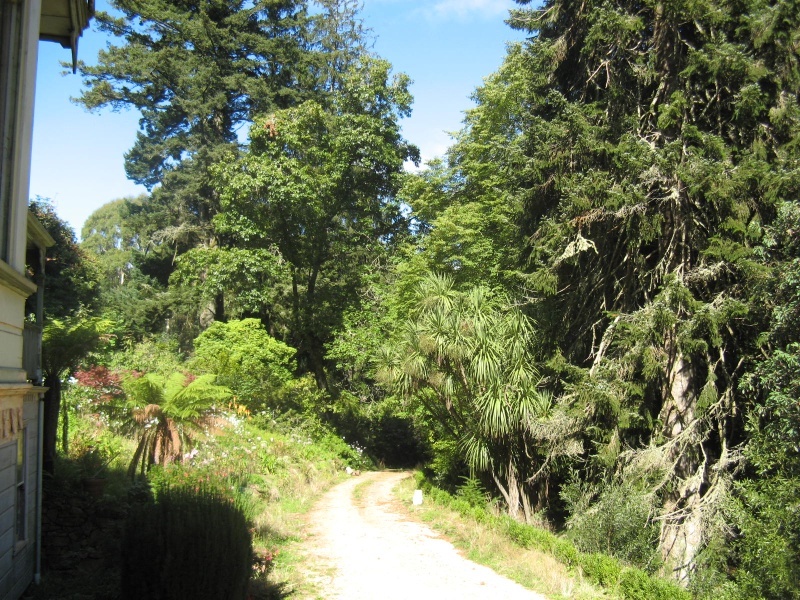 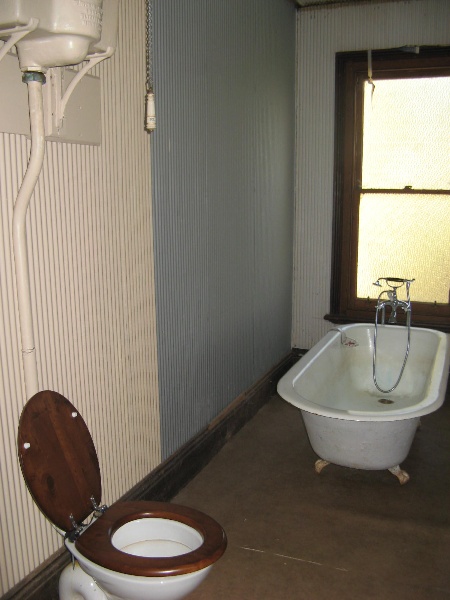 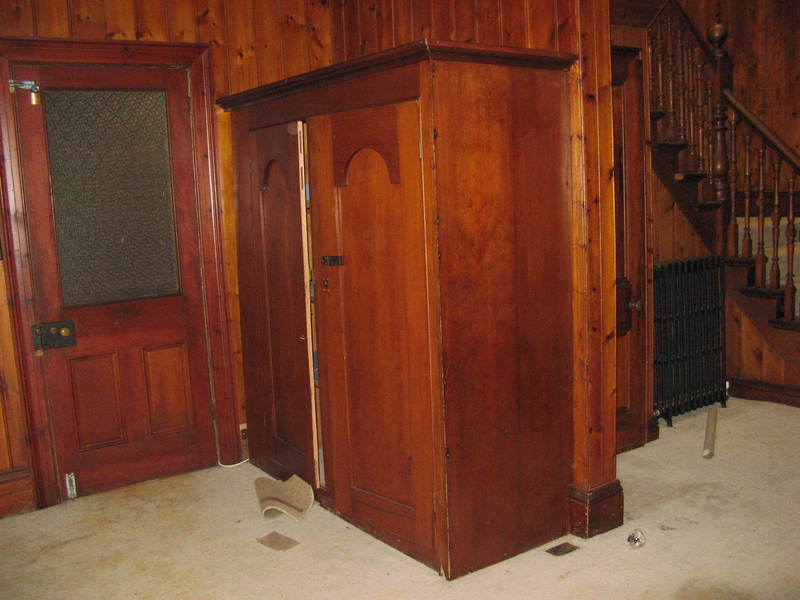 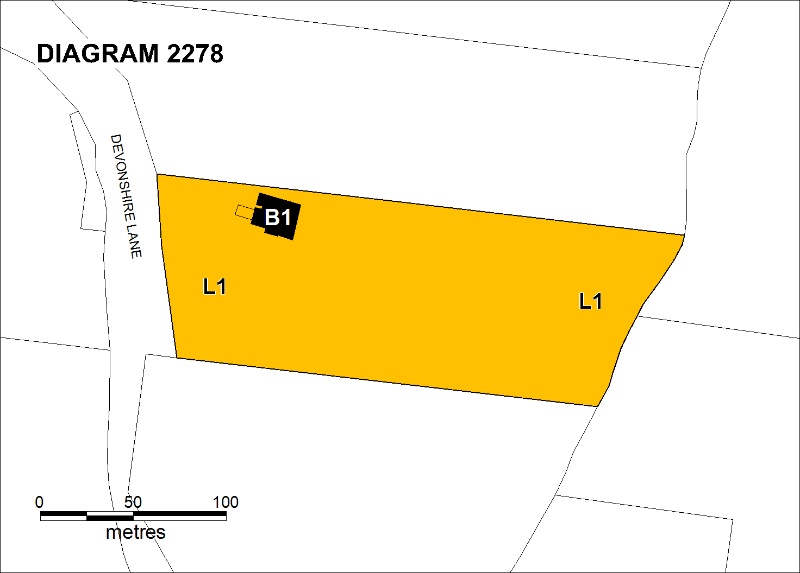 Karori is a six acre (2.4 hectare) hill station property on Turitable Creek on the steep southern slopes of Mount Macedon, with a picturesque timber house set amidst an extensive garden. The house was built as a summer retreat in 1888 by Charles William Chapman (1844-1929), a mining and pastoral investor who was originally from New Zealand but who had extensive business interests in Australia. He brought from New Zealand the Italian-born architect Louis Boldini (c1828-1908), who migrated to New Zealand and practised during the 1880s in Dunedin, where he designed a number of major buildings. Boldini designed Chapman's new house, which was given a Maori name, and in 1889 also designed in a similar picturesque style the nearby guest house, Braemar House (VHR H2003), in which Chapman had a financial interest. Karori was advertised for sale in 1898 as 'the well-known Italian villa' in 'one of the prettiest gullies in Victoria', with the grounds 'laid out into lawns, shrubberies, flower, fruit and vegetable gardens'. The property was bought by the Melbourne wool buyer Toussaint Dewez, who made some minor additions to the house in c1904, and it remained in the family until 1962. The Dewez family developed the garden with the assistance of three full-time gardeners and added a number of North American trees. The property was acquired in 1972 by Dr Robert Harbison and his wife Thelma, both prominent Mount Macedon identities, who extended the service wing and made other alterations to the house, and introduced many exotics trees, mostly from New Zealand. The 1983 bushfires, which destroyed many of the old Mount Macedon properties, damaged parts of the garden and destroyed the stables, a laundry, a glass house and a gardener's cottage.

Karori is a timber building in a picturesque Swiss cottage style, which was considered an appropriate choice for British colonial hill station residences in the nineteenth century. It has a square tower above the main entrance, which is at the first floor level. The house is notable for the intricate carved timber decoration, especially in the gable ends and at the base of the tower. It has an unusual H-shape plan, with a two-storey front section, containing bedrooms on the ground floor and living rooms and bedrooms on the first floor, connected by a passage at the first floor level to a single storey service wing at the rear. The timber theme is continued into the interior, with Kauri pine lining the main rooms and Baltic pine the other rooms. The interiors are largely intact, with original timber fireplaces and built-in cupboards, and the original scullery and bathroom, which is lined with narrow-gauge corrugated iron. The garden is terraced with stone walls, and has many rare and exotic trees, including weeping elms, a huge monkey puzzle, cryptomeria, silver birch, Tasmanian waratahs and sycamores. In one part of the garden there is a younger stand of Douglas Fir, large rhododendrons, Lawson Cypress, tulip trees and purple copper beeches. These massive trees are backed by towering eucalypts, while in the flower beds there are masses of spring flowering bulbs, hellebores and lily of the valley. In one area a huge Giant Redwood towers over the smaller trees and there is a cluster of silver poplars, variegated hollies, New Zealand hop bush, an Algerian oak and a sugar maple. Along the drive are flowering currants, Irish strawberry, a huge New Zealand griselinia, and there is a bank of native bush in the gully. There are outstanding specimens of a Douglas fir (Pseudotsuga menziesii) and a Tasmanian leatherwood (Eucryphia lucida).

Karori is of architectural, historical, aesthetic, and scientific (botanical and horticultural) significance to the state of Victoria.

Karori is of historical significance as an outstanding example of the summer retreats built on the southern slopes of Mount Macedon in the nineteenth century. The residence and its garden setting evoke the lifestyle of wealthy Victorians at the time. It is an integral component of the surviving Mount Macedon precinct of hill station properties, developed by some of the state's most prominent and wealthy citizens in the late nineteenth and early twentieth centuries and damaged by catastrophic bushfires in 1983. It is significant for its association with the original owner, Charles William Chapman, who was prominent in the pastoral and mining industries.

Karori is of architectural significance as a rare and intact example of a nineteenth century residence in a picturesque style traditionally associated with British colonial hill stations. It is significant for its association with the Italian-born architect Louis Boldini, who came from New Zealand in 1888 to design the house, and later designed the outstanding Mount Macedon guest house Braemar House in a similar style.

Karori is of aesthetic and scientific (botanical and horticultural) significance as an outstanding example of a hill station garden. These gardens were built on a grandiose scale, unequalled anywhere in Australia. Karori is one of the major gardens on Mount Macedon, which has one of the most important collections of large nineteenth century gardens in the country. It contains a notable collection of conifers and deciduous cool climate plants, especially North American and New Zealand species.