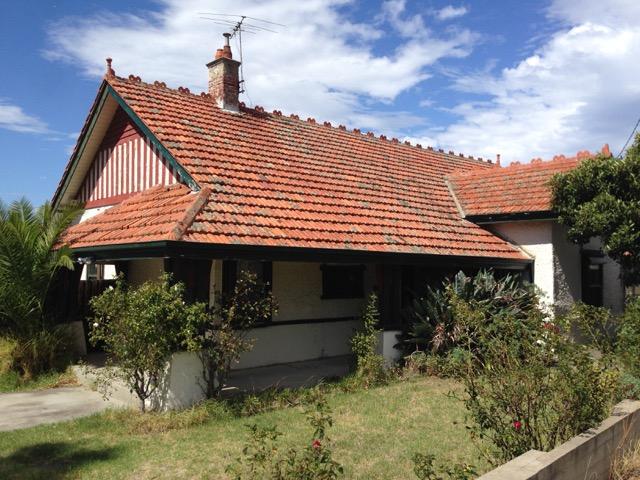 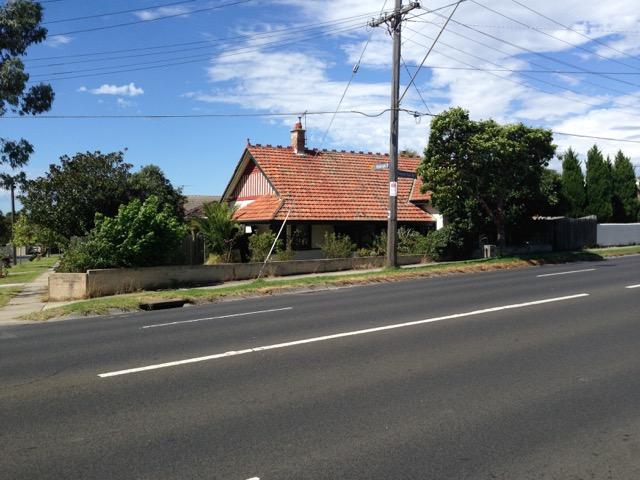 Note: This house was not identified during the Heritage Gaps Study Stage 1. It was identified in 2015 by David Helms as a result of the detailed assessment of the Pascoe Vale Road Precinct.

This house was built in 1914. The architect was Leslie M. Perrott (with the assistance of V.G. Cook, architect and engineer) and it was constructed by the Steelcrete Building Company.

The steel studs and stanchions are bedded securely upon the concrete foundations, and are braced by holed crossbars which are dropped into position over the studs. The templates are locked on by means of mortised ends as see in iron bed rails. The window sashes and door frames are fitted by the same device. One of the principal features is that the whole structure is erected without screws or bolts. When the frame is complete timber concrete moulds are employed to cover all the steel with concrete.

The house is a single story Edwardian bungalow with Arts & Crafts detailing. It has a hipped roof clad in terracotta tiles with ridge capping and finials, which extends to form a porch over the entry. There is roughcast render to the upper walls and a brick and roughcast chimney with terracotta pots. The house appears to be very intact.

Of potential historic and technical significance at a local and possibly State level.