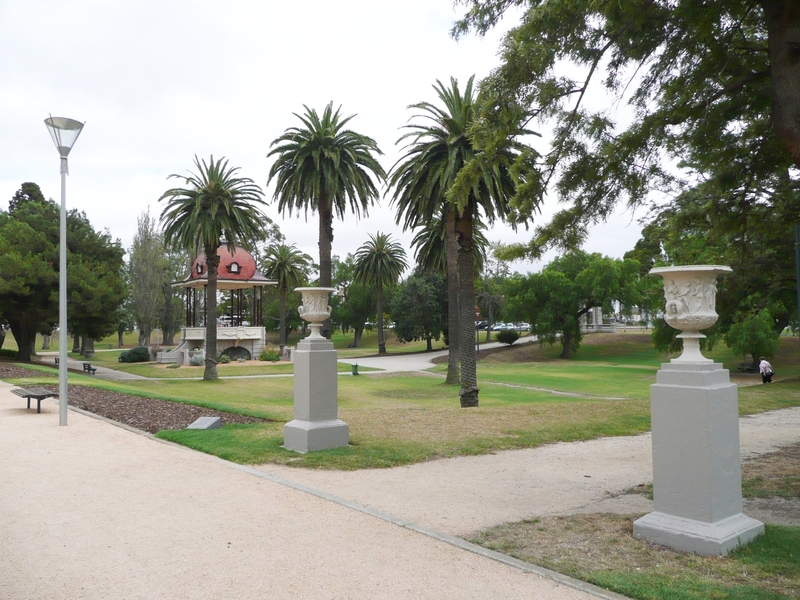 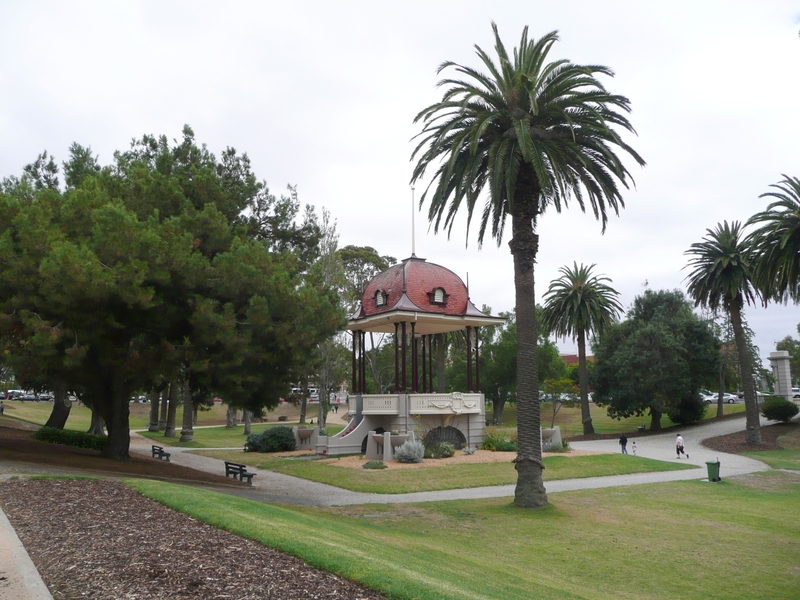 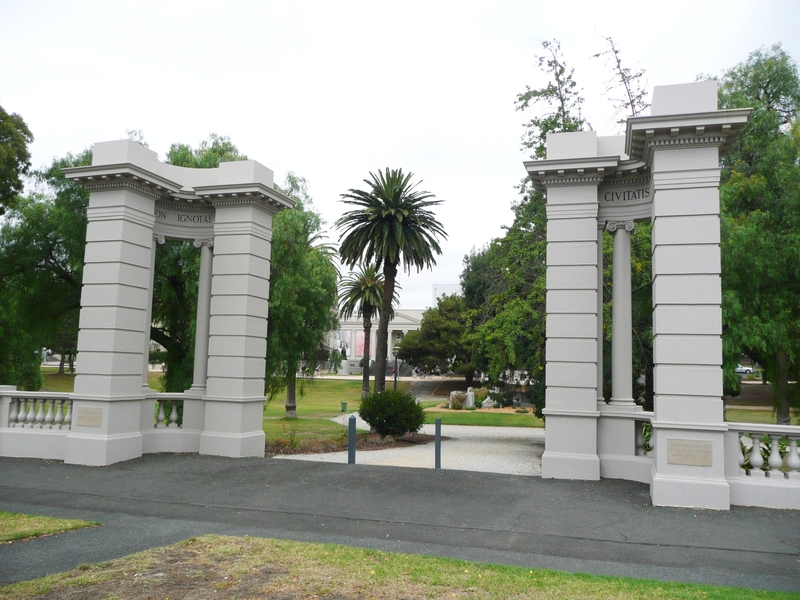 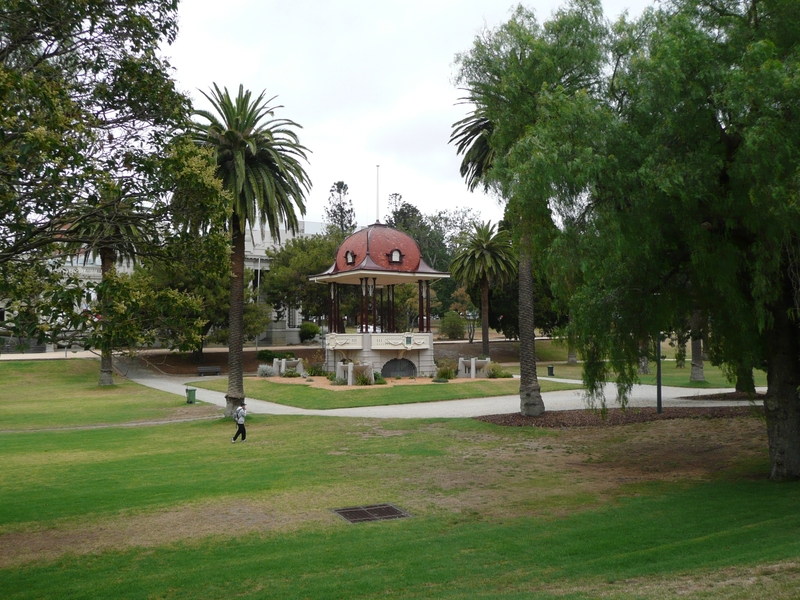 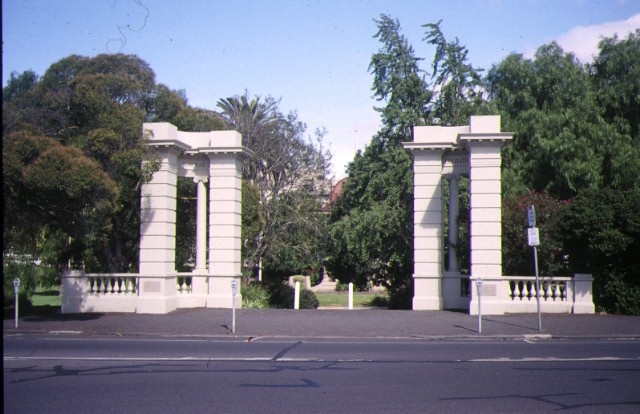 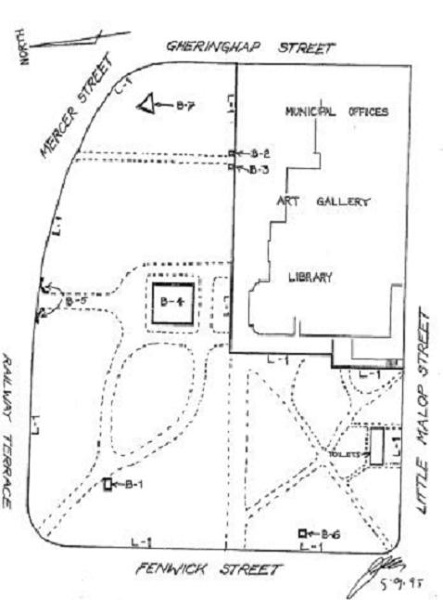 Johnstone Park, originally set aside in 1848, was developed in the late 1860s, and was officially opened in March 1872. It was named after Robert de Bruce Johnstone, who was Mayor of Geelong at that time. The park contains several structures including Stitt Jenkins drinking fountain (1860), the 'De Medici' urns (1873), Hitchcock Memorial bandstand and gates (1919 & 1925) and several later statues and monuments.

Johnstone Park is of architectural, historical, and social significance to Victoria.

Johnstone Park is of architectural significance for its association with Percy Everett and Laird and Buchan, who prepared the prize winning re-development scheme for the park in 1916 and who also designed the current bandstand in 1919. Percy Everett was a local architect who later became Chief Architect of the Public Works Department in Victoria. The drinking fountain is important as an example of early and unusual work designed by prominent architects Backhouse & Reynolds, not usually associated with any other projects except buildings. The 'De Medici' urns are of interest as rare and essentially intact example of cast-iron urns, produced by Andrew Handyside & Co., England, and imported in the early 1870s.

Johnstone Park is of historical significance for its association with Robert Hoddle and his original plan of Geelong (1838), in which the area known as Johnstone Park was used as a buffer between the town and the suburban allotments to the park's west.

The park is of social significance as an open areas and outdoor entertainment areas, particularly fashionable around the turn of the century. The Stitt Jenkins Drinking Fountain is important as the earliest existing fountain associated with the Temperance Movement, which advocated the restriction or abolition of alcoholic drinks.