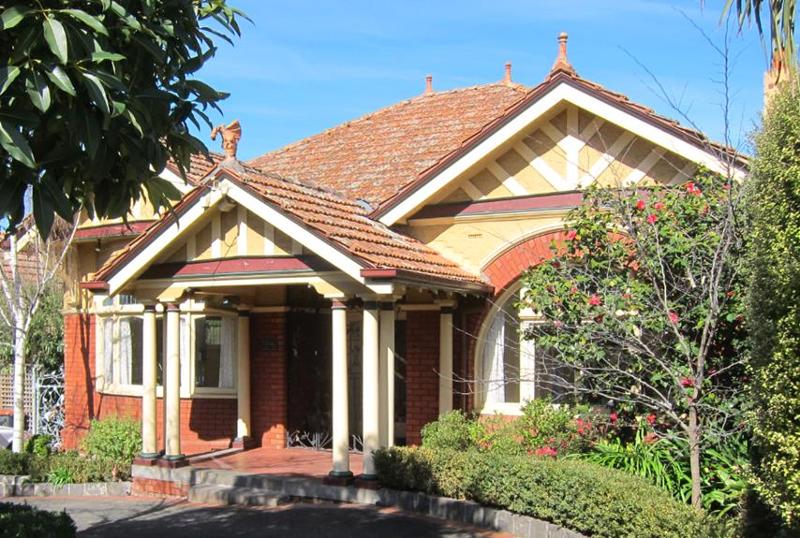 140 Canterbury Road Canterbury, a Federation house built in 1912 is significant.

140 Canterbury Road Canterbury is of local historic and aesthetic significance to the City of Boroondara.

140 Canterbury Road Canterbury is historically significant for its association with the Logan Estate, subdivided and marketed in the early twentieth century following the earlier Claremont Park Estate. Claremont Park and Logan's Estate formed part of the large land holding owned from the 1850s by Michael Logan and Patrick Maloney. (Criterion A).

Aesthetically 140 Canterbury Road is a typical example of the work of architect Christopher Cowper. Through its design and detailing the house displays the elements employed in other houses known to have been designed by Cowper. In common with 12 Moore Street c1909, (HO152) and 19 Lisson Grove, 1912, (HO458) there are similarities of the gabled front porches in all three houses and with the combination of the arched window and bay window on either side of the front porch.

Aesthetically, 140 Canterbury Road displays a distinctive symmetrical form of double gables presenting to the street and linked with a hipped roof with transverse ridge crowned with terra-cotta finials. The central recessed entrance and entrance porch are notable elements as are the large windows, one with an arched head and one bay window. Specific column and bracket detailing is Cowper's signature style, as is the tendency to break the symmetry through the use of mis-matched front windows. Other features include the half timbering to gable ends, both vertical and diagonally laid over rough cast stucco finish. Other materials of red brick with rubbed finish, leadlight windows and tall slender chimneys of stucco and face brick are typical Edwardian stylistic elements. (Criterion E).

It is highly likely that 140 Canterbury Road is associated with the work of South African born architect Christopher Cowper whose contribution to the residential architecture of Boroondara is considerable. Best known for his extensive Queen Anne residential development in Grace Park, Hawthorn (1908-1912) and extensive work includes an English vernacular influenced attic villa at 71 Broadway, Camberwell (c1915), and many houses in the middle ring suburbs of Kew, Hawthorn and Camberwell, as typified by his own house at 14 Studley Avenue, Kew (c1907) and 'Constantia', 9 Hilda Crescent, Hawthorn (1907-12). (Context 2005:20). The practice of Cowper, Murphy & Appleford between 1921-49 were influential in their later commercial architecture throughout Melbourne. (Criterion H).