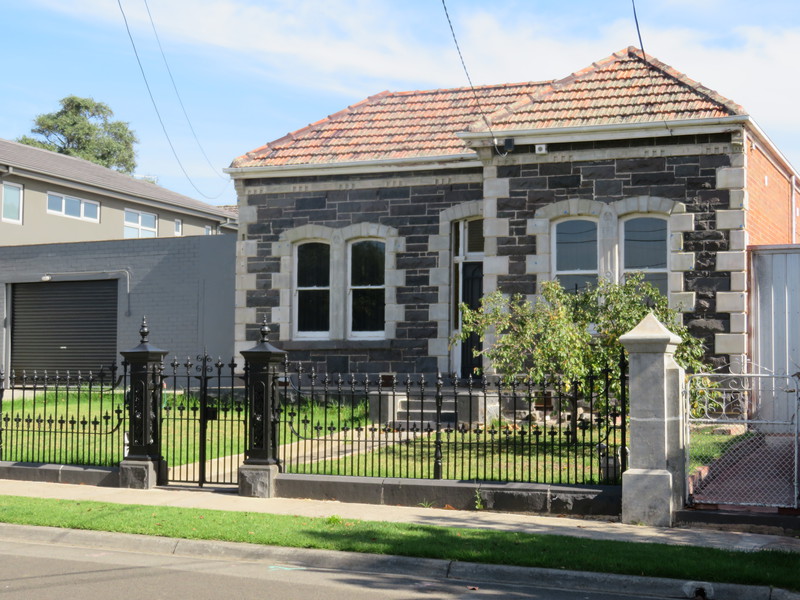 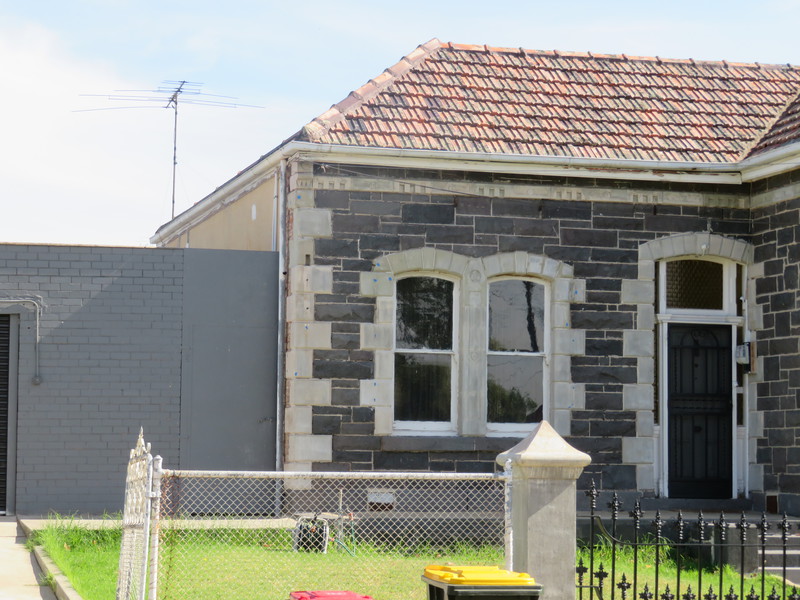 The significant fabric includes the:

face basalt and freestone quoining to the principal facade;

unpainted sections of the face brickwork;

early door and window joinery; and

The roof tiles, rear extension, modern garage and section of cyclone wire fence are not significant.

71 Primrose Street, Essendon, possesses rarity value and is of local architectural (representative) significance to the City of Moonee Valley.

71 Primrose Street, Essendon, is a rare example of the use of stone in residential construction in the City of Moonee Valley. Stone is an atypical building material and rare amongst places on the Heritage Overlay. Houses in the City of Moonee Valley are most commonly of brick construction. Of the small group of bluestone buildings in Moonee Valley, only one is included in the Heritage Overlay, at 24 Ascot Vale Road Flemington, 1881 (HO303). Like 71 Primrose Street, 24 Ascot Vale Road features a combination of brick and bluestone, although it does not feature freestone quoining. A further house at 33 Thomas Street is recommended for inclusion as an individually significant place in the Heritage Overlay in Moonee Valley 2017 Heritage Study. 71 Primrose Street is a rare example of a house using a combination of bluestone walling and freestone quoining. (Criterion B)

71 Primrose Street, Essendon, is of significance as a Victorian-era Italianate villa, retaining its original building and roof form, basic pattern of fenestration and some early stone plinths to the front fence. While its integrity is diminished by the replacement of original roof tiles, loss of chimneys and front verandah, the significance is retained because its Victorian origins are clearly evident and is enhanced by the unusual bluestone and freestone construction. (Criterion D)