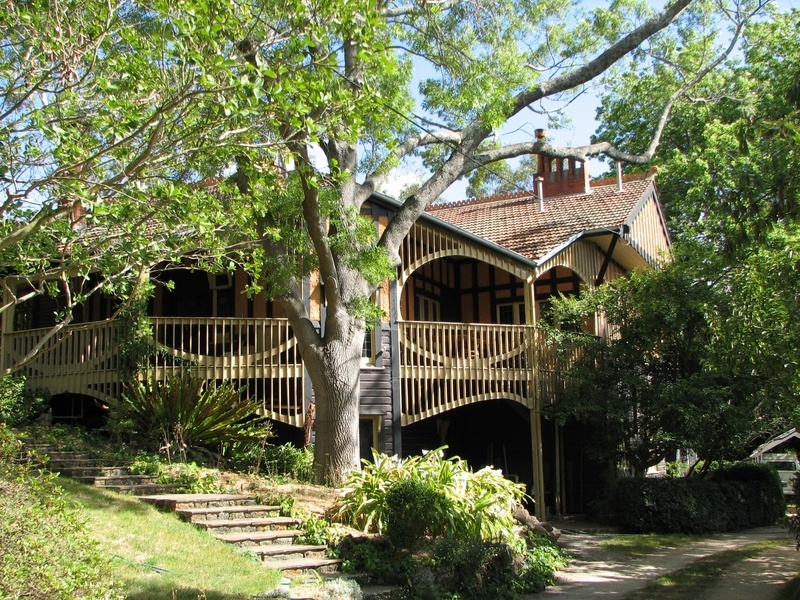 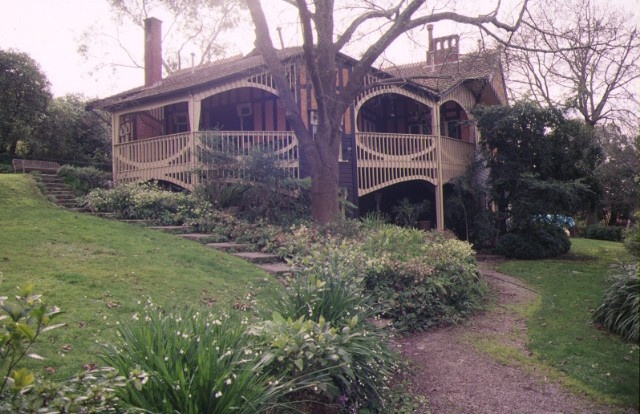 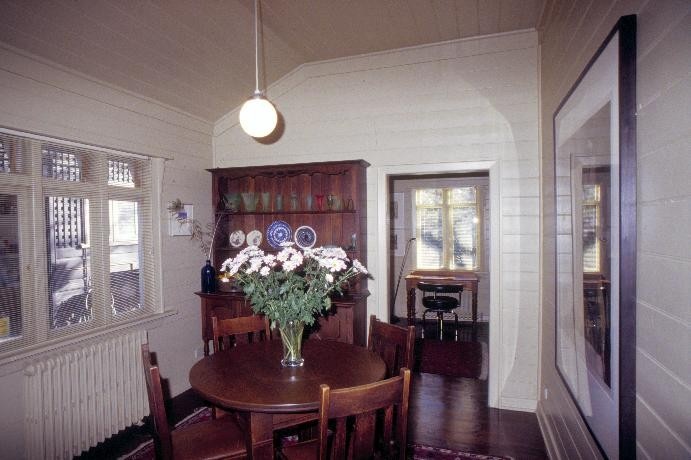 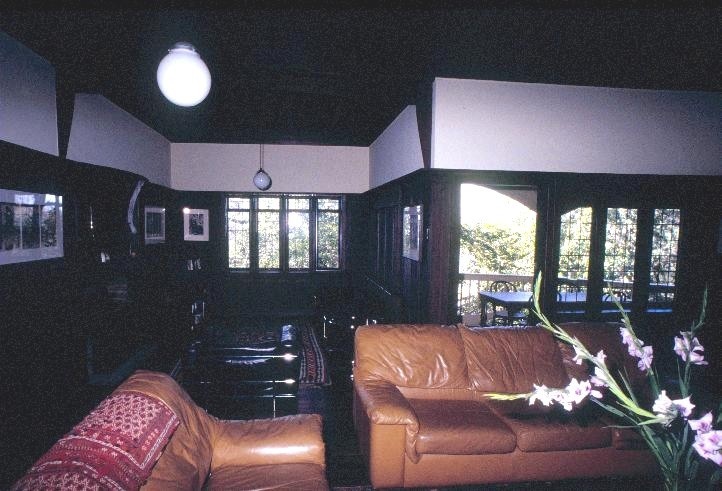 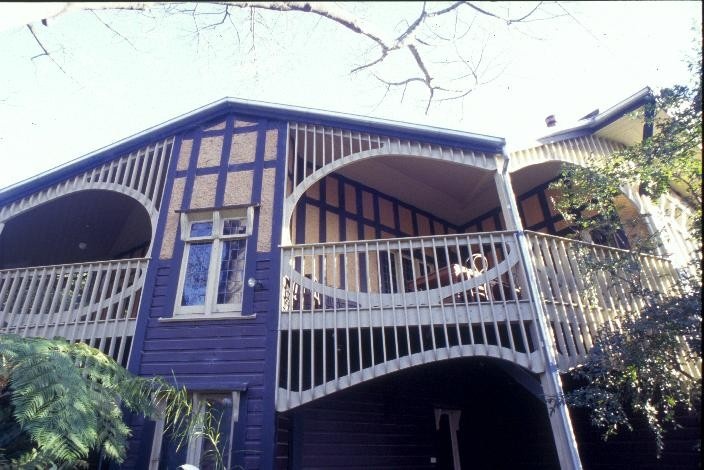 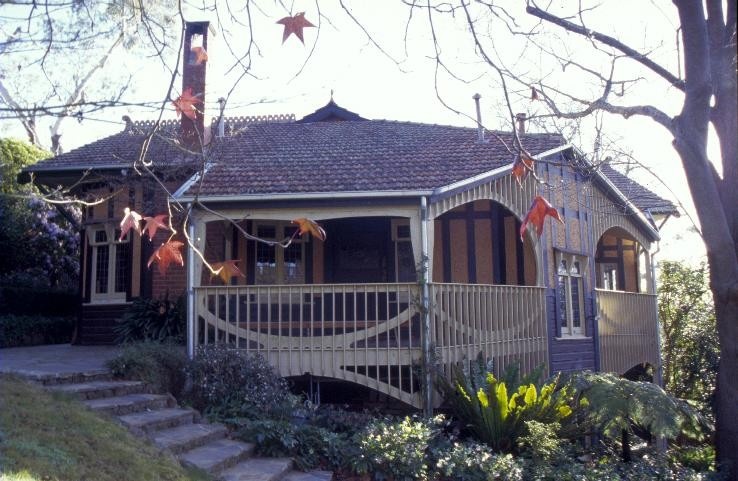 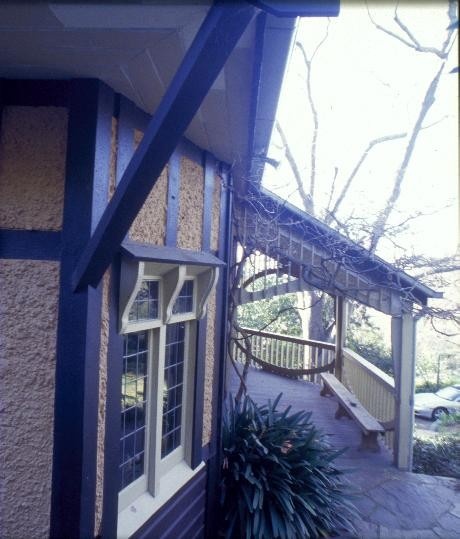 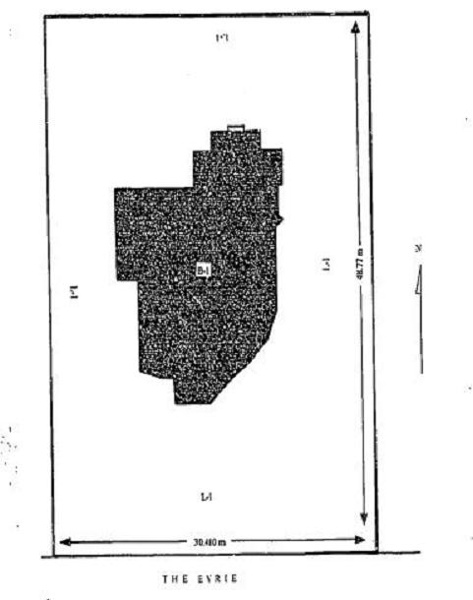 Chadwick House, 32-34 The Eyrie, was designed in 1904 by the architect Harold Desbrowe Annear for his father-in-law, James Chadwick. The house is a two-storey, Medieval inspired Arts and Crafts style building with half-timbered roughcast walls, a hipped and gabled Marseilles-patterned tile roof, arcaded chimney stacks and cantilevered gables. Internally the house has extensive timber panelling with built-in furniture and storage space.

Chadwick House has the half-timbered rough- cast walls the hipped and gabled marseilled-pattern tile roof arcaded chimney stacks and cantilevered gables.The swagged and ogee-arch slatted balustrading to its balconies and the overall picturesque disposition of elements have been borrowed from northern European 14th and 15th century domestic styles. These are exemplified in the white rough cast and black stained timbering (i.e. black and white houses) both internally and externally it may be seen as an early example of medieval revival style unique to Heidelberg.

James Chadwick owned this house after its construction and leased it to a civil servant Charles Stanesby until he himself became the occupier in 1907. A later occupier was Arthur V Walker.

Chadwick House is architecturally significant as an outstanding example of the work of eminent and influential architect Harold Desbrowe Annear. Annear was instrumental in introducing the open plan form into Australian domestic architecture and Chadwick House, along with 28-30 The Eyrie and 36-38 The Eyrie, is an early example of his work which demonstrates this Modernist doctrine. Through its incorporation of Modernist ideas and Medieval-inspired design principles, Chadwick House was influential in the developmentof the Art and Crafts movement in Australia and embodies the cultural dogma of domestic architecture in Australia through its utilisation of the open-plan form. Chadwick House is important as an intact and notable example of the work of Annear and as one of the prototype forms which remained peculiar to his work.