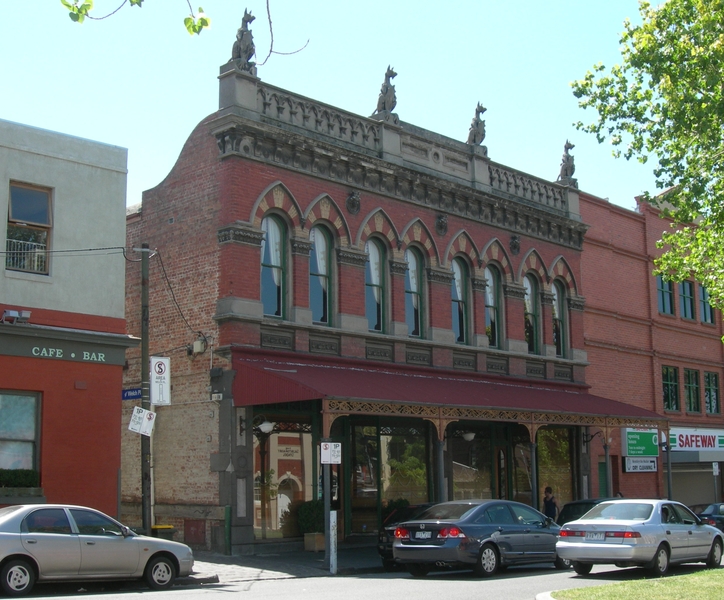 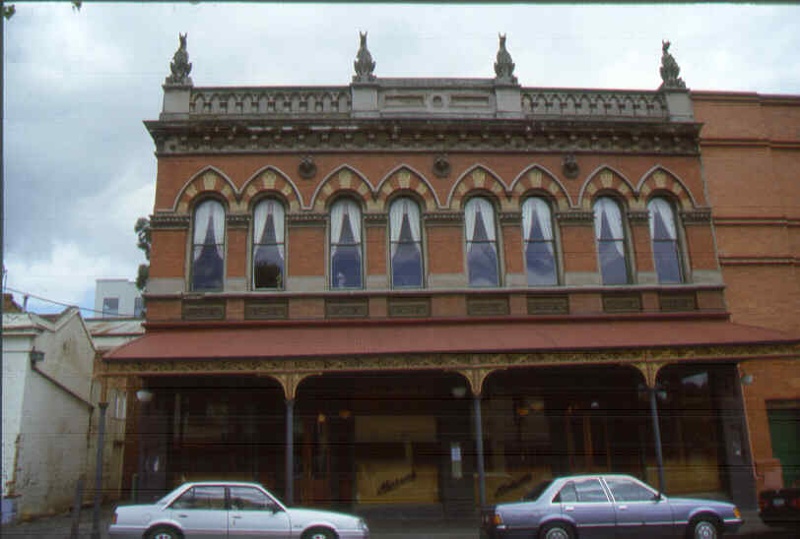 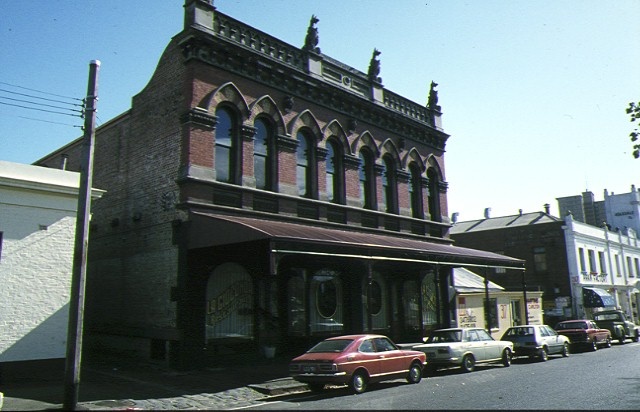 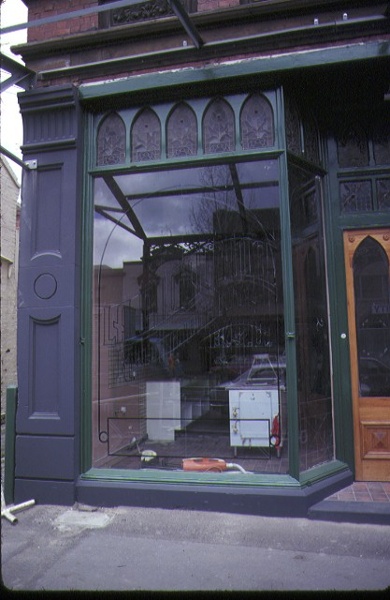 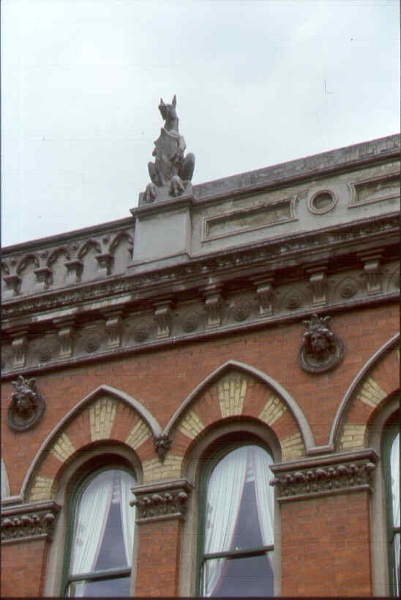 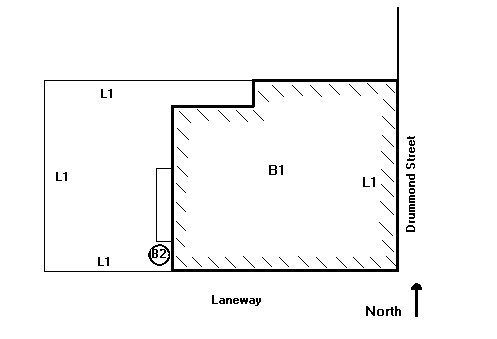 The building at 313-315 Drummond Street, Carlton was built in 1889 for Henry William Welch as a two storey commercial premises consisting of two shops with residences. The architects were Inskip and Robertson. The premises were immediately let to the recently formed Carlton Club under the presidency of J Gardiner, MLA for Carlton. The construction is brick with cement dressings on a basalt plinth. The main facade is symmetrical and dominated by a ground floor replica cast iron verandah and by the Gothic styling of the upper storey. Four pairs of round arched windows with polychromatic brick arches are divided by piers with a band of pressed cement decorative foliation at their base. The arches are framed by pointed arch drip moulds linked by gargoyle spouts. Beneath each window is a cement panel incorporating a decorative foliation pattern. Three cement roundels, each with a high-relief mask of a king?s head, sit in the spandrels between each pair of drip moulds. The cornice is bracketed. The parapet is divided by four piers, each with a grotesque on top. The identical and cleanly modelled grotesques are hybrids of a kangaroo and gryphon, each with three toes, a tail and carrying a shield. The central section of the parapet is slightly raised with plain pilaster decoration. The flanking sections of the parapet have a repeating trefoil motif. Despite being linked internally, the ground floor facade can be read as two shop fronts divided by pilasters. The two large panes of glass to each of the fronts are divided by a recessed doorway. Iron supports around each entrance are evidence of a previous shutter system. Above the main glazing is a frieze of pointed arches with leaded glass. At the rear is a Johns & Co cast iron spiral fire escape staircase of unknown date.

The building at 313-315 Drummond Street, Carlton is of architectural and historical significance to the State of Victoria.

The building at 313-315 Drummond Street, Carlton is architecturally significant for its highly unusual grotesque Gothic facade. Contributing to this effect are the cornice and the parapet incorporating Gothic motifs, the chimera, the roundels incorporating high-relief masks and the original shopfront with a frieze of leaded glass Gothic windows over the main panes and matching Gothic style doors. The styling of the facade is reminiscent of the horizontal Gothic of Venice and deliberately alludes to the commercial prestige of that city. The kangaroo-gryphon grotesques on the parapet are highly unusual and distinctive. The proto-nationalist symbol, the kangaroo, has been medievalised. The grotesques anticipate a later general patriotic preference for the use of native animals as roofline decoration.