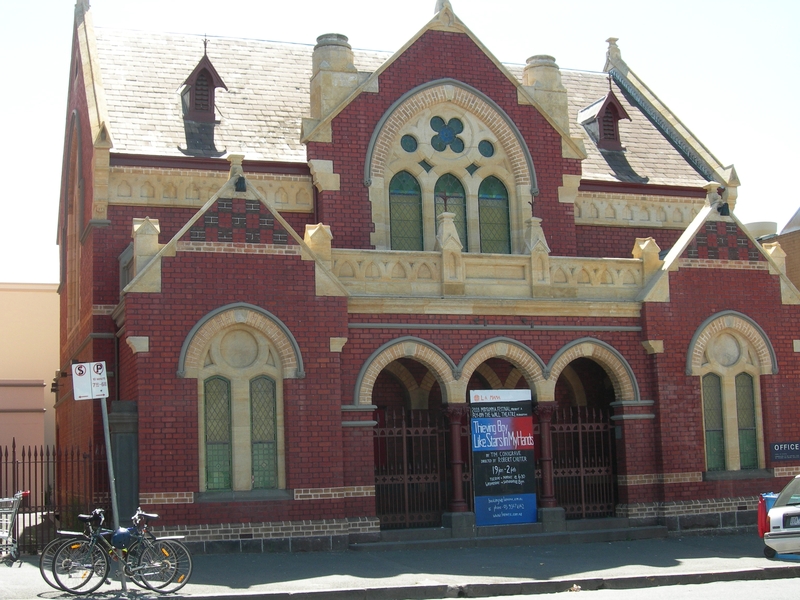 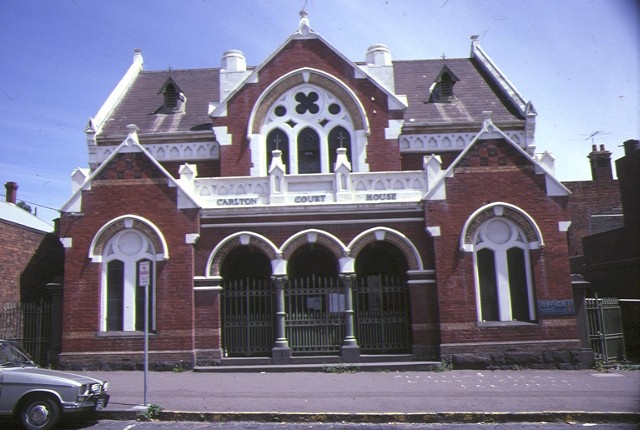 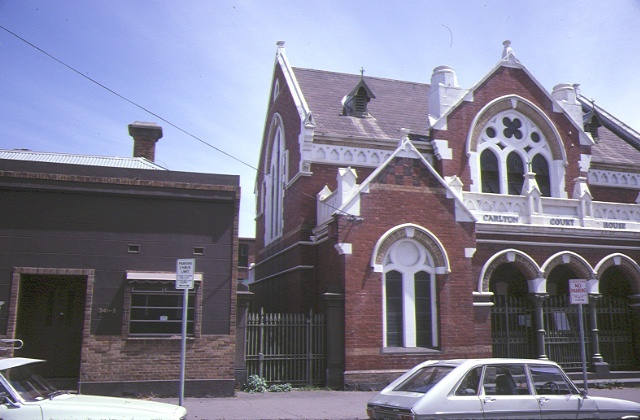 The Carlton Courthouse was constructed by John Short in 1887 to the design of Public Works Department architect GBH Austin. The building is a single-storeyed Gothic style structure composed in a symmetrical but picturesque form. Red face brick walls sit on a basalt plinth. Dressings are cream face brick, stone or stucco. The bulk of the building comprising the court room sits beneath a parapeted gable slate roof running parallel to the street. Large tracery pointed-arch windows light these gable ends. Two louvred gablets puncture the roof. The cornice incorporates a trefoil motif. A transverse parapeted gable with tracery window and flanking chimneys dominates the centre of the composition. A lower block sits in front of the main body of the building, comprising two chequerboard polychromatic gabled end porches linked by a three bay arcade with balustraded parapet.

The Carlton Court House is of architectural and historical significance to the State of Victoria.

The Carlton Court House is architecturally significant as a highly unusual Gothic style design by the Public Works Department. The Gothic style was not generally favoured by the Department during the 1880s and 1890s. The composition of intersecting transverse gables presents a strikingly bold facade to the street.

The Carlton Court House is historically significant as part of the civic core of Drummond Street. It is directly opposite the 1878 Carlton Police Station. The Court House was illustrative of the rise in the commercial and social status of the area in the 1880s. The Police Station and Court House are also reminders that the 19th century city was far from being an idyllic, trouble-free place, and that the expansion of settlement everywhere was accompanied by the expansion of the institutions of law and order.