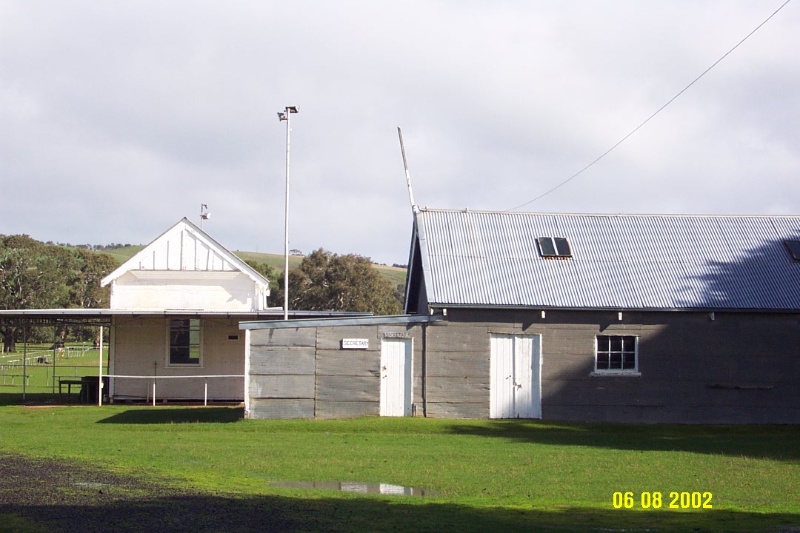 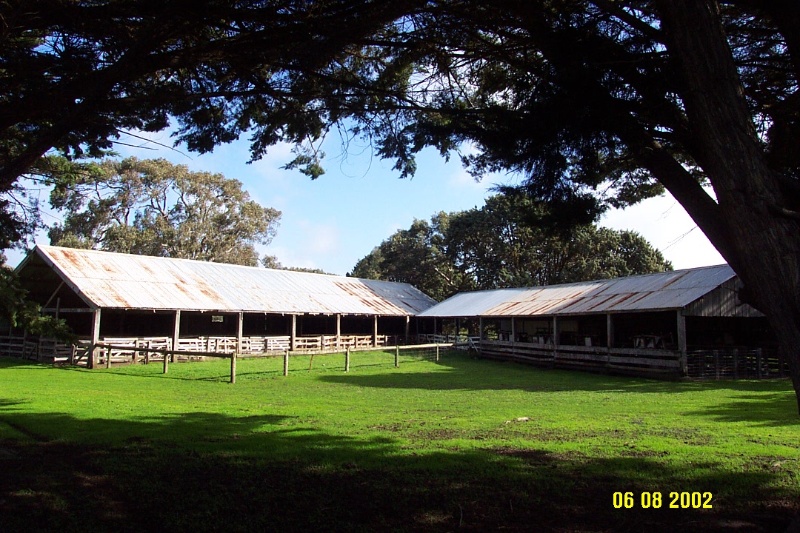 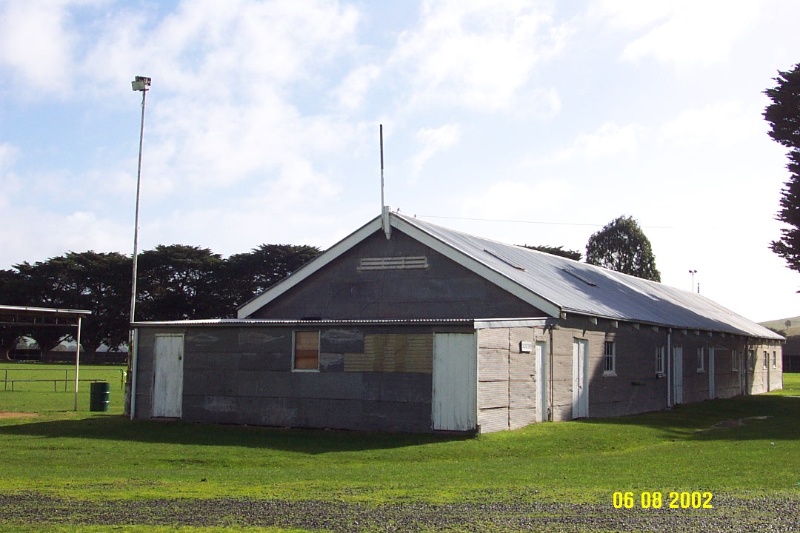 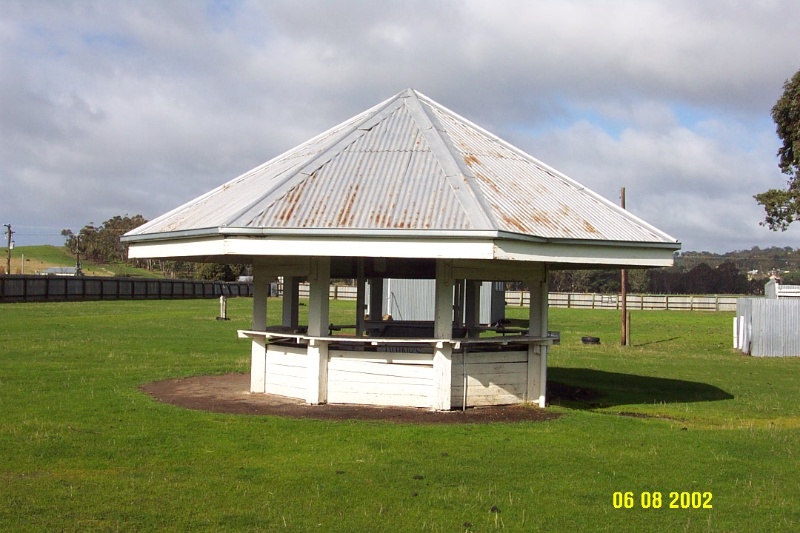 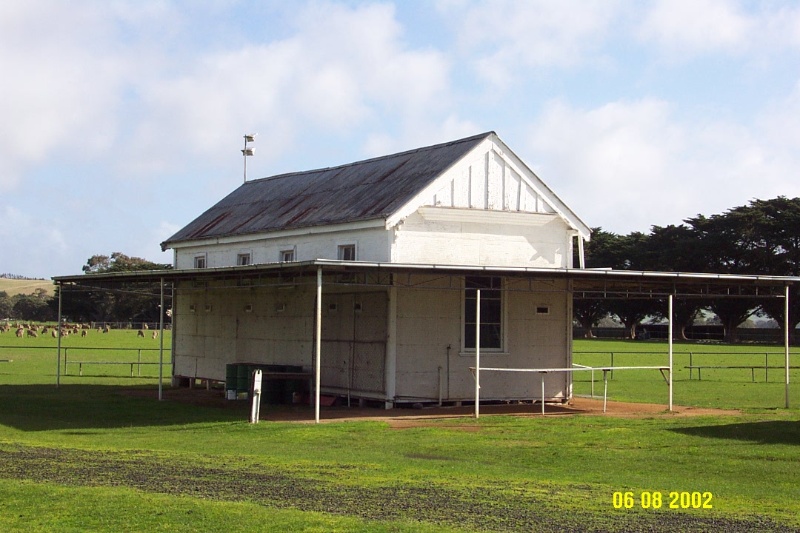 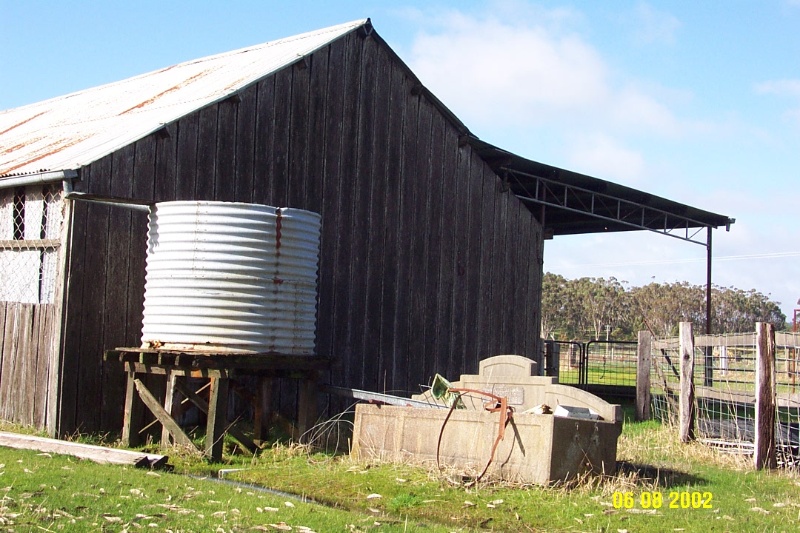 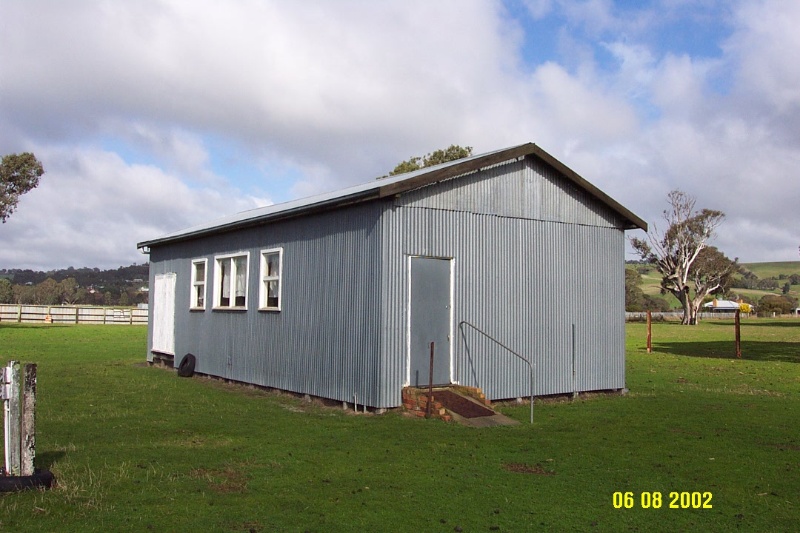 The Coleraine Showground is situated approximately 1.75 kilometers north west of the township of Coleraine, located on the Glenelg Highway. The land on which the Showground Reserve stands was originally part of the Koroite Pre-emptive right, owned by several important pastoralists. The Showgrounds extend south towards Bryant's Creek for approximately 1.5 kilometers. The site is bounded by Cameron Street to the east, the north south and west boundaries are defined by a fence of corrugated iron. Within the showground there are a number of structures which relate specifically to the annual Pastoral and Agricultural Society show. These include a large oval showing ring in the centre of the site, a sheep/pig display shed, a poultry shed, cattle/horse stalls, a kiosk, luncheon hall, display hall, office and various other small buildings. The buildings were constructed in the early part of the twentieth century by members of the local Pastoral and Agricultural Society, from corrugated iron and local timbers.

The Coleraine showgrounds is of historical and social significance to the township of Coleraine and the Southern Grampians Shire.

The Coleraine Showgrounds are of historical significance to the township of Coleraine for its early history as part of the Koroite Pre-emptive right, owned by a number of important local pastoralists, including the Whyte Brothers, C. J Whyte, Stephen George Henty and William Swan. They are also significant for their social associations with the Pastoral and Agricultural society. Pastoral and Agricultural Shows have always been a very important social focus for country people. The Coleraine Show has had a long standing association and recognition throughout the Shire since the 1850s as an important local institution, where local people were able to gain recognition for their produce and skills, where new products were exhibited, and as an important local event on the social calendar. The showgrounds provide an important community meeting place, serving as the venue or clubrooms for a variety of community groups and the local people. The success and popularity of the Coleraine Show demonstrates the continuing strong pastoral and agricultural focus of the local community, and the importance placed on this.