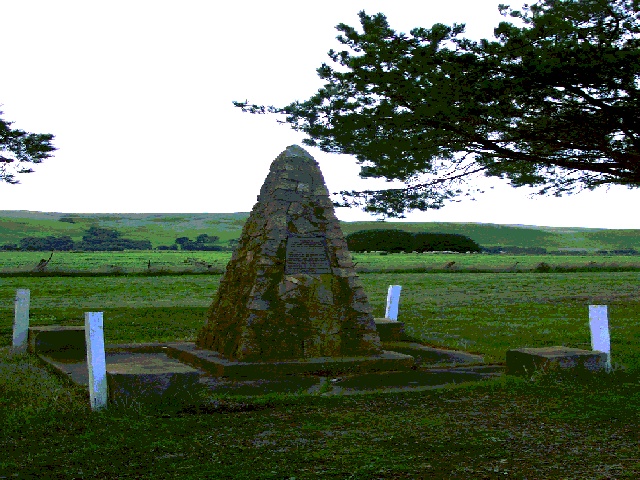 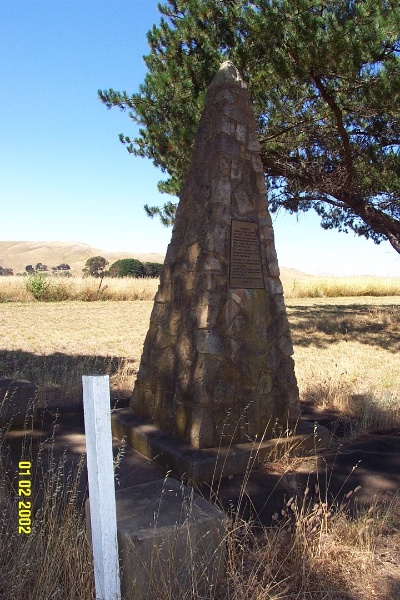 The memorial to Adam Lindsay Gordon on the north side of the Glenelg Highway some two kilometres from the centre of Coleraine takes the form of a simple stone cairn. It is 3.3 metres high and 1.1 metres square at the base. A bronze plaque celebrates Gordon's reputation as a poet and a horseman and his connection with the famous Great Western Steeplechase, which crossed the Glenelg Highway in this location. The memorial was erected in 1950, and is clearly visible to vehicular traffic entering and exiting Coleraine. The designer of the monument is not known. It is in good condition and retains a very high degree of integrity.

The memorial is of historical significance to the community of Coleraine and the Southern Grampians Shire.

The memorial is of historical significance as a monument to the important colonial figure, Adam Lindsay Gordon, one of Australia's most famous poets and horsemen. It has further significance as a marker of the course of the annual Great Western Steeplechase, an important colonial horse race. The memorial also has social historical significance as a reminder of the enthusiasm for racing among the affluent members of the growing township of Coleraine. Its prominent location is important as it represents the community's respect and affiliation with the famous poet and horseman Adam Lindsay Gordon; and the popularity of memorialising local heros in the mid twentieth century.