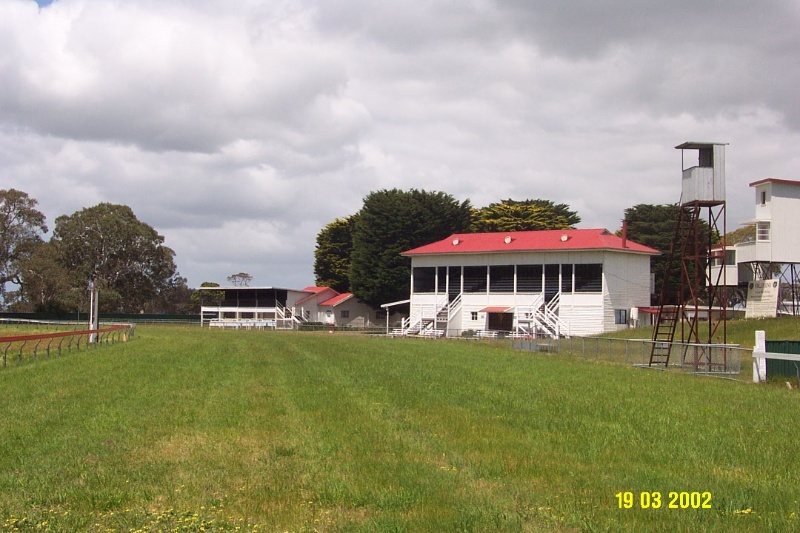 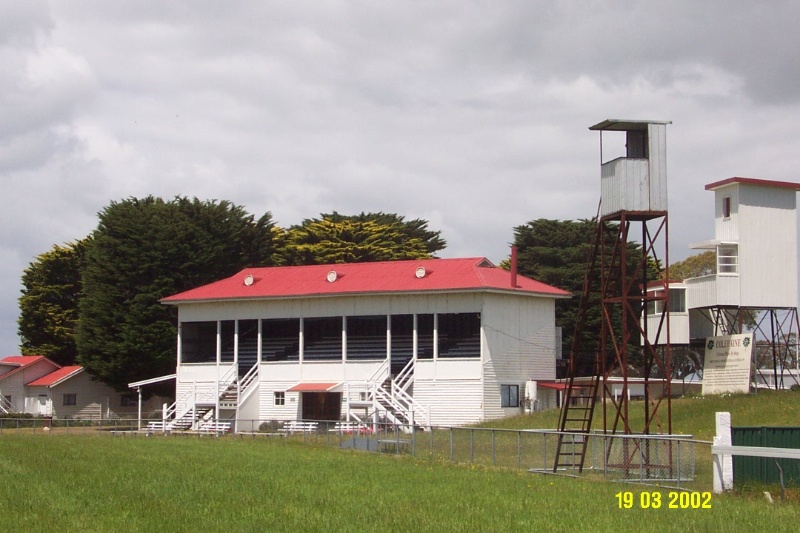 The Coleraine Racecourse, located 3kms east of the town, is a complex of buildings and tracks which have been built to serve the racing industry in the district for over 100 years. The buildings are essentially utilitarian, constructed using inexpensive materials and building techniques. The complex consists of the grandstand, stables, committee room, bar and dining room, photo finish box, judges box, and horse stalls and training facilities. The course and fencing around the track are also significant. The two storey grandstand, built in 1902 in timber and corrugated iron, is the oldest surviving building on the site, and replaced an earlier single storey grandstand. It has been substantially altered in the latter half of the 20th century. The land for the racecourse was reserved in 1862 following an appeal from the local community, as a result of the immense popularity of racing in the area, particularly the famous Great Western Steeplechase.

The Coleraine Racecourse is of historical significance to the community of Coleraine and the Southern Grampians Shire.