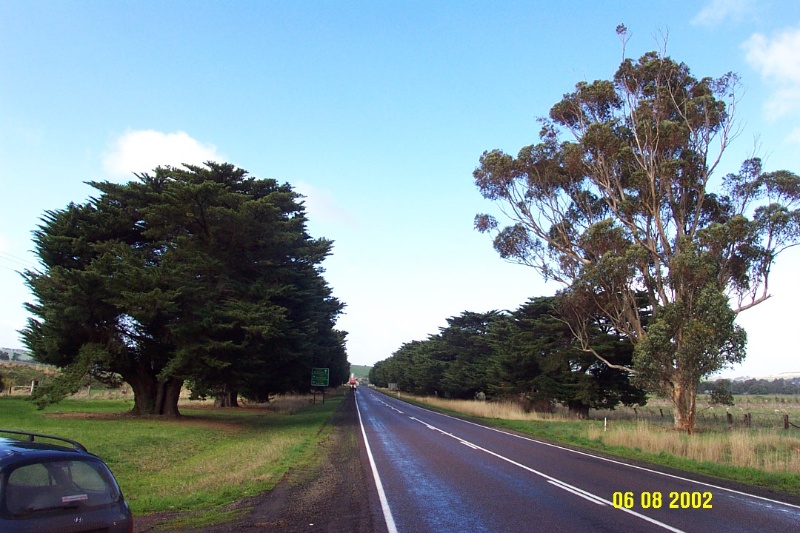 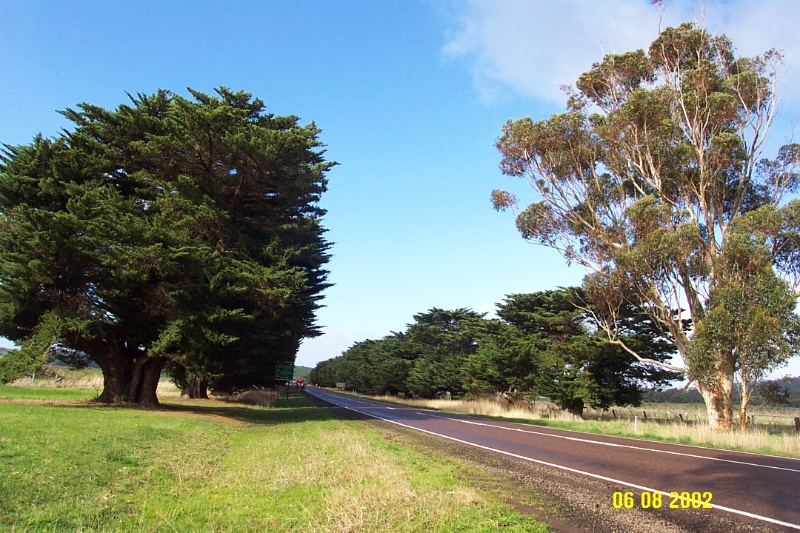 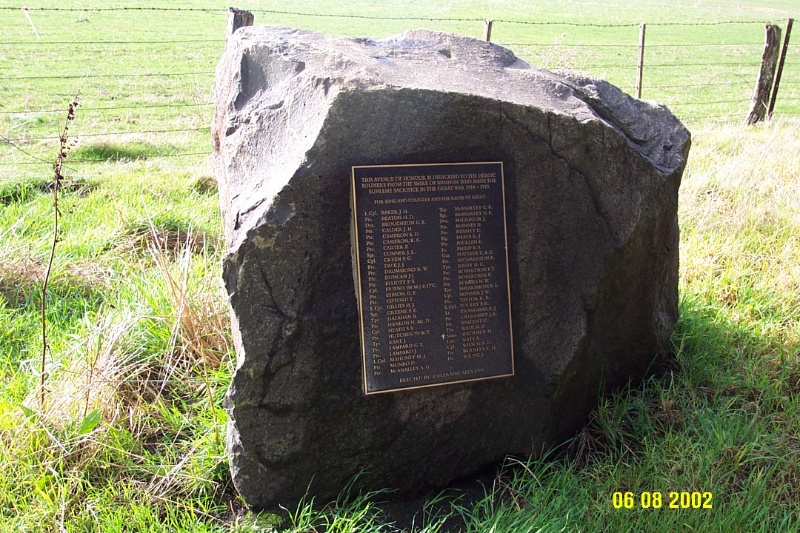 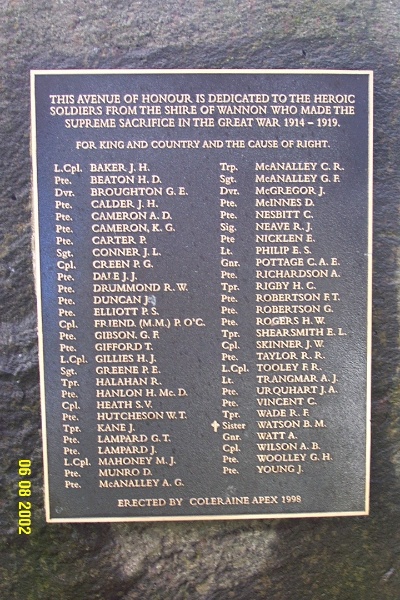 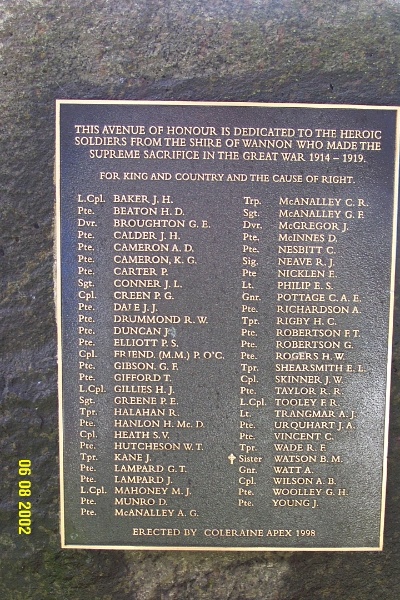 What is significant?
The Coleraine Avenue of Honour is located 2 kilometres west of the township of Coleraine on the Glenelg Highway. There are two sections of planting, one dedicated to those who died in active service, and the other to those who served and returned. The avenue was planted after 1919 by the Coleraine branch of the Returned Services League as a living memorial to those who served in World War One between 1914 - 1918. The planting closest to the township is dedicated to those who died in the First World War, and consists of closely planted mature Cupressus macrocarpa 'Horizontalis' extending west for 1 kilometre on both sides of the Glenelg Highway. The second planting is an Avenue of Eucalyptus cephalocarpa extending west beyond the Cupressus. The avenue is dedicated to those who served and survived the war. There are no individual memorial plaques on trees, but there is a large ironstone boulder with a bronze plaque located in a lay-by in the middle of the avenue on the north side. The Cupressus macrocarpa are in good condition and retain a high degree of integrity. The Eucalyptus cephalocarpa are in poor condition and much of the integrity of this planting has been compromised through removal of trees.

How is it Significant?
The Coleraine Avenue of Honour is historically, socially and aesthetic significance to the township of Coleraine and the Southern Grampians Shire.

Why is it Significant?
The Coleraine Avenue of Honour is historically significant for its commemorative association with servicemen and women who died in the First World War. Planted after 1919 as a memorial to those who died and served between 1914 -1918, the avenue provides an important historical focus for the township of Coleraine. The use of Cupressus macrocarpa 'Horizontalis' as the planting is not unusual for a memorial avenue, but the use of an Eucalyptus cephalocarpa, an Australian native is uncommon. The use of native species is historically significant when contrasted to the almost always European species used for Avenues of Honour or memorial plantings. The Avenue is socially important for its relationship with the community as a living memorial. The Avenue is of aesthetic significance as it dominates and contrasts with the surrounding landscape. It provides a dark formal focus along the Glenelg Highway, an extension the main street thorough the township of Coleraine. The Avenue was planted as a living memorial and is recognised by the Returned Services League and the community for its continuing commemorative importance.