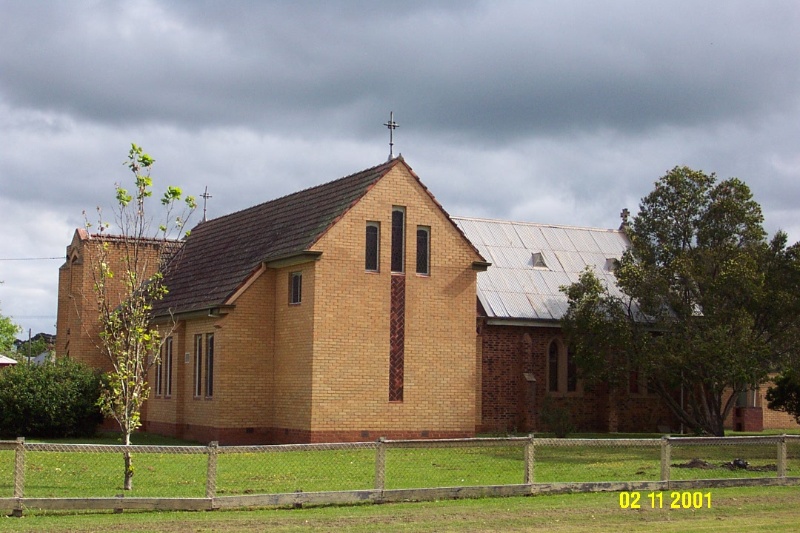 What is significant?
The Anglican Church Sunday School and Hall is located on the corner of Henty and Church Streets Coleraine, some five blocks north of the centre of the township. The Sunday School was originally two separate parts, a rendered rubble section, built in 1853 and a substantial addition designed by a local Architect, Mr. Farrell dating from 1873. The surviving Sunday School is constructed of rough hewn variegated sandstone, with a gabled corrugated iron roof and decorative barge boards. The adjacent Church Hall is constructed of timber and was built in 1933. The Sunday School has lost the earlier 1853 part of the building, as it was demolished in 2002, but the 1873 stone addition and the timber Church Hall survive in good condition with a good degree of integrity.


How is it significant?
The former National School Coleraine is of historical, social and architectural significance to the community of Coleraine and to the Southern Grampians Shire.


Why is it significant?
The 1873 sandstone structure is the surviving remnant of an earlier composite building, the demolished elements of which date from the earliest phase of Coleraine's development. It is important for its association with the establishment of the Anglican church in the area, and for its long association with both religious and secular education in Coleraine. It is of architectural significance as an excellent example of mid nineteeth century gothic architecture, using local materials.
Show more
Show less
All information on this page is maintained by Southern Grampians Shire. Click below for their website and contact details.