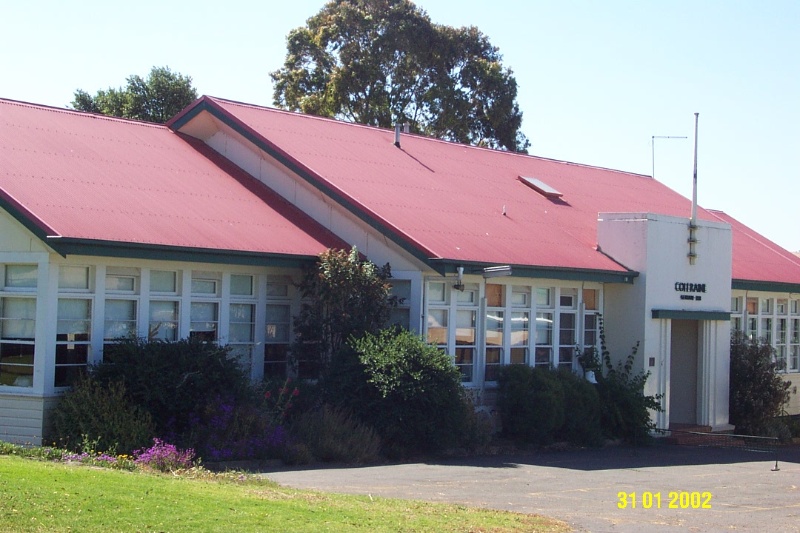 What is significant?
The Coleraine Primary School (State School No. 2118) is a collection of buildings situated on a large site with frontages to both Church and McConochie Streets. The school is the second site and the second school building, the original 1878 brick building was condemned as unsafe and destroyed in 1937. The new school designed by the chief Architect of the Public Works Department, P.E. Everett. The school building was completed in 1940 and is constructed of shiplap weatherboards with a corrugated iron roof, large multipaned windows, and a brick entrance porch surmounted by a flagpole. The school was extended in the 1960s, with a wing of additional classrooms erected on the south side. A freestanding library was constructed in the 1975 opposite the main entrance. To the north of the main building stands a ten sided enclosed rotunda-style shelter shed transported and re-erected in the 1960s from the earlier Coleraine Primary School site in Henty Street. A number of significant items are displayed in the entrance, and school bell from the 1878 school in Henty Street stands beside the front porch. Numerous plaques and commemorative items, including Rolls of Honour brought from the earlier school site are fixed to the walls in the entrance porch and foyer areas.

How is it significant?
The Coleraine Primary School (State School No. 2118) is of historic, cultural and architectural significance to the township of Coleraine and the Southern Grampians Shire.