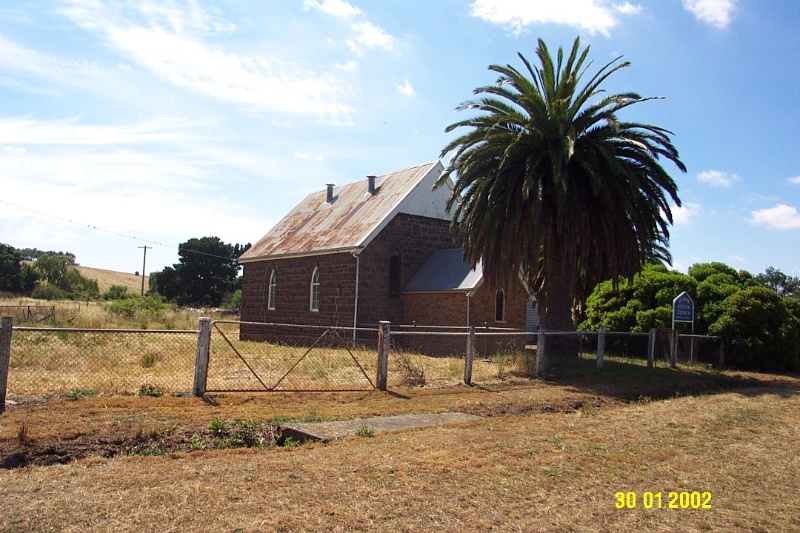 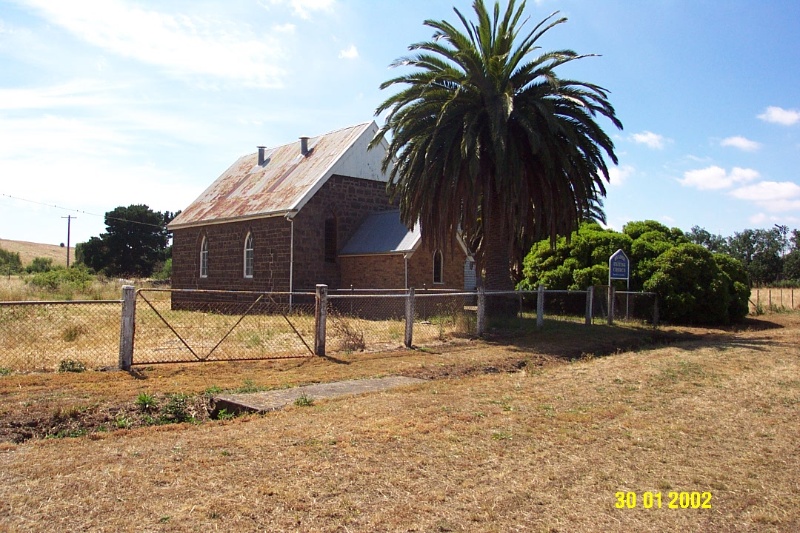 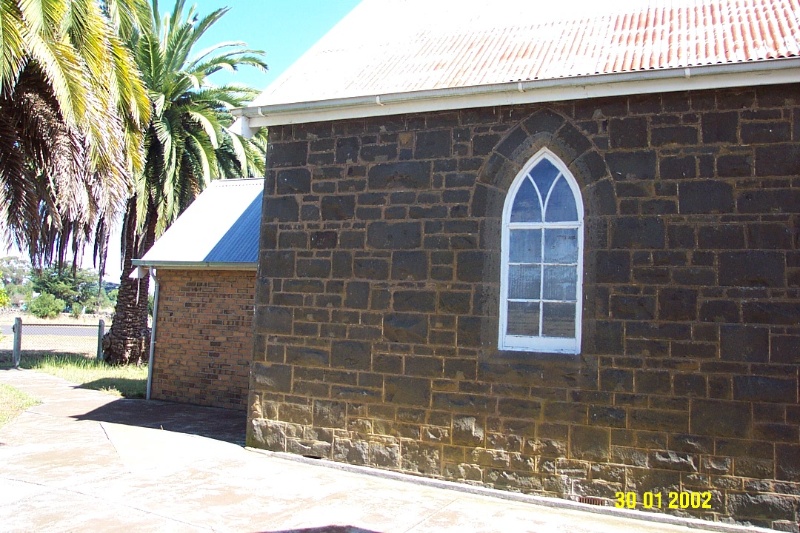 What is significant?
The 1864 Uniting Church is constructed of bluestone with timber framed windows, and a corrugated iron roof. The interior of the church is austere, with no decoration. The Sunday School, erected in 1899, is built of timber, with a brick chimney, and contains a number of decorative Federation era leadlight windows. The Church was erected on land donated by Mr. William Holcombe, and the first services were conducted by the Rev J B Smith who travelled from Hamilton. No architect or builder has been associated with the design of the church or the Sunday school. The church and the Sunday school are in excellent condition and retain a high degree of integrity.

How is it significant?
The Byaduk Uniting Church and Sunday School is of architectural and historical and social significance to the township of Byaduk.

Why is it significant?
The Byaduk Uniting Church and Sunday School are of historical and social significance for the association they have with the establishment of the Wesleyan and later Uniting church in the area, and for its long association with both religious and secular education in Byaduk. It is of further historical significance for its associations with the important early Wesleyan Leader, John Smith. Of further social significance is the function which the church has served as a communal worship and meeting place for over 100 years. The Church, in particular, is of architectural significance for its used of Gothic revival style in a Wesleyan church. The use of this style indicates a rejection of the first Methodists' anti-Papist preference for simple Classical chapels. The Gothic revival became an overwhelming fashion which few Protestant denomination could resist, illustrating an important part of the history of church architecture in Australia.
Show more
Show less
All information on this page is maintained by Southern Grampians Shire. Click below for their website and contact details.