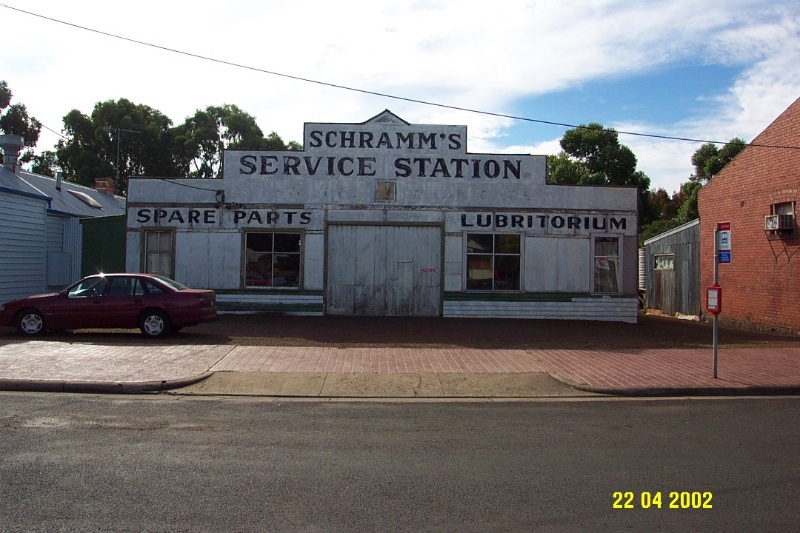 What is significant?
Schramm's Service Station is a large timber framed building in the Interwar Moderne style. The facade includes a stepped parapet with distinctive traditional lettering, a central front door and large almost symmetrically arranged windows. The location, on a main road, and next door to a hotel suggests that the site has been used for some form of transport for some time. The Schramm family established the service station during the Interwar years. The surviving livery of the building suggests that it was a Caltex service station. There has been no architect or builder identified as being associated with the buildings. The service station is in good condition and retains an excellent degree of integrity.

How is it significant?
Schramm's Service Station is of historical and architectural significance to the southern Grampians Shire and to the township of Penshurst.

Why is it significant?
Schramm's Service Station is of historical significance as a long term use of the site by the same business and family for the same purpose for over sixty years. Of further historical significance is the location of the service station, on a main route through the town, which suggests that the advent of motor cars through the district was during the Interwar period was the catalyst for the development of a new commercial enterprise. Schramms Service Station is a rare surviving example of the Moderne Interwar period of architecture. The service station is of further architectural significance as a well known icon which makes an important contribution to the the streetscape in the centre of Penshurst.