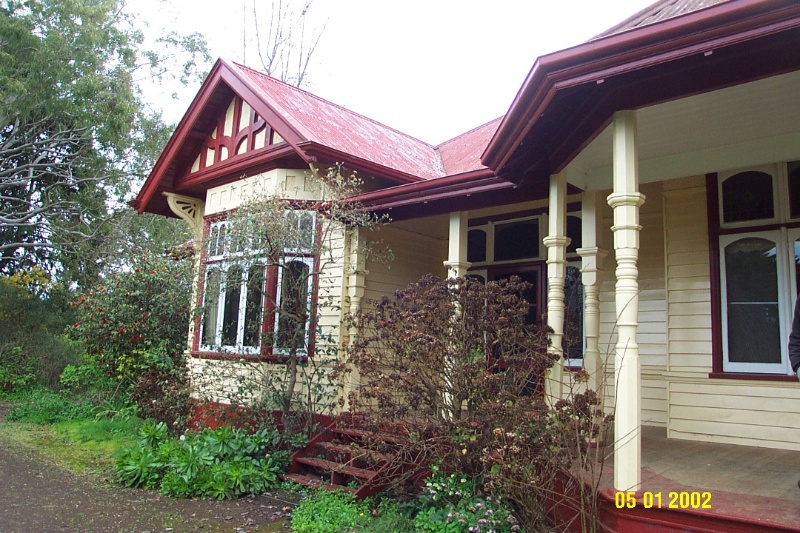 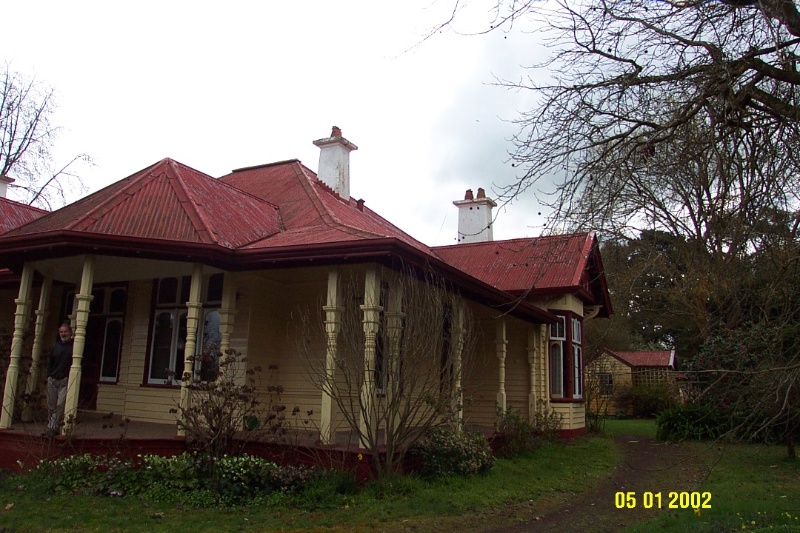 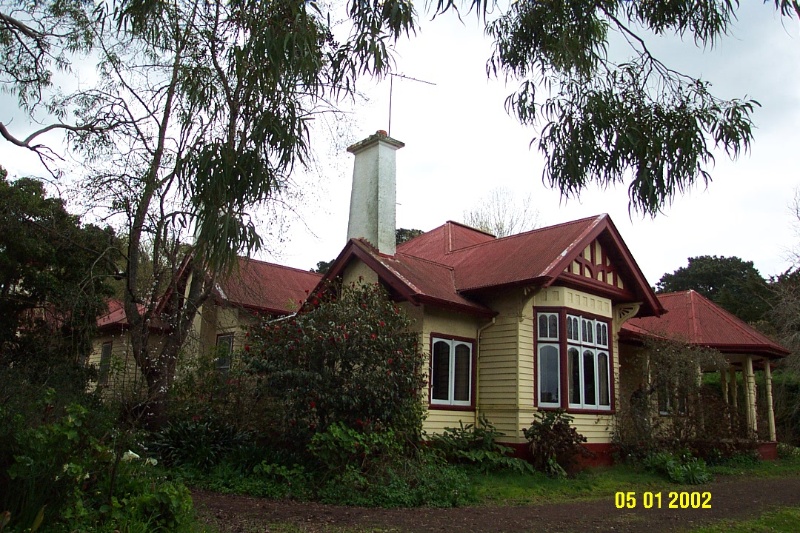 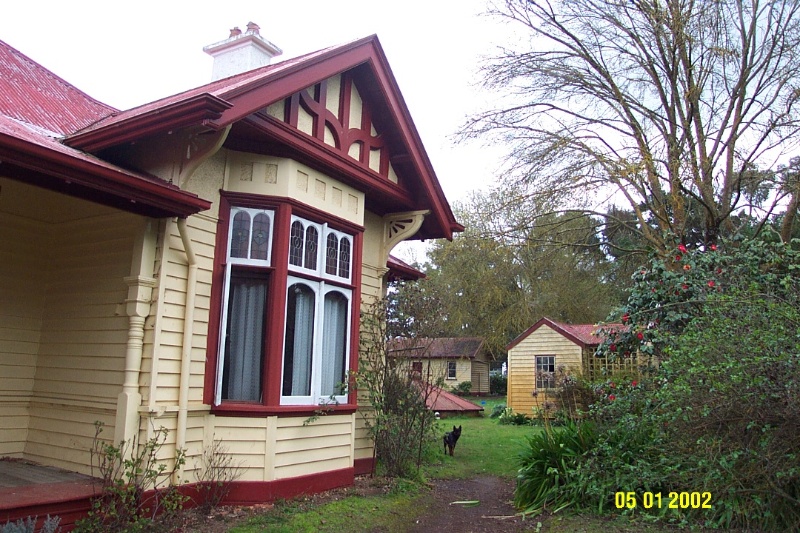 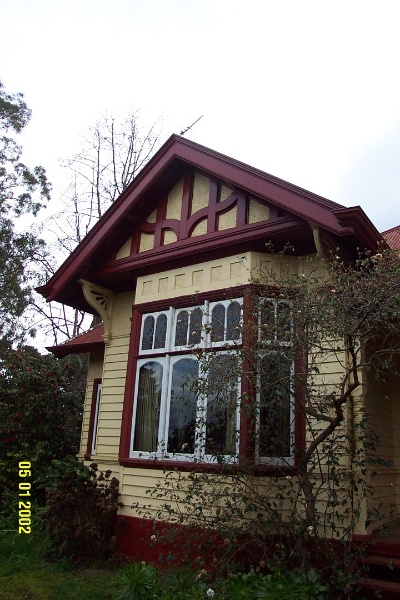 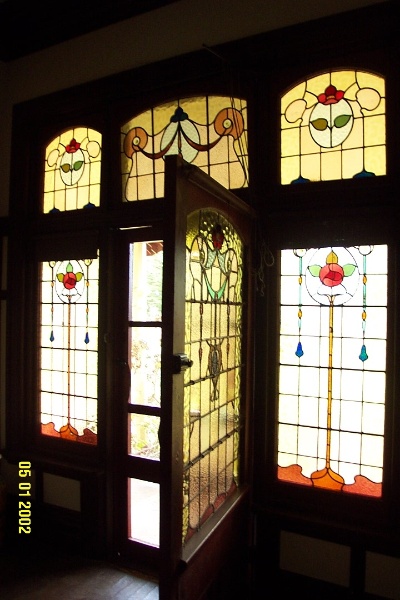 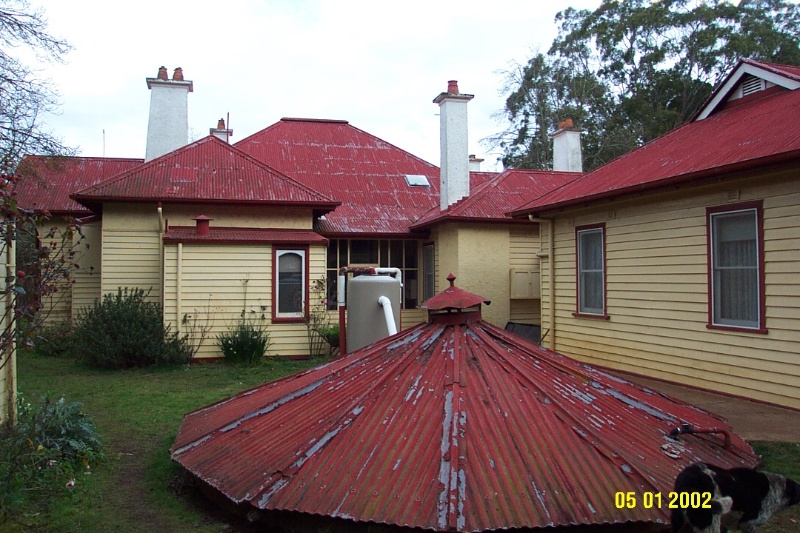 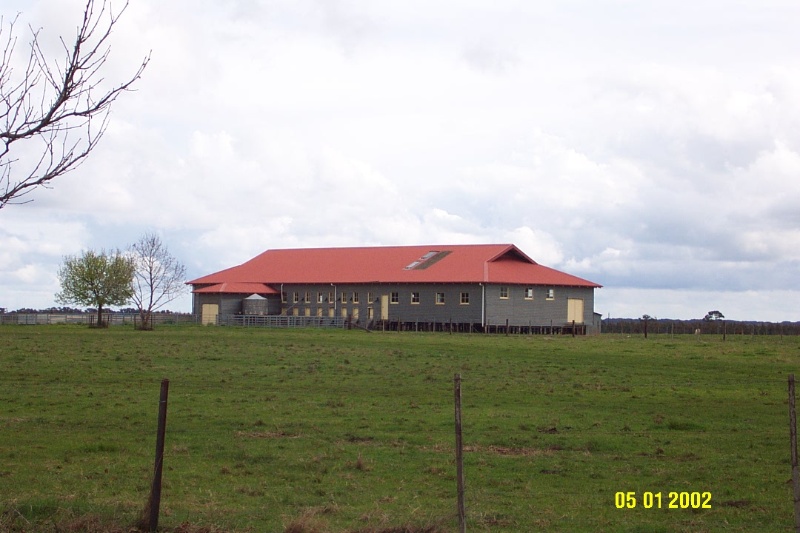 What is significant?
Sleat Bank complex is located on the south side of the Murndal Road, near Yulecart. The land was purchased by the McGilvray family flowing Closer Settlement subdivision in the late nineteenth century. It passed to Neil McGilvray and was then sold out of the family in 1890. One of the next owners was Alexander Thompson of Pierrepoint and he probably built the house. It is a single storey timber building clad with weatherboard, and in the Federation/Domestic Queen Anne style typical of the Edwardian Period. No architect has yet been linked with the design but its sophistication and the quality of the building work strongly suggests an architect was involved. The front door and its surround are a particularly fine example of leadlighting. One of the more distinctive features of the house is the tapered chimneys, which divide the windows on the side elevations. Most of the fashionable interior detailing and joinery survives, including Art Nouveau carved mantels and panelling. Several early carpets also survive. The service areas have been altered and modernised. The house is in good condition. A mature garden surrounds the house, planted out with a variety of conifers, and a fine Lemon Scented Gum (Eucalyptus citriodora). There are extensive outbuildings at the rear, and beyond the main rear yard, the original stables. The woolshed and men's quarters stand isolated in a nearby paddock. The whole of the complex is in good condition and retains a high degree of integrity.

How is it significant?
Sleat Bank is of historical and architectural significance to the community of Yulecart and the Southern
Grampians Shire.

Why is it significant?
The Sleat Bank Homestead complex is of historical significance as a representation of pastoralism at the turn of the twentieth century after Closer Settlement. It is of architectural significance as a particularly complete example of a homestead complex including a substantial house with many intact interiors and some architectural pretension overall. The house is supported by a fine period garden and by the yard and suite of substantial outbuildings to the rear.
Show more
Show less
All information on this page is maintained by Southern Grampians Shire. Click below for their website and contact details.