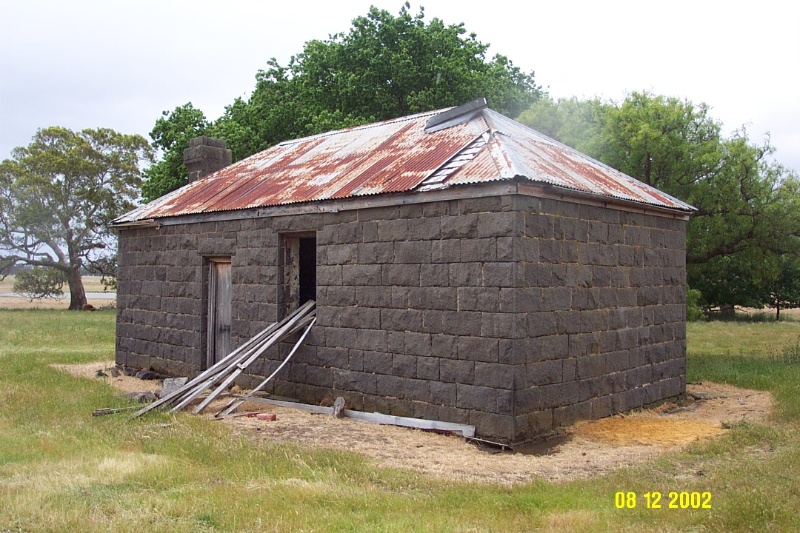 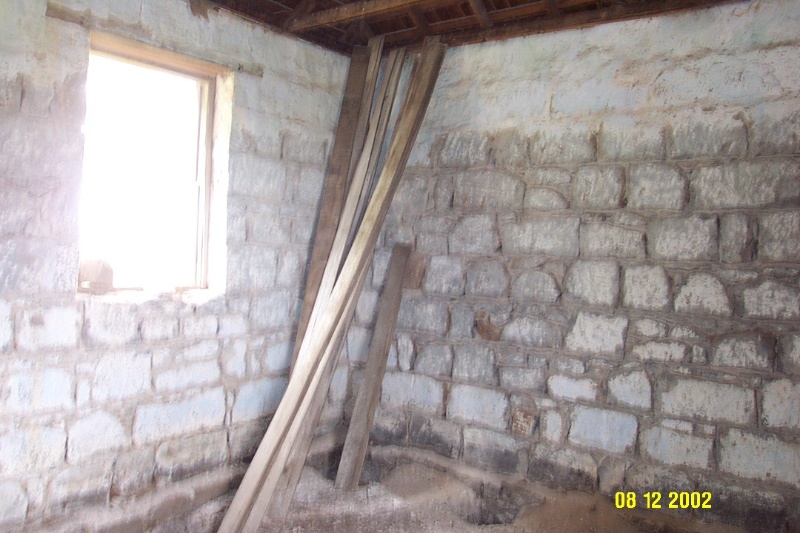 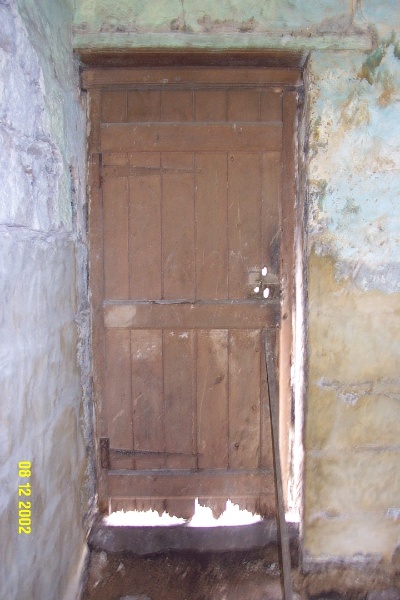 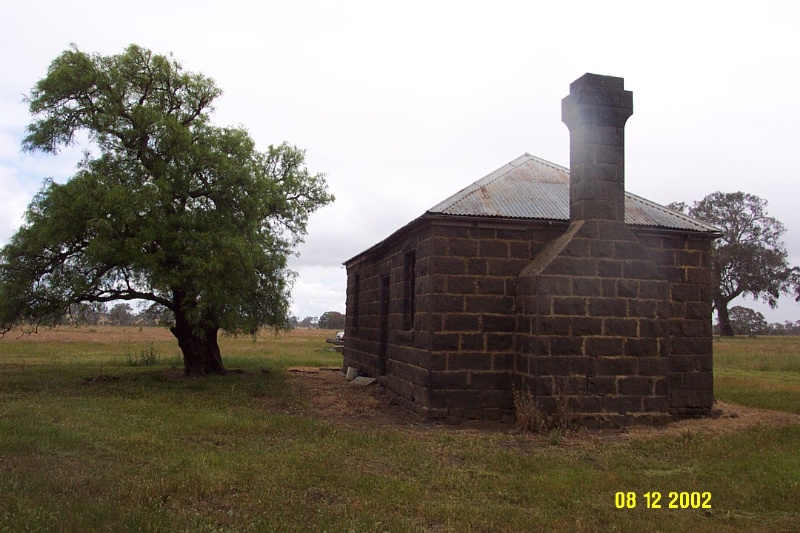 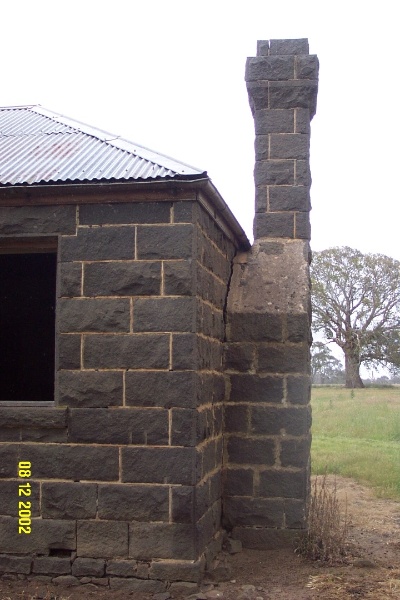 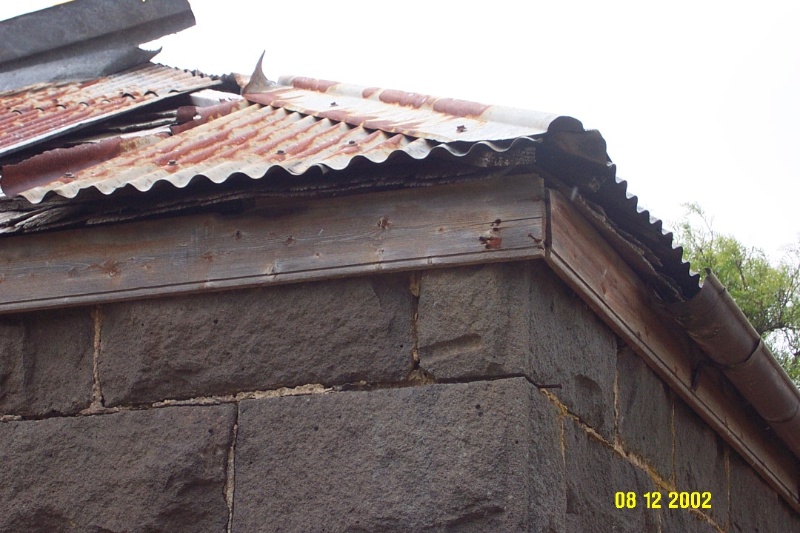 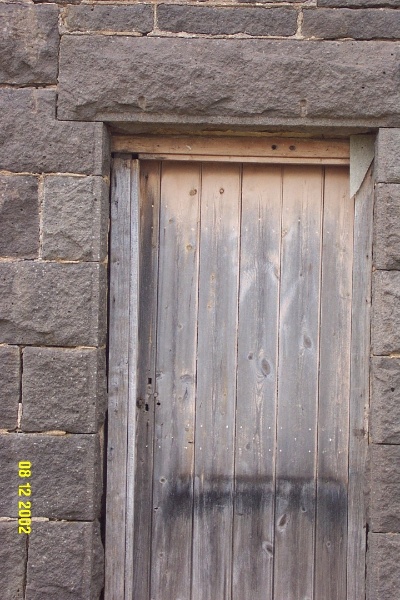 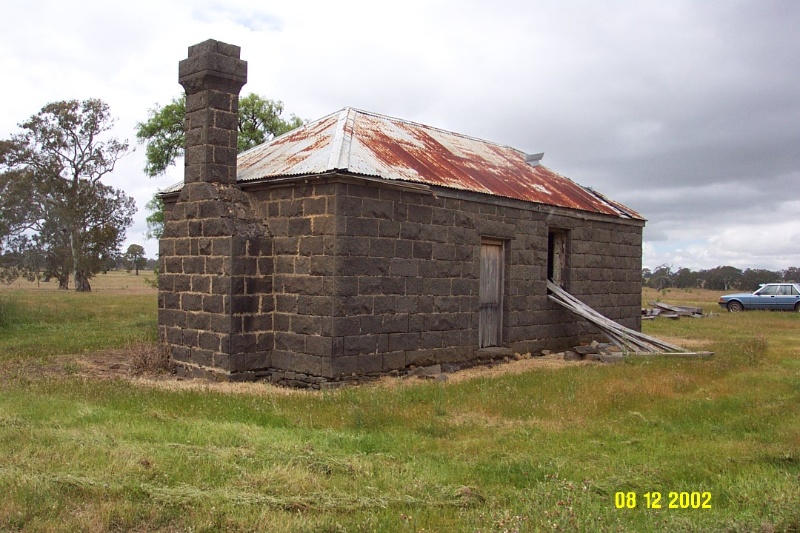 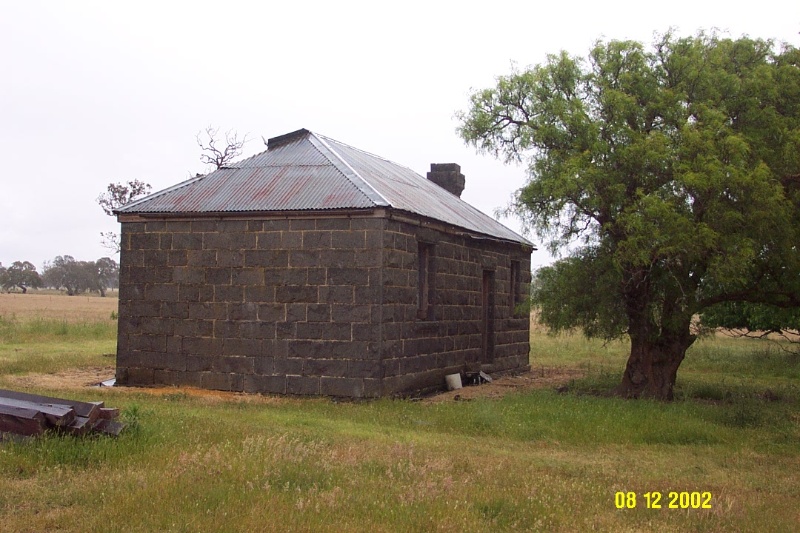 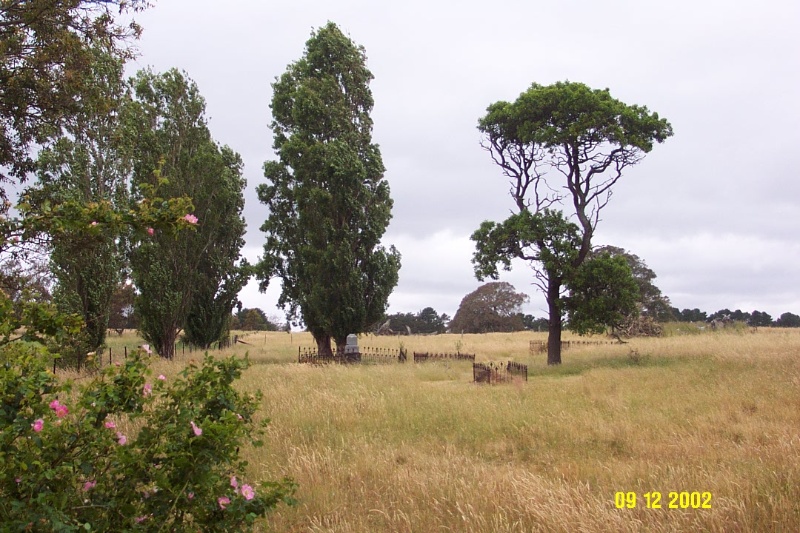 What is significant?
The abandoned hut, one of at least two formerly associated with the Devon Park squatting run, is located in the southern end of an unmade road off Old Cemetery Road, Dunkeld and about 1.3kms from Bellicourt. The date of its construction is not known nor is its purpose. The hut may have been built originally for a shepherd or a rabbiter or both. alternatively it may have been built by a selector. The Adzar Parish Plan suggests that the hut was positioned on land purchased by W H Brown in 1862 and at the confluence of several minor creeks. It is about 8.0kms north-north-east of Devon Park Homestead. The bluestone construction of the hut is basic and its style is vernacular, having two rooms and a chimney. The larger room was formerly subdivided by a timber wall. There were other structures and works, now lost, associated with it. The hut has been altered by recent renovations and is in a near ruinous condition without floors, ceilings or windows.

How is it significant?
The shepherd's hut, formerly associated with the Devon Park squatting run, is of historical and architectural significance to the communities of Dunkeld and Penshurst and to the Shire of Southern Grampians.

Why is it significant?
The shepherd's hut is of historical significance because it demonstrates a unique way of life which related to a particular stage of the development of the pastoral industry, when shepherds tended sheep in isolation at remote outstations on vast squatting runs. It is also significance for its later occupation by the Gordon family in the twentieth century.

The shepherd's hut is of architectural significance for its humble construction and vernacular style and as a comparison with the grander homestead.