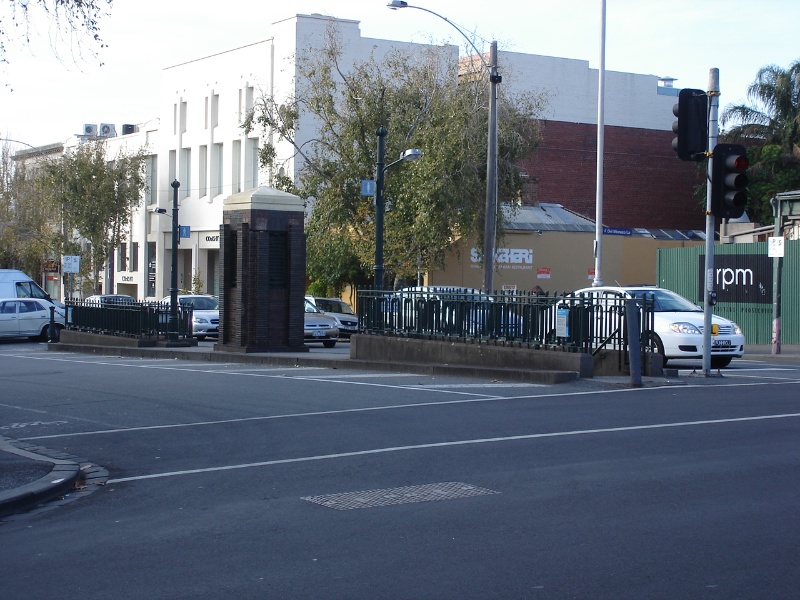 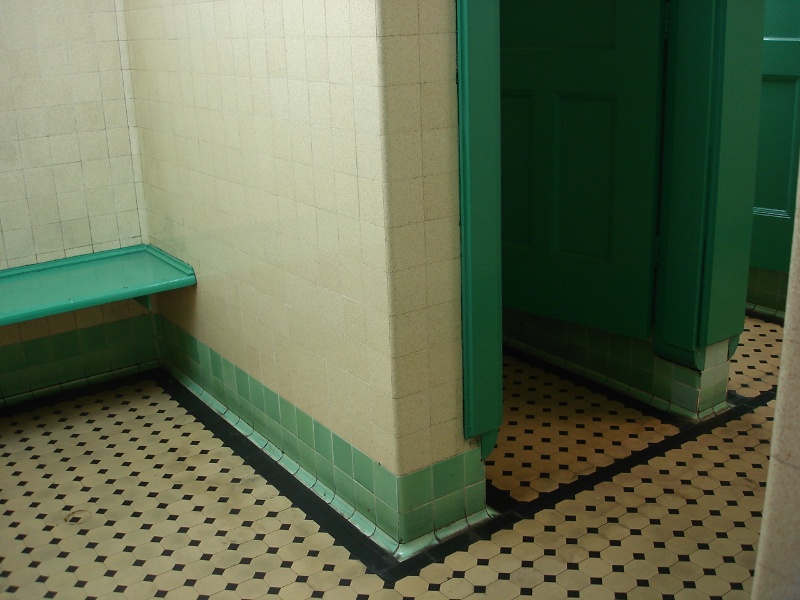 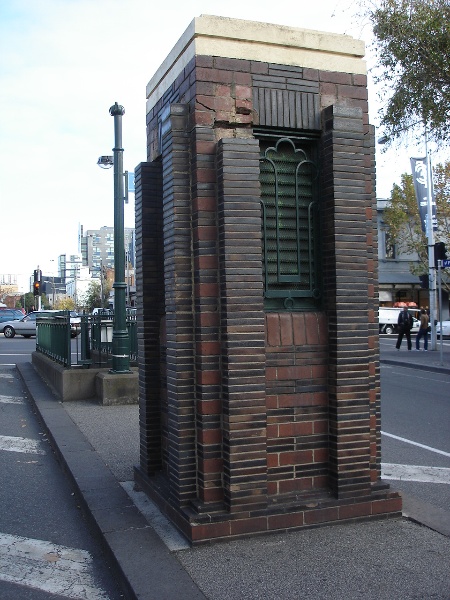 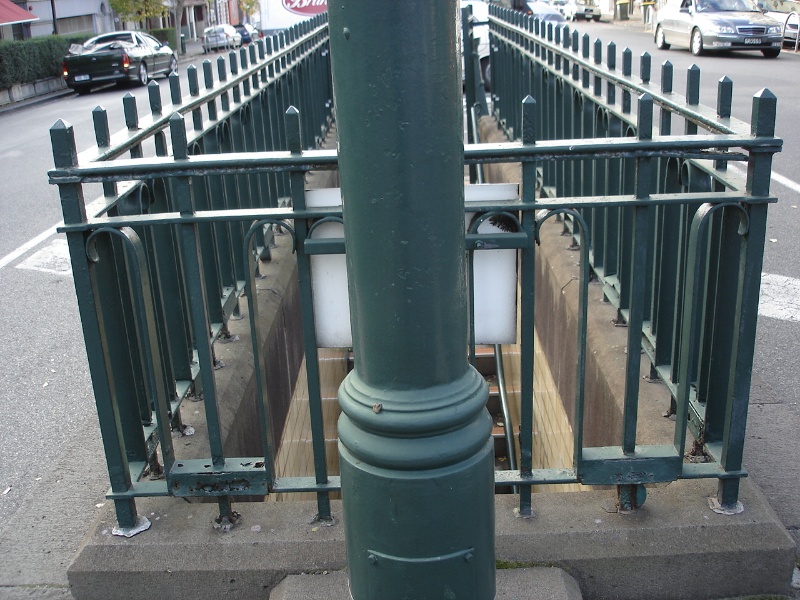 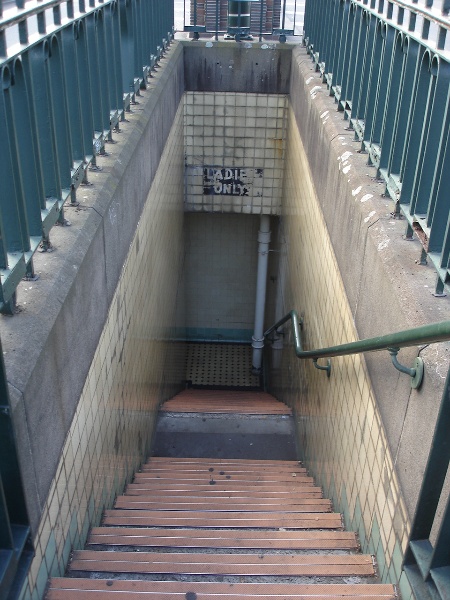 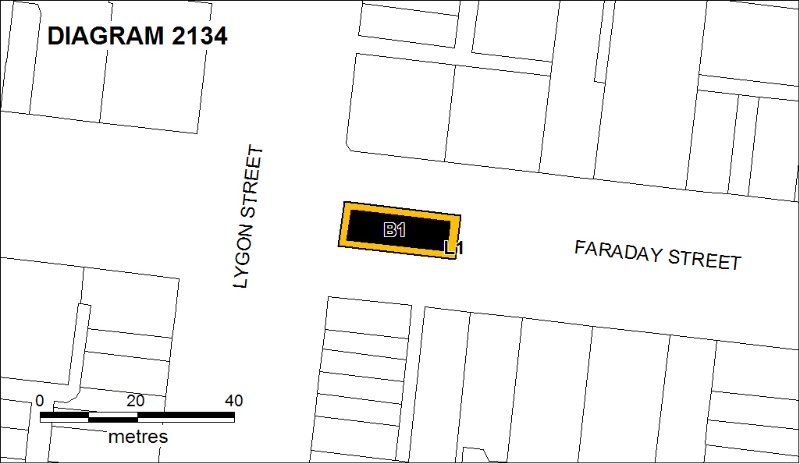 The underground women's and men's public toilets in Faraday Street, Carlton, built in 1939,are one of the eleven built in Melbourne in the early twentieth century in response to public demand for public toilet facilities in Melbourne that were both sanitary and discreet. Street-level toilets were regarded as indecently open to public view. Underground toilets, which removed toilets from public view, had already built in Scotland, England and Sydney. The establishment in December 1890 of the Melbourne & Metropolitan Board of Works, responsible for building and maintaining an underground sewerage system, provided the necessary infrastructure. The first underground public toilet in Melbourne, which included facilities for women as well as men, was opened in Russell Street in 1902. Several more were built before World War I: a men's in Queen Street in 1905; a men's and women's in Elizabeth Street opposite the Queen Victoria Market in 1907; a men's in Swanston Street in 1909 (now demolished); a women's in Elizabeth Street outside the GPO in 1910 (a men's was added in c1927); and a women's outside the Town Hall in Collins Street in 1914 (a men's was added c1960). Another was built in Flinders Street in 1918. Four more were built in the 1930s: this one in Carlton, one in West Melbourne, and two in East Melbourne (one of which is now demolished).

The underground public toilet is in the centre of Faraday Street, east of the junction with Lygon Street, Carlton, and adjacent to the Lygon Street shopping strip. Above ground elements are very similar to the earlier underground toilets built in Melbourne between 1902 and 1918, consisting of two stairway entrances enclosed by iron railings on bluestone bases, iron gates and cast iron combined ventilation pipes and sign posts. An added feature at ground level, found only on this toilet and the 1938 one in West Melbourne, is the moderne style polychrome brick ventilation shaft with decorative wrought iron panels, located centrally between the two entrances. The toilet appears to retain some of its original features, including wall tiles and cubicles. It is still in use.

The underground public toilet in Carlton is of historical and architectural significance to the state of Victoria.

The underground public toilet in Carlton is of historical significance as one of the group of public toilets built in Melbourne in the early twentieth century which reflects an important era of sanitary, technological and social reform, as well as contemporary attitudes to public decency. It is a reflection of a major engineering achievement, the development of Melbourne's underground water, drainage and sewerage system, and the advances in sanitation and public health made possible, following the establishment of the Melbourne & Metropolitan Board of Works in 1890.

The underground public toilet in Carlton is of architectural significance as an example of an unusual building type, and of early twentieth century civic design. The iron railings, gates and columns and the brick ventilation shaft are of interest as examples of street furniture of the period.