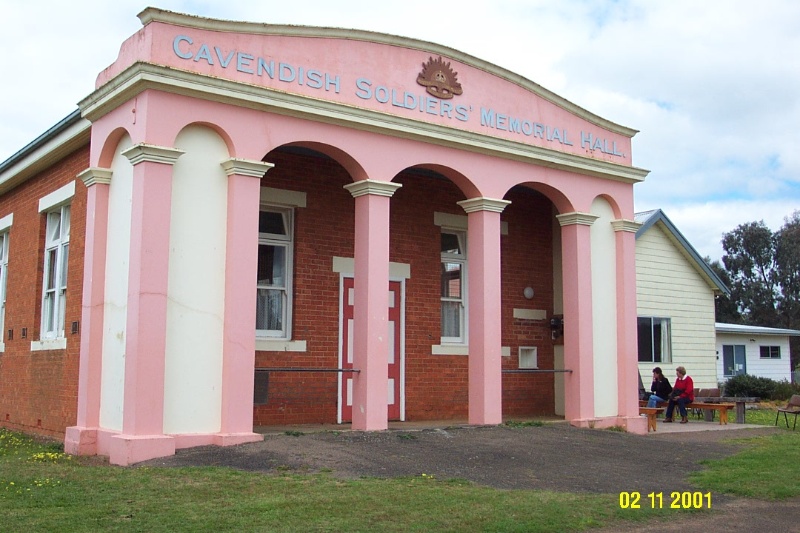 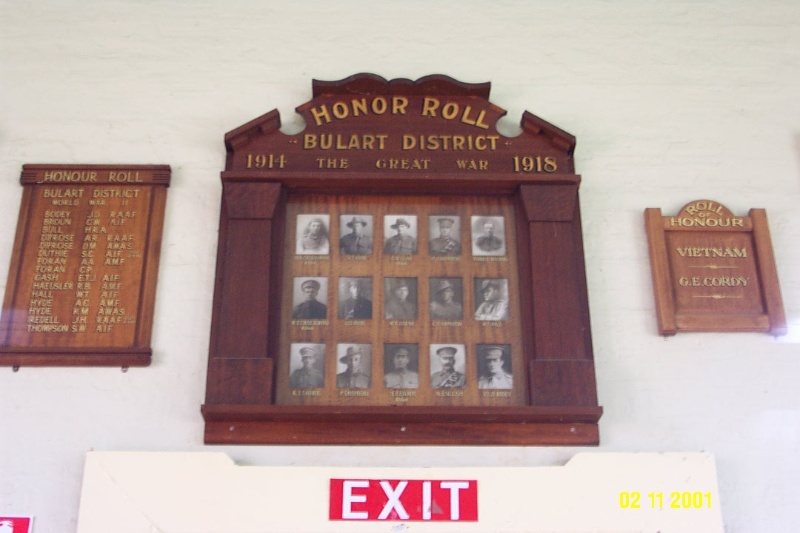 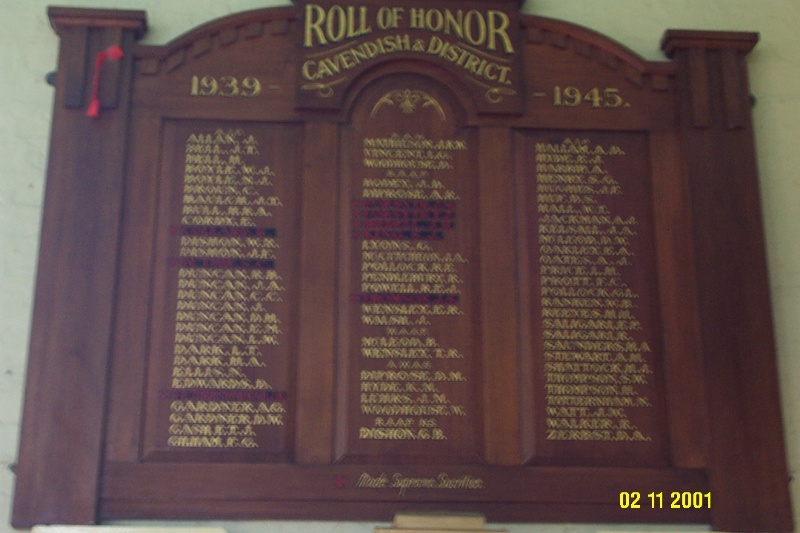 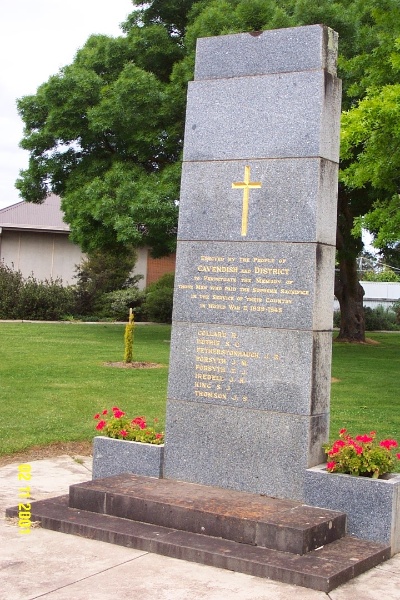 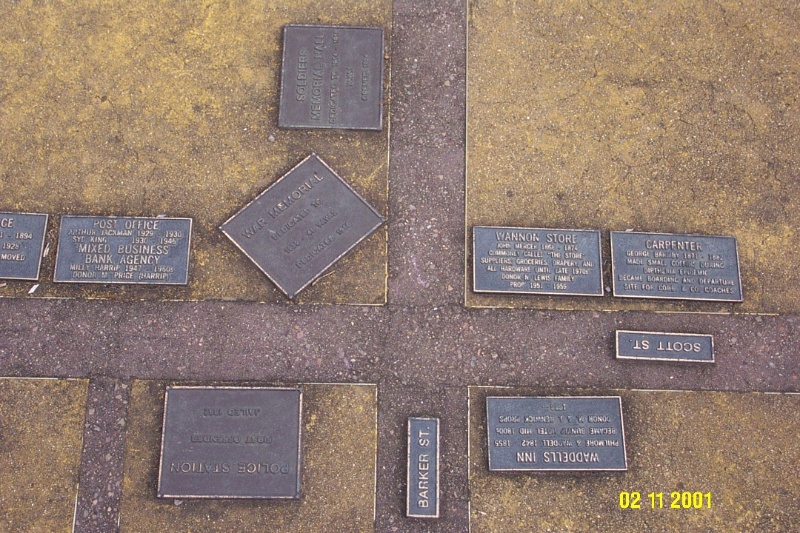 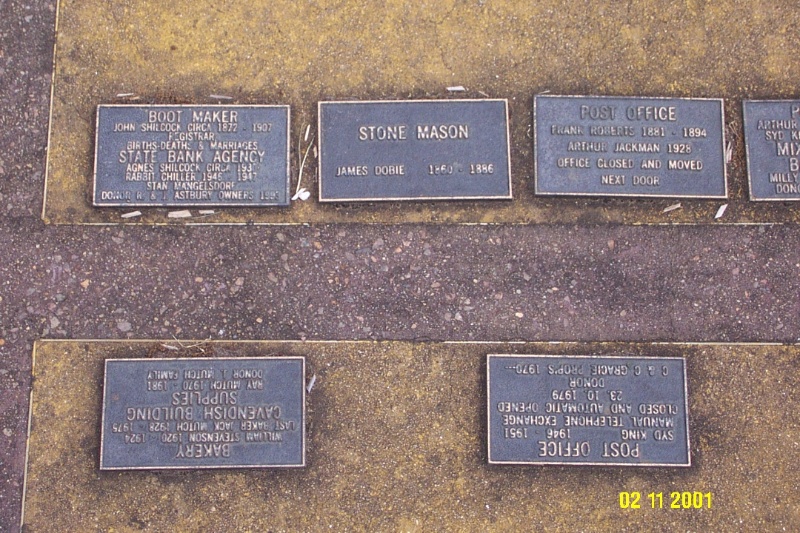 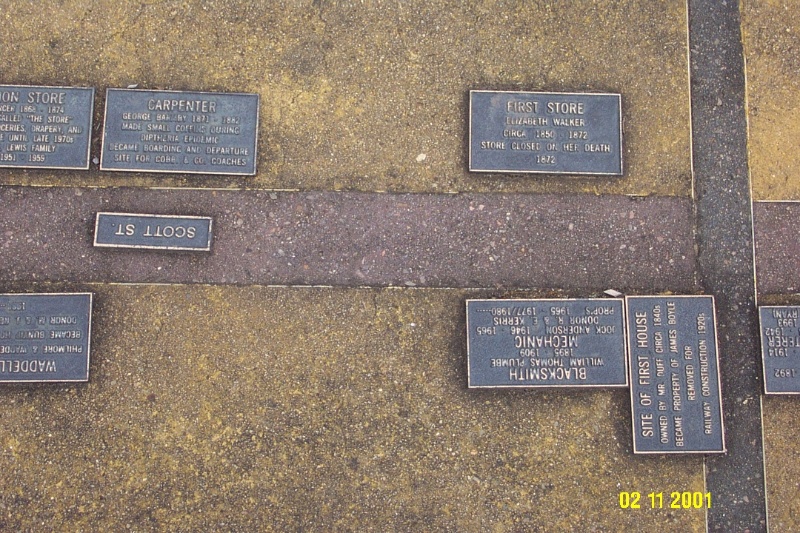 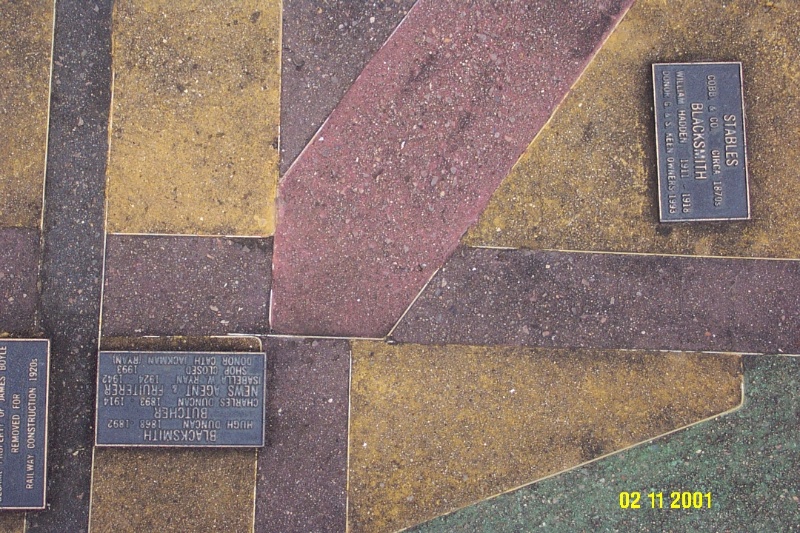 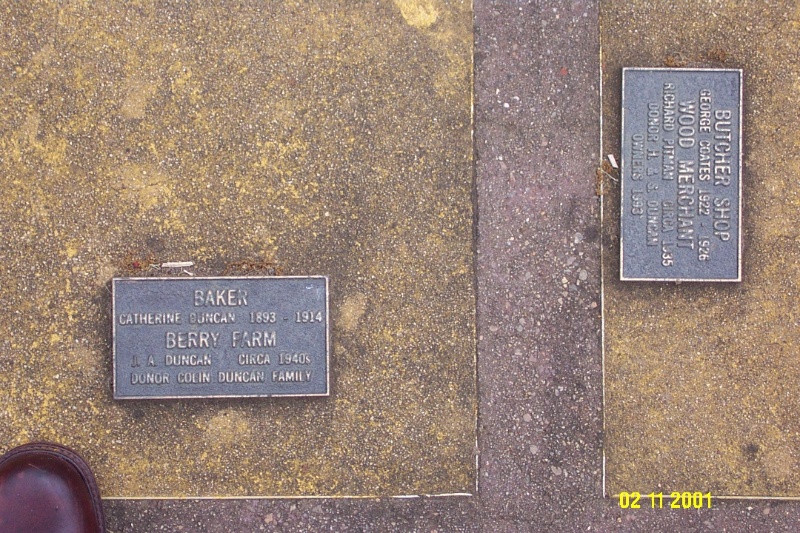 What is significant?
The Memorial Hall and Park are located in the centre of the township of Cavendish, on the north east corner of Scott and Barker Streets. The park contains several structures and plantings, including a war memorial with associated symbolic plantings, all of which is in excellent condition. The Memorial Hall is a single storey red brick hall with an unusual narthex incorporating seven arches across the front in the form of an arcade. The pediment has a symbol of the rising sun located in the centre and below it there are the words "Cavendish Soldiers Memorial Hall" in raised lettering. The southern elevation has been compromised by a large extension, recently remodelled, which now provides the main access to the hall. Internally the building has one main hall, an elevated stage and small rooms at the rear. The main hall has several traditional memorials on the wall. All are polished timber with gold lettering and some include photographs of those who served. The hall is in good condition, and the park and war memorial are in very good condition.

How is it significant?
The Memorial Hall and Park in Cavendish are of historical, architectural and social significance to the township of Cavendish and the Southern Grampians Shire.

Why is it significant?
The Memorial hall and park are of historical significance as a prominent and well-used public building and public open space in a street that has been an important commercial thoroughfare and thus is a reminder of an earlier, more prosperous era of the town's history. The hall has additional historical significance for its association with those who have served and those who have fallen from the Cavendish area in World Wars One and Two. The Park is of a complimentary nature, providing further historical interest, as it has been created as a memorial park which houses the town's war memorial and symbolic memorial plantings. The complex is of social significance for the association with returned soldiers, and remembering those who have served and fallen in conflict. It is of further social importance for its role as an important local meeting place for over 80 years. The hall is of architectural significance for the unusual narthex incorporating seven arches across the front in the form of an arcade. This is a rare example of Interwar free classical architectural style in the Southern Grampians Shire.
Show more
Show less
All information on this page is maintained by Southern Grampians Shire. Click below for their website and contact details.