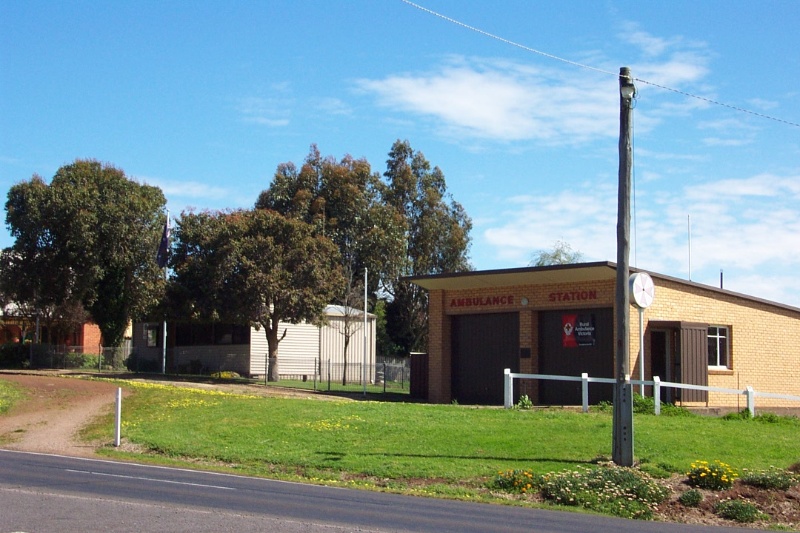 What is significant?
Charles La Trobe, Superintendent of the Port Phillip District established the Mount Rouse Aboriginal Protectorate in early 1842 at what would become the township of Penshurst. On behalf of Governor Gipps, he was responding to external pressure from Britain, both public and private, to deal humanely with the indigenous people and internal pressure from local squatters to deal with 'outrages' by both sides. It was deliberately sited in the vicinity of Mount Rouse, or Kolor and a permanent spring to the north-west, which was a traditional meeting place for Aborigines. There were other culturally insensitive aspects that eventually undermined the Protectorate's success. The aim was to stop the sometimes fatal hostility between Aborigines and Europeans, to educate Aboriginal children and to care for the increasingly ailing population. The establishment appears to have comprised little more than a cluster of crude huts on the slight rise above the spring. Nominally under the control of the Chief Protector, George Augustus Robinson, local responsibility fell to his deputy, Charles Wightman Sievwright who had investigated the death of the overseer, Patrick Codd in 1840 which had triggered La Trobe's concern. While frustrated by his circumstances, limited by his resources and having to endure the antagonism of most of the squatters, Sievwright appears to have worked conscientiously. Dr John Watton replaced him as Medical Officer. More popular with the local squatters, he and his family integrated themselves with the squattocracy through their connections and by marriage. The Protectorate had failed by the early 1850s. Certain benevolent individuals, the local Herrnhut community and the Aboriginal Missions at Lake Condah and Framlingham then cared for the surviving Aborigines. The government threw open the land for squatting again and surveyed the township of Penshurst. The town's plan was centred on the cluster of huts and that land became the Police Reserve. A plan drawn by the Surveyor, Robert Hoddle dated 1858 shows the huts and Codd's grave. The huts survived, at least until the 1860s, when it was proposed to use them as a police station and residence. This was rejected because of their intolerable condition and it was not until the early twentieth century that the present police residence was built including a small police station. The Penshurst Telegraph Office was built in 1863 and the new Post Office, Post Master's Residence and Court House were built in 1877. The area where the huts had been remained relatively untouched until the construction of the ambulance building and prefabricated police station after 1960. While no above ground fabric survives, the site retains a very high archaeological potential.

How is it significant?
The Mount Rouse Aboriginal Protectorate is of historical, social and archaeological significance the township of Penshurst, the Southern Grampians Shire and the state of Victoria.

Why is it significant?
The Mount Rouse Aboriginal Protectorate is of historical significance as a protectorate established as a result of the British government's response to a Select Committee of the House of Commons which recommended a Board of Protection in NSW and because of the death of Patrick Codd. It has specific historical significance for its direct connections with Superintendent La Trobe, the Chief Protector, George Augustus Robinson, who had acted similarly in Van Diemen's Land, his deputy, Charles Wightman Sievwright, and Dr David Watton, the later Medical Officer. This official connection continues through the planning and development of Penshurst from 1851 until today. It has further historical significance for its general associations with the squattocracy, especially the displaced squatter John Cox. The Protectorate has social significance as a demonstration of humane principles in the treatment of indigenous peoples, as a response to the hostility between two sides of an imbalanced conflict, and, ultimately, for its failure to resolve the cultural gap between Aborigines and Europeans. The site has archaeological significance for its potential to elucidate the relationship between Aborigines and Europeans from the early 1840s until the early 1850s.
Show more
Show less
All information on this page is maintained by Southern Grampians Shire. Click below for their website and contact details.