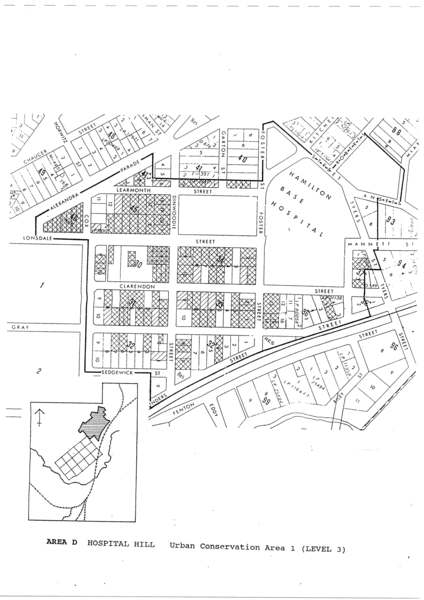 The Hospital Hill area is of local significance for the collection of important buildings, including several landmarks, and for Bree Park. The spire of St Mary's rivals the spires of Church Hill. Like Church Hill, this area is another important residential part of Hamilton. It includes the home of Reg Ansett, a modest Californian bungalow at 12 Learmonth Street, and reflects his relatively humble beginnings. The Hamilton Hospital includes a wide range of purpose built buildings from different periods, the most dominant of which is the multi storey Princess Margaret Nurses Home. It is the tallest building in Hamilton.