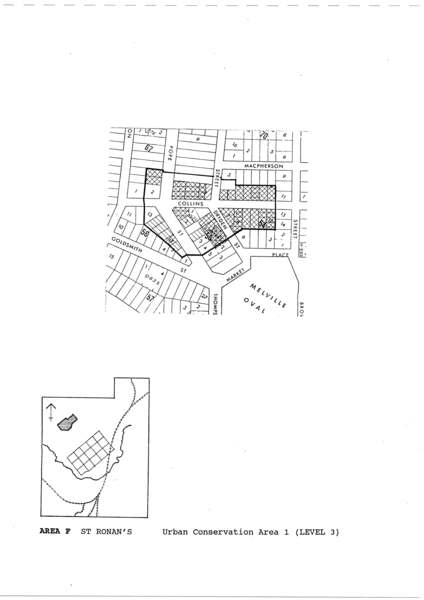 The St Ronan's area is of local significance for both its architecture and its historic associations. It includes an important collection of buildings ranging in date from the earliest period of Hamilton's settlement to the interwar period and gardens which compliment the significance of the individual buildings. The planting and domestic scale of the St Ronan's area are critical and promote, with the topography, an important view to and from the centre of Hamilton