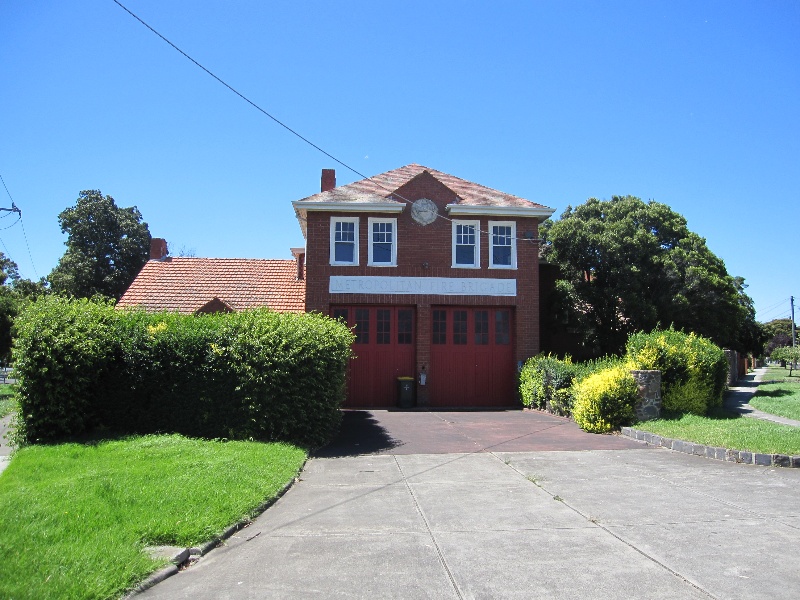 The Essendon North Fire Station was constructed by W.O. Longmuir & Son in 1930 to the design of Cedric H. BalIantyne. Ballantyne had extensive experience in the design of suburban fire stations, firstly, as a draughtsman for Oakden & Kemp, next, as a partner of Oakden and finally, as a sole practitioner.

The building is architecturally significant as a remarkably intact example of a fire station built in the English Domestic Revival idiom (Criterion E). The intact engine room doors are particularly noteworthy, since many suburban fire stations have been altered to accommodate the larger dimensioned fire trucks now used. The domestic aesthetic of the building reflects MFB policy of the early twentieth century, which sought to provide more commodious accommodation for employees and their families and encourage a sense of the fire brigade as a family friendly organisation.

The building is historically significant as a manifestation of this shift in Metropolitan Fire Brigade policy relating to the provision of quarters for married men and their families, a change brought about by Fire Chief Harrie B. Lee, who was appointed as the new Fire Chief in 1913.(Criterion A)