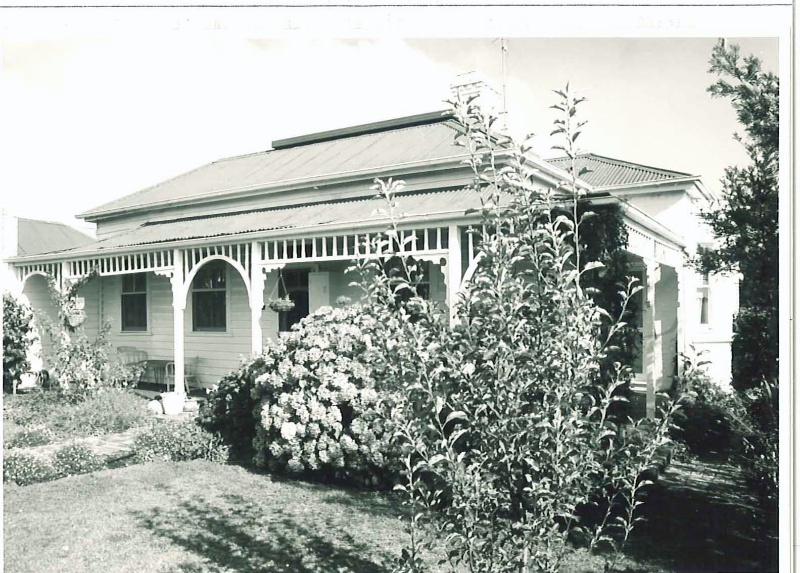 SIGNIFICANCE:
The house shows the typical development of an original brick cottage over the
years, and it enjoys a new cottage garden.

This weatherboard and brick house has local significance for its architectural interest as an example of the development of an early cottage over the years. Notable features include the four-paned windows, the Edwardian alteration to the timber verandah, and the cottage style garden. It is significance also for the historical associations with William Holden(c1832-1910), an important early Hamilton builder who constructed a number of Hamilton residences including Dr Viall's Hewlett House at 36 Gray Street (1876), Roxburgh House at 64 Thompson Street for Dr J R Wylie (1874-75), St Ronan's at 5 Dryden Street and the Academy (now St Mary's School). ([i]) Holden was the owner/occupier of a wooden house (NAV 12 pounds) on the site of Tavistock in 1876. ([ii]) Brick additions may have been made in 1885 when William Holden, mason, was listed as the owner/occupier of a house, NAV 24 pounds, ([iii]), described in 1888 as abrick house. ([iv]) During the 1880s, William Holden, builder, was listed as the owner of a stone house at 49 McIntyre Street, which he let in 1893 to Harrison Gummow, newspaper proprietor. ([v])